Getting Hands Dirty Is Good for the Soul 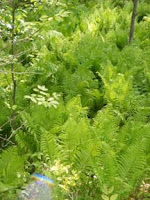 This is my personal, close-to-home jungle, far from the monsoons of India but the closest I can come to an image to go with this post. I figured out what irritates me in Louis Bromfield’s fiction. He can’t leave character judgments to his reader. Such-and-such a character we are supposed to see as small-minded and ridiculous, another as innocent and passionate (Bromfield likes to join these two qualities, and a character lacking one will also lack the other), etc. The main character in THE RAINS CAME lost both his innocence and his passion in the war; still, we are to admire the perspicacity with which he sees through other characters. If only Ransome had turned to writing, like his author, he might have been saved! Well, perhaps he will be saved yet in this novel, but I’m not sure I’ll stick it out to the end.

It seems particularly unfair, in a sporting sense, that an author should expose to ridicule the characters he himself has fashioned. He has bestowed their faults on them, after all, and the motivations that drive them come from his imagination. Bromfield imagines the motivations of his characters much too clearly, too narrowly. He stacks the deck. I miss the sympathy of Betty Smith (A TREE GROWS IN BROOKLYN), who created a few characters one would not want to sit next to on a bus but still managed to convey understanding for why they had constructed such prickly defenses for themselves. What Bromfield does for individual characters he does also for religions, cultures and nations. The deck is stacked, motivation narrowly ascribed, judgment passed. Too simple! Too pat!

So what a lucky break for us readers that Louis Bromfield turned from fiction to farming and gave us his healing vision of wornout land restored to productivity. I imagine farming healed his spirit, too. The weariness he felt when returning home to Ohio from Europe has an echo in the weariness of Ransome in THE RAINS CAME, but there is no room in MALABAR FARM for despair, no time for self-pity. That makes sense, too. Now that I've got radish, turnip, chard, beet, carrot and bean seeds in the ground, the earth feels like a mighty good place.
Posted by P. J. Grath at 6:42 PM