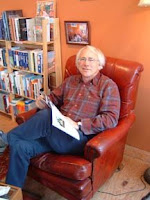 This book was a fun read but isn’t easily categorized. From the title and cover art, I expected a mystery. My expectation of a “mystery,” however, involves the description of a crime committed early in the story, with the remainder of the story describing the unraveling of who committed the crime and how. QUIVER should perhaps be called a “crime novel” instead of mystery. Mr. Leonard has cleverly turned things around, in that he builds a complete description of his characters, both criminals and victims, in the first half of the story, and then the reader becomes an observer during the planning and commission of the crime in the latter part. In this way the author builds the excitement slowly, increasing the tension as we move toward the conclusion. This is especially true when the victims become aware, during the carrying out of the crime, that they are to be killed so they can’t talk to the police. How they extricate themselves from their planned fate makes the last part of the book an exciting ride, and once the criminals swing into action, you won’t want to set the book aside.

Interestingly, this is the second book of fiction I have read recently that takes place (in part) in Leelanau County and also has a woman as the principal character. In this story the woman lives with her teenage son, her husband having died in a tragic accident. An old friend with a prison past comes back into her life, inadvertently introducing criminal pals who spot a chance for easy money. At the conclusion, the woman and her son are trapped by circumstances in a cabin in Leelanau County and must deal on their own with the band of nasty but somewhat inept criminals.

The book is set in two distinct places. The first half, where the characters are introduced, takes place in Detroit, and anyone who has lived in Detroit will recognize many familiar landmarks, although since most of this part of the story centers on the criminals, many of the landmarks are of the slightly sleazy variety. (In fact, the author paints such an accurate picture that it reminded me of why I left Detroit.) The second half, where the crime and most of the action takes place, happens here in Leelanau County, in Northport and around Cathead Bay. Mr. Leonard does a nice job of contrasting the peace and quiet of our area here with the turmoil of Detroit, but he doesn’t go into nearly as much detail in his description of Northport as in the Detroit portion, so I got the feeling that he has never lived here, unlike the sense I got from Bob Underhill in his recent book CATHEAD BAY, which uses much the same setting more familiarly.

Just in case you aren’t aware, Peter Leonard is the son of the immensely popular novelist Elmore Leonard. This is Peter Leonard’s first novel. In particular, the clever way he builds the tension to the story’s conclusion makes this an exciting crime novel and a required summer read, and I think you’ll want to look for more work from this writer in the future.