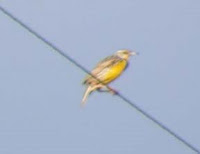 Today in the bookstore I started telling a friend that our veterinarian had been giving me the—I stopped, suddenly unsure. “Third degree? Fourth degree? Fifth?” I put the question to those present. One woman browsing in the foreign language section swore it was the fifth, but no one knew where why degrees came into it at all. I could have pulled out a dictionary or e-mailed Michael Sheehan at Wordmall, but Googling was quick and easy, and Answer Bank told me that the correct degree was third, that the phrase came from Masonic ritual, third-degree being a level of rigorous examination coming after first- and second-degree mastery. That left us, however, not knowing what to do with “fifth,” and my friend suggested the “Fifth Estate.” No, I had that one down pat: the press is known as the Fourth Estate. “What are the other three?” David asked. I had church and nobility but had (God help me!) forgotten the commoners. These three were the official Estates General of France, as the Ancien Régime was organized prior to the Revolution. “’Taking the fifth’” was David’s suggestion for rounding out our 3-4-5 discussion, and that, I’m glad to say, stumped none of us. At least we’re not ignorant of our own Constitution.

(This is the kind of topic typically addressed in blogs, isn’t it? Every once in a while I have to do something typical. But now, moving on….)

What do you do when you wake up at 3 or 4 a.m. and can’t get back to sleep? I got up and pulled a book off the shelf: FLOWERS FOR ALGERNON, by Daniel Keyes, thinking I had never read it. Well, it turned out that I recognized the story, but it’s been so long that I don’t remember what happens, and diving into it seemed like a good way to use unplanned time awake before dawn.

FLOWERS FOR ALGERNON reminds me of THE CURIOUS INCIDENT OF THE DOG IN THE NIGHT-TIME, by Mark Haddon, in that both authors create narrators whose minds work very differently from the minds of most readers. Haddon’s young male protagonist is autistic, while 32-year-old Charlie Gordon is retarded until he undergoes the same operation that turned a laboratory mouse, Algernon, into a genius maze-runner.

The reader meets regarded Charlie first as a retarded person (the mouse beats him at the maze, time and again), then witnesses, through Charlie’s written “progress reports” to researchers and his later, more personal private journal entries, the growth not only of his intellect but also his awareness of himself and others. Until he got “smart,” Charlie didn’t realize his co-workers at the bakery were making fun of him but thought they were his friends. (They reject him when his intelligence surpasses theirs.) When he goes to one of the researchers for help with a moral dilemma, he is dissatisfied when told he bears no responsibility. “But I’m not an inanimate object,” he objects. The researcher says, “I meant before the operation,” but Charlie replies, “ I was a person before the operation.” The difference is that “before the operation” he didn’t realize when others were not treating him as a person, deserving of respect. It’s a difficult realization.

As I say, I don’t remember what happens in the story but will find out (again) as I continue reading. One of the pleasures of forgetting is being surprised all over again.

The mental processes of young Christopher in THE CURIOUS INCIDENT do not undergo radical transformation. The limits and gifts he has at the beginning of the novel he has still at the end. The difference is not in his brain but in, if you will, his spirit. With every traditional coming-of-age story, the character must meet challenges and move forward into independence, and Christopher’s biggest challenge is autism. The hurdles he clears in the course of the story give him confidence for a future no one else in his life had been able to imagine for him.

Seeing the world through the eyes of another person is one of fiction’s great gifts. Seeing the world through the eyes of Charlie and Christopher enlarges our own worlds, as well as our sympathy for others. It’s also a reminder of how much courage some people need in what are for the rest of us quite ordinary situations. So much of what we take for granted is wondrous, miraculous.

Tonight the world is washed clean by the rain, the light clear, colors singing.
Posted by P. J. Grath at 6:16 PM

My favorite 3am book just now is A Sand County Almanac, but I might have to try Flowers for Algernon. I'm pretty sure I haven't read it . . . you know how it is. I've had the experience of great change, and the realization that comes with it - that nothing in Life Before was quite as we thought it was. Then, of course, comes the corollary: Life After probably isn't quite as it seems, either. Like Charlie, we'll just deal with it.

I raced through ALGERNON, finishing it this morning. How often is a book worth reading something you can get through so quickly? Well, For some people, a book a day might be easy, but I'm a slow reader.