The Irish in Me 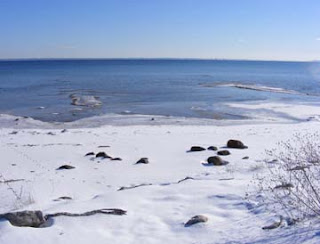 Thanks to my sister Bettie, I now have copies of a few documents relating to the maternal grandfather we never met, Patrick Daley of County Cork. All we knew of him for decades was just that: Patrick Daley from County Cork. Now we know more.

It’s strange to have specific information for the first time—his date of birth, December 13, 1886, and place of birth, Fermoy; to know that at the age of 30 (having immigrated to America in 1913) he registered for the draft in Dayton, Ohio, identifying himself as a citizen of the Republic of Ireland, employed as a furniture finisher for Burkhardt Furniture Company on Monument Avenue in Dayton; to have evidence on paper that he and Grace Braudendistel [the spelling on the document, though we were never given that name with an ‘r’] were married in Dayton in February of 1918 at the Church of St. Joseph, “according to the Roman Rite of the Catholic Church.” There is even a physical description: “medium build, slender, blue eyes, dark brown hair.” My mother, at the time of her own marriage following World War II, could have been described in the same words.

For me, these details deepen the mystery of my mother’s father rather than diminishing it. For the first time I have sketched for me a living person rather than simply a name from an Irish county. A man peers out from behind the myth (of which, over the years, we had conflicting versions), but he is still in the shadows.

The man, though, gives me a different perspective on Irish history. It’s all more personal. I read of the Mitchelstown Massacre in 1887 and think, “My grandfather was less than a year old then.” Reading Nuala O’Faolain’s wonderful MY DREAM OF YOU (so richly layered and full of surprises), I realize that my grandfather’s parents were among the thin ranks of “survivors,” those who neither died nor emigrated during the Famine.

Another Patrick, Patrick Gallagher, whose grandfather of the same name was born in 1842, writes in his introduction to Laurence O’Connor’s LOST IRELAND:
“Old photographs are spooks left by their subjects, emanations of their presence, tracings of their bodies. They are not at all one man’s image of another, as is the painted portrait. They are tangible after-images of existence: they diminish imagination, offering in its place an embarrassing closeness to the waxy dead.”
We still have no photograph of Patrick Daley, but this documentation offers traces of his existence, and I find myself with new markers in time.
Posted by P. J. Grath at 4:21 AM