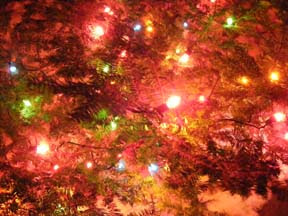 The other night I was having such a bizarre and interesting dream that when I woke up I grabbed a pen and paper to write it down. In the dream I was substitute teaching high school English. The topic for the day was ‘profit,’ but I didn’t know what book the students had been assigned to read. They were all sitting on their hands, so to speak, trying not to make eye contact with me as I endeavored to get them to think about ‘profit’ and the associations the word had for them. Finally one boy uttered a word (and I can’t remember it exactly) that sounded like either ‘typhoon’ or ‘tempest’ or both, and I thought, Fine! I’ll take anything I can drag out of them and turn it into a discussion. My next thought was Shakespeare’s THE TEMPEST and the character of Caliban. I quoted to the students Caliban’s bitter line, “You taught me language, and my profit on’t/Is, I know how to curse.” Then I remembered Miranda and her exclamation on seeing the first beings she has ever seen on the island outside her father and Caliban, and suddenly I remembered the assigned reading for the day--BRAVE NEW WORLD, by Aldous Huxley. But I was distracted from Huxley by all kinds of thoughts about Shakespeare and economics and world trade, e.g., What benefit did Prospero (the prosperous British noble) bring to Caliban, native of the island? Today, awake, I looked into the play and felt I’d never read it before. Must begin from the beginning again!

The sun shone all day in Northport, which raised everyone’s spirits considerably. Lots of snow and ice melted. The air was (relatively) warm. People were out walking and shopping and smiling, and it was a busy, pleasant day at Dog Ears. At the end of the day, as dark came on, the many bright lights were as cheery as the sunshine had been.

Started WATER FOR ELEPHANTS last night and got two-thirds of the way through the book, which surprised me. I'd thought it would last a week, at least, but the story moves along very quickly.
Posted by P. J. Grath at 4:55 PM

Hmmmm - dreams tell stories of their own. Does someone harbor latent desires to instruct our youth in expanding their literary horizons?