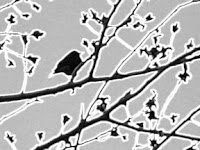 THE HOUSE OF SAND AND FOG, by Andre Dubus III

It began with what should have been a minor, correctible clerical error, but when Kathy receives repeated notices for a tax she knows she doesn’t owe (the notices should have gone to Biscove, not Bisgrove), she stops opening mail from the county and so misses the notice of eviction for nonpayment of taxes due. Her life as a recovered drug user and alcoholic had already hit the skids when her husband suddenly left one morning with no explanation. That was bad enough, but prospects decline further as she is forcibly turned out of her house, her belongings dumped in a hot little storage building. The money she makes cleaning houses and offices won’t be enough to keep her even in the cheapest of motel rooms for as long as it may take to regain her property through legal processes.

Enter a former colonel from the Shah’s army. A married man, father of two, Behrani works days on a road cleanup crew and nights in a convenience store. Every morning he leaves the apartment he won’t be able to afford forever on his current earnings dressed as if going to a high-level office, keeping up appearances, telling himself that the masquerade is essential in order that his daughter may marry well. His children have no idea what he does away from home. Once his daughter is married, however, Behrani lays a plan to improve rather than hide his financial situation. He will use some of the dwindling money they have left to buy a house at auction, cheap, then resell it for two, three, four times what he paid. One house at a time, he will regain his rightful place in the world.

Kathy’s house is offered at auction. Behrani buys it and moves in with his wife and teenage son.

Behrani comes to the little bungalow trailing a history of pride and guilt over his career in Iran, where, because of endemic corruption he was able to live very well at the top of the social ladder. Overtly he believes he deserves much more in America than he has: secretly he believes, at least part of the time, that he deserves to be executed for his past associations and that it is only a matter of time before justice is served.

Kathy’s feelings of low self-worth are closer to the surface, her personal history one of social and marital failure and substance abuse. She is her family’s black sheep, the one the rest watch for signs that she is once again falling into drug use, losing whatever ground they have helped her gain. When her mother telephones from back East, Kathy says that her husband is sleeping or away from the house, hiding the fact that Nicky has abandoned her.

The third major character is Lester, one of the policemen on the scene when Kathy is evicted from her house. Drawn to her helplessness as much as her sexual allure, Lester responds to Kathy with feelings strong enough to overcome his confusion, ambivalence and skewed sense of proportion. Is he a servant of the law, deliverer of justice, or is this his last chance for a deep and meaningful relationship, something more valuable than his wife and children at home? Lester wants to help people but is dominated by fear and regret.

The three major characters have all become lost along life’s way, hiding shameful secrets from the ones they love most. What might have become of Behrani and his wife and son, of Kathy and Lester and their families, without the eviction and auction brought about by a small clerical error? The error was made, the wheels set in motion, and moral dilemmas multiply for all concerned, with conflicts between and within characters. Narrative point of view shifts among the characters, giving the reader access, one at a time, to their thoughts, emotions and memories,. We don’t know what will happen next because the characters don’t know what they will do next, let alone how others may react, and the action builds powerfully, inexorably. Behrani’s wife and son, in their smaller roles, grow in dimension as they are drawn into the vortex.

The subtlety and complexity of this story, diversity of the characters’ backgrounds, economic and political realities in conflict, individuals struggling to make sense of their lives, and, above all, the compelling quality of the writing make this a book I recommend without qualification. I imagine lively book club discussions, especially in mixed-gender groups and those with diversity of background.

(There is snow on the ground this morning and more snow falling, but it is a spring snow, not winter. That's my story, and I'm sticking to it.)
Posted by P. J. Grath at 3:52 AM

I have that sitting on a stack of books by the bed. It has one of those "best ever" titles, like "Bonfire of the Vanities" has.

Do you mean it's blurbed on the cover as one of the "best ever" (true, I'd say), or are you saying the title itself is one of the best, in your opinion? And along the lines of that latter idea, have you ever noticed how the word 'river' and the word 'stone' or 'stones' seem almost to guarantee a book's popularity? I could be imagining that, though. Don't have scientific data.

Sounds like a good book! You've got my interest peaked with such a good review. I'll have to look for this one.

There's a movie, too, starring Ben Kingsley, which I've wanted to see ever since it came out, but now I'm glad I didn't see it before reading the book. This way everything in the book caught me by surprise.

P.J. The "Best ever" title is my opinion.

Now, do you think I could do a book "River of Stones" and it would be a bestseller? Seriously, I am working on writing a book that might have river in the title.

Oh.. and as for nice sounding "something of something" book titles, look up the novel titles of books by Robert Jordan and Terry Goodkind. Titles like "Pillars of Creation" and "Soul of the Fire" and "Crossroads of Twilight".... they usually sound very nice, and have the time have little to do with the content of the novel (I've read all of these, actually).

RIVER OF STONES would be a good title for a novel set in a Japanese garden. I'm guessing yours is something different? One of my all-time favorite titles is Kundera's THE UNBEARABLE LIGHTNESS OF BEING.