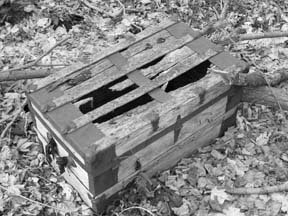 John Grisham has written 18 novels, all of them set within the legal profession. As he was once a practicing attorney, they are particularly realistic and, as a result, all of them have been best-sellers. This, his most recent book, is a significant departure: it is a true story. THE INNOCENT MAN describes the experiences of a man who arrested, tried, convicted and sentenced to death for a murder he didn’t commit.

Grisham came across a brief newspaper article reporting that a prisoner had finally been freed on DNA evidence after many years on death row. Curious as to how such a thing could happen, in spite of all the protections built into our legal system, Grisham decided to go to the town of Ada, Oklahoma, where the original conviction took place, to investigate the circumstances.

In his interviews with the police, prosecutor, lawyers and judges, it became apparent to Grisham that the police in this town were under a great deal of pressure to keep criminals off the streets and that a possibly innocent person in jail was better for them than no arrest at all. Once someone was in jail, then, all investigative efforts worked to keep him there, and, all too often, contrary evidence was ignored or manipulated to support the suspicion of guilt. As the suspect moved through the courts, therefore, he faced the attitude that if he was in jail, it was probably for a good reason.

The U S Supreme Court has installed a comprehensive safety net to protect citizens in our legal system, highlighted by “Miranda” readings and free access to legal help. Because of these protections, many people complain that it has become too difficult for the police to make arrests and that, too often, guilty criminals go free. But as Grisham illustrates, in spite of all the protections in place, the system isn’t perfect. Innocent people may still be convicted and even executed.

It’s interesting to note that Grisham, perhaps from a feeling that his regular readers would perceive this book as another of his novels, decided not only to interview participants, but also to identify all of them by name and to include photographs of the convict, his family, the police, prosecutor and judges in the case. It’s somehow more persuasive to see a picture of each of the participants as their actions are described.

Even though THE INNOCENT MAN is nonfiction, John Grisham’s experience as a fiction writer has served him well in building with this book a suspenseful, exciting and emotional story of one man’s harrowing journey through our legal system.