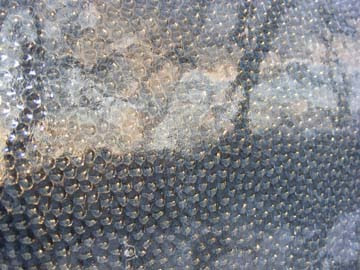 What is the image above? Clearly too regular to be a frost pattern, but frost may have been the inspiration for this old outhouse window, 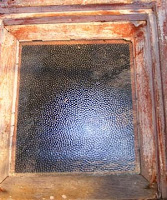 though it’s not as elaborate as the bathroom window on the house where I grew up, which was much more like the frosted window I photographed at our farmhouse last week. 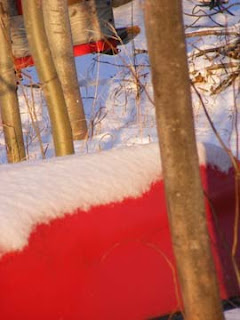 Cold air, ground icy underfoot, but the Sunday sun brought a warm glow, made warmer still where it struck a bright red canoe and, in the background, the red frame of a garden trailer. 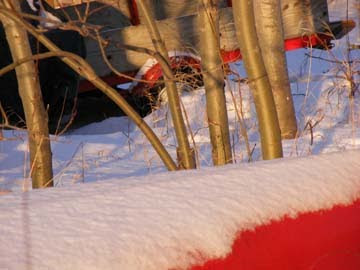 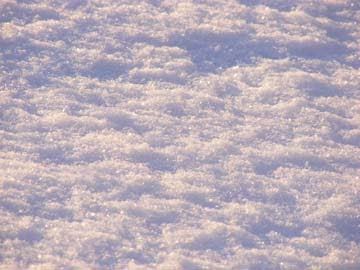 Sun on snow. Warm or cold? What do you see?

Now it’s Monday, and winds are Arctic again. Not only Lake Michigan but even Grand Traverse Bay waters are whipped into whitecaps. My land observation of the morning is that snow devils I’ve seen (along the road, in fields, on roofs) all seem to whirl counter-clockwise. Do they spin clockwise on the Antarctic continent? 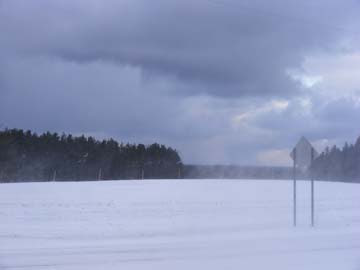 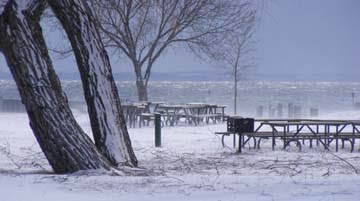 On the reading front, having recently made my way to the end of two long novels, I treated myself to something easier and more contemporary. Allegra Goodman’s Kaaterskill Falls was a world I lived in for only two days, but those were two wonderful days in another world, and closing that book I turned to an old book of short stories by Isaac Bashevis Singer.

...I raised the window shade and sat down and looked out into the night—black, impenetrable, without a moon. A few stars ran along with the train for a while and then they disappeared. Then it was swallowed in the darkness and another group of stars began to follow the train. I was turning with the earth on its axis. I was circling with it around the sun and moving in the direction of a constellation whose name I had forgotten. Is there no death? Or is there no life?

- Isaac Bashevis Singer, “The Cafeteria,” from A Friend of Kafka and Other Stories (NY: Farrar, Straus & Giroux, 1970)

I've taken food inspiration from Goodman and Singer, too, and am planning to make a sweet noodle kugel to take to New Year's Eve. It's so delicious but really needs a big crowd to finish it off in one evening.

Now, time for a Northport quiz: Where am I? 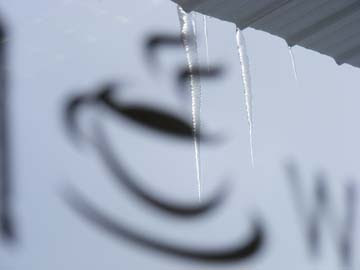 Ok, looks like a coffee cup. Another clue? Haven't seen the newest coffee place but is this a sign for the new place?

The prize goes to my sister in Illinois, who has not been to Northport since August 2008! Yes, Deborah, this is the sign for Brew North, the coffee house in the old North Country Gardens building across Waukazoo Street from Dog Ears Books. Now I have to figure out what the prize is so I can send it to you!