Sunshine on Snow, Trees on the Brain 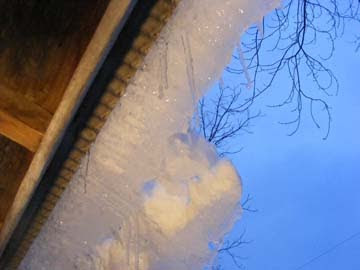 Sunshine today, sunshine in the forecast for tomorrow, snow for Christmas Eve and Christmas Day. We’ll see. Weather prediction is, after all, always a “We’ll see” proposition in Michigan. 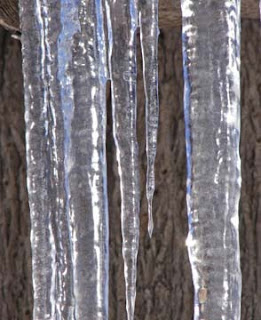 One bit of Northport news is that Nature Gems, the Petoskey stone shop (they also have other rocks, stones, minerals and objects made from same) run by Marshall and Mary Collins for so many years, is moving again, leaving the corner of Mill and Nagonaba for a space two doors east, the building most recently occupied by the Northport Bay Dog and Cat Company, which has now moved to Shabwasung Street. The little bark-covered building on the corner is the cutest place in town and the most visible location, but there’s just something about having heat and plumbing that’s mighty attractive!

Now that Stendahl is behind me, I was able to pick up something more recent and finished this morning Annie Dillard's last novel, The Maytrees. I say "last" because it's her most recent book but also because she has said she'd written enough books and planned to spend the rest of her life reading. Is this possible? Can a writer decide to stop writing? The Maytrees is a poet's novel. It is lyrical and distilled and sneaks up on you gradually, leaving you dazed at the end.

Holiday plus sunshine make a combination too distracting for me to settle down to a serious essay of my own today. I can direct you to one, though, and it’s important. Bernd Heinrich, author of one of my all-time favorite books, The Trees in My Forest, had an opinion piece published in Sunday’s New York Times. The topic is carbon offsets, and it is Heinrich’s thesis that “offsets don’t magically make carbon emissions disappear. Worse, relying on them to stem global warming may devastate our forest ecosystems.”

Heinrich comes at this question armed with knowledge both scientific and practical. Biologist and landowner, he has managed his own forest land and studied it scientifically for years with students from the University of Vermont. This is not someone talking off the top of his head. Here are a few bits from his piece for those who don’t want to click on the link:

Trees are often called a “carbon sink”—implying that they will sop up carbon from the atmosphere for all eternity. This is not true: the carbon they take up when they are alive is released after they die....

Beyond that, planting more trees is decidedly not the same thing as saving our forests. Instead, planting trees invariably means using them as a sustainable crop, which leads not only to a continuous cycle of carbon releases, but also to the increased destruction of our natural environment.

...[T]he [1997] Kyoto delegates decided that there would be no carbon-reducing credits for saving existing forests. Since planting new trees does get credit, Kyoto actually created a rationale for clear-cutting old growth [my emphasis added].

...A forest is an ecosystem. It is not something planted. A forest grows on its own.

...[I]f you want to plant a specific species of tree (for lumber or for offsets, you’ll have to apply an (petroleum-based) herbicide repeatedly over its lifespan.

...In the end, what was originally intended as a mechanism for slowing global warming has created huge economic pressure for ecocide. And there will be no objections from easily duped bleeding-heart “environmentalists,” who absolutely love tree planting because it sounds so “green.” 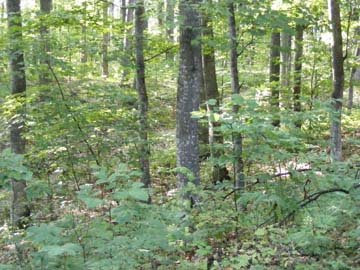 All right, that’s not a topic I can wrap up with ribbons and bows for you, but it hit me as important enough that I didn’t want to forget to bring it up.

1. Annie Dillard can do anything she puts her mind to.
2. The only way we're going to improve problems of carbon emissions and global warming and general junkification is to stop using so much stuff. Pretty hard to talk people into that, though. Even ourselves.

Just put "The Maytrees" on hold at my library...thanks for letting us know about it!

Had the opportunity this evening to tell someone who didn't know Annie Dillard at all to read PILGRIM AT TINKER CREEK. Seems the logical starting place to Dillard's magical world, which is also our own. Dawn, I think you will love THE MAYTREES.

Heard some senator on the radio tonight talking about how "we all" would agree that we want cleaner air. But are "we all" willing to cut back on energy consumption to get it? You're right, Gerry, that's the real question.