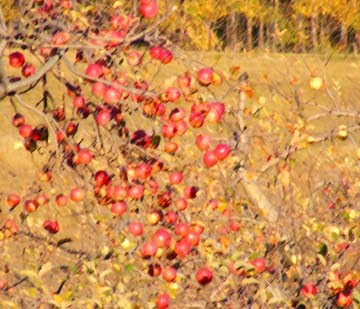 (Images in this post have been altered from the original photographs taken two days ago.)

“When I was a child I thought we lived at the end of the world.”

That line appears early in Alfred Kazin’s memoir, A Walker in the City, a book that can make a person nostalgic for someone else’s childhood. Not because Kazin idealizes the East Brooklyn neighborhood of Brownsville where he grew up. He does not do that at all. It was a place, in childhood, that he couldn’t wait to escape and to which, in manhood, he would never dream of returning. Still he begins his literary remembrance by saying, “Every time I go back to Brownsville it is as if I had never been away.” Familiar aspects of Brownsville seem to comfort him (though he never says so) even as they repel the sophisticated writer who has made for himself the life in “the city” that he always wanted.

Actually, I did not go very far; it was enough that I could leave Brownsville. Yet as I walk those familiarly choked streets at dusk and see the old women sitting in front of the tenements, past and present become each other’s faces; I am back where I began.

I turned hungrily last night to Kazin’s memoir. As a reader, I felt somewhat in the position of a chef coming off a long week’s work and dying for a cheeseburger. The last two books I had just finished reading were (1) a dense and difficult (though rewarding) work of political philosophy (Fear: The History of a Political Idea) and (2) a brilliantly written but emotionally grim new collection of short stories (American Salvage), by the author of Q Road, a novel I read recently and loved. So now I wanted something that wouldn’t make demands on me, and while A Walker in the City is hardly the literary equivalent of a cheeseburger its pages did open welcomingly. I would not have to work to form an opinion, since my love for this book established itself when I first read it, and I would not have to take notes or research background. Escape reading? Why not?

Then I started thinking again about memoir and its perennial appeal and how it is easier on a reader than fiction, in a way. Strangely, though someone’s real life, memoir lacks the immediate force of a short story or novel. We are not there, as in fiction, but only remembering (with the author) having been there. Time has passed, leaving room for reflection and reevaluation, so that the memoirist’s perspective, and therefore the reader’s, has the advantage of hindsight added to experience. Even in true stories of terrible childhoods or tragic events, the reader knows that whatever happened is now safely in the past. When we read a novel, on the other hand, it feels as if the events are taking place as we encounter them. 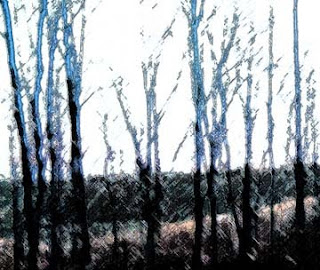 Well, this is a good case, Pamela, but what about that book Moscow, Farewell, by George Feifer? Don’t you remember how you kept reading more and more slowly, not wanting to come to the end, afraid of how it would “turn out,” even as you knew the events had already taken place? And weren’t you there on every page of that memoir, just as if it had been a novel? Maybe the comfort I am finding in Alfred Kazin’s writing is more in the fact of re-reading than in the particular genre. And now I’ve argued myself out of my own thesis with only one counter-example-- enough literary speculation for one day! 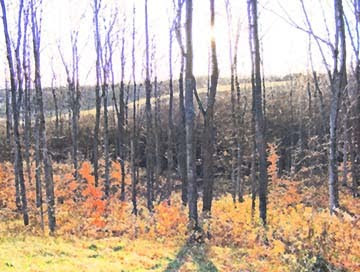 I'm totally buying into your thesis on the difference between reading memoir & fiction. Perhaps I should read the countering book you mention, but you've described the difference I usually feel when reading one or the other.

Okay, I'm considering modifying my thesis. (Often a good move!) It may work for memoirs written late in life, where the author is looking back on a childhood long past. Memoirs of young people don't have the same distanced effect. Do you buy that?