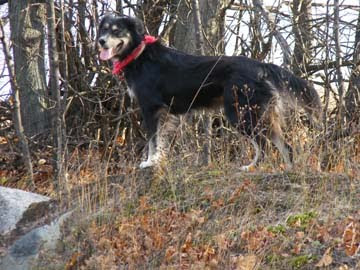 This small volume relates the hopes and fears of the people of Great Britain over the five darkest days of World War II, when it appeared that the German Army would be victorious over all of Western Europe, leaving England in a hopeless position. Volumes have been written about this war and its beginnings, but Lukacs chose to cover only the five days that he considered the most crucial.

By May 1940, Poland, Austria, Czechoslovakia, Holland, Belgium and France had all fallen to the German Army, leaving only England to continue the battle. At that point the British Government received several hints of peace offerings from Hitler, primarily through the Italians. As a result, the British Cabinet was involved in an intense debate over whether to sue for peace or to fight on alone, gambling that the Americans would eventually join in. The author describes in detail how the newly appointed Prime Minister, Winston Churchill, was able to persuade his Cabinet to continue the battle and how different the world is today as a result of that one man’s determined efforts.

Since the book covers a period of only five days, it is necessarily quite detailed and would perhaps be most enjoyed by readers with a significant knowledge of the history of WWII. On the other hand, the author has a very conversational style, which makes the book easy to read and engaging to a general reader, as well. Lukacs has written over 20 other history books, most of them about WWII. I particularly recommend The End of the Twentieth Century, which was nominated for the Pulitzer Prize.

(Note: Bruce is vacationing in Spain for a few weeks but kindly e-mailed two reviews before departure. This is the first, and the second will be posted within the next couple of weeks, whenever I need to take a break. The picture of Sarah on our morning adventure has no relationship to the review--but isn't she adorable? - P.J.)
Posted by P. J. Grath at 7:17 AM

Sarah is absolutely adorable, but it took me a moment to suss out that she was not the author of a Guest Book Review about the travels of an anglophile dog.

Bruce's review was compelling. In fact, I read it twice. I expect I will read the book just once.

I grew up thoroughly saturated in the image of WWII as "the good war" - the necessary fight to keep evil from overcoming the world. I still believe that in my viscera, and will always see Churchill and Roosevelt as great leaders. The trouble is, great evil winds still blow. How different, really, is the world from what it might have been? I think quite different, but always on the edge of crumbling into something very un-different if we forget to pay attention.

Thank you, Gerry, for a thought-provoking reflection on our world today. Thanks also for the subtle hint about my error in posting the review in duplicate. Fixed that. Then there is the idea, for which I'll credit you, that Sarah should write a book review sometime. Hmmm. Must find just the right book....