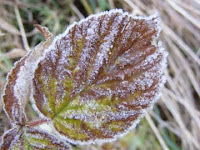 We had frost this past Sunday morning, none yesterday, and this morning brought heavy frost and ground fogs inland, clear skies out over Lake Michigan.

From Peterson Park, where Sarah and I went for our inaugural adventure of the day, I could see all the way to North Fox Island, while South Fox was so distinct that the morning light made its dunes visible to me from the mainland. 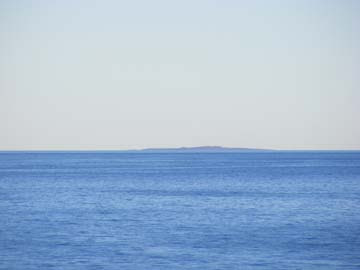 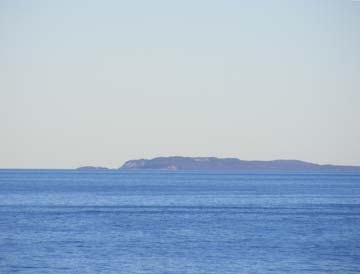 The blue horizon line called, but so did small landscapes near at hand: moss--its green so startling!--and lichen and fossils. As always, there was so much for me to see and for Sarah to smell that we could have stayed outdoors all day, had not duty called us back to town. 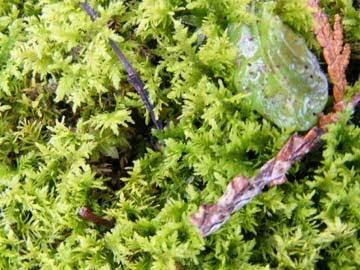 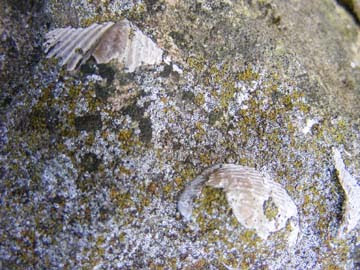 Returning also to the urban landscape of Dublin in the wee years of the twentieth century and preparing for our small Ulysses study group, I read again Chapters 9 and 10. The richness of Joyce’s writing is such that every reading brings forth something new, but for some reason today my mind is fixed on a very minor character, Dilly Daedalus, one of Stephen’s sisters, a character who does not seem to represent any larger mythic or political element. Dilly in her “shabby dress” accosts her father on the street to see if he has gotten any money. Their mother recently dead, the family still in morning, they are practically starving at home, but her father only berates her for not standing up straight and tries to deny that he has any money. “Where would I get money?” he protests. But Dilly is persistent, and finally he gives her a shilling. Then for a penny the girl buys a coverless French primer. Luxury! She wants to learn French, probably wants to emulate her brother, Stephen, by fleeing from Dublin to Paris. When Stephen sees his sister’s purchase and, through it, sees her dreams, he thinks, “She will drown me with her.” Then, “Misery! Misery!” He feels he cannot save himself and his sister, too.

I’ve been paying plenty of attention to the symbolic parallels between Ulysses and Homer’s Odyssey, but these Dublin characters are so much more than mere symbols, and this young woman trapped in poverty has quite captured my attention today. What is her fate? To die young, worn out from childbearing or sick with consumption? She is real, and I feel for her.

Literature, like life, presents an infinite number of paths to explore. It pleases me sometimes to take a path few others have bothered to explore, having some small piece of a writer’s greatness for my own treasure. 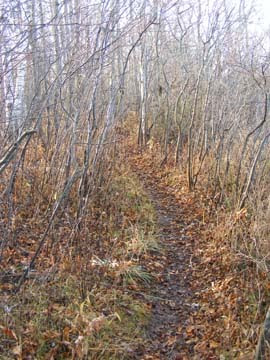 Everything looks other-worldly and special when the mist hangs in a blanket high off the ground like that. A lovely photograph.

You see it with the same appreciation that I saw it. When we hear a forecast for "patchy fog" on the radio, we look forward to beautiful scenes like this.