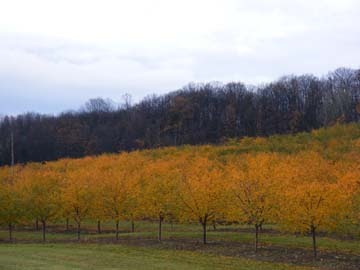 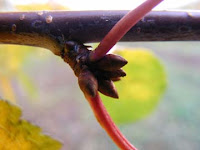 I'm interspersing my paragraphs with photographs today, rather than put them in a separate post, to please those who like pictures better than long paragraphs and also because I have a whole new set of outdoor pictures for the next time around. It's November, and it's still beautiful in Leelanau. 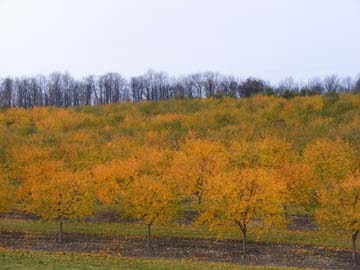 Barbara Ehrenreich’s new book, Bright-Sided: How the Relentless Promotion of Positive Thinking Has Undermined America, is controversial, especially among those who haven’t read it and probably won’t. A diatribe against POSITIVE THINKING? How negative is THAT? She must REALLY HAVE A PROBLEM! What does she want, anyway—a nation of WHINERS? This will come from those who think that reading a title is reading a book. Then there will be the whole motley crowd (they are all discussed in the book) who make their living by encouraging everyone else to do just what Ehrenreich thinks is so dangerous for all of us, and they are not about to give up their big bucks. So it will fall to sensible people with open minds to read and to think and to stand between the sheep and the wolves. 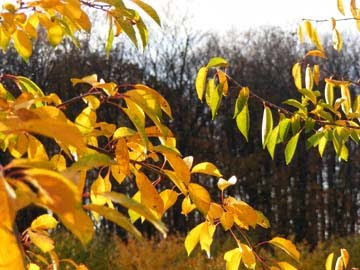 Ehrenreich begins at the beginning, and she traces one thread of PT (abbreviation for Positive Thinking in this review from here on) to a surprising source, the dour judgmentalism preached by John Calvin.

In the American colonies—in New England and to a lesser degree Virginia—it was the Puritans who planted this tough-minded, punitive ideology. No doubt it helped them to survive in the New World, where subsistence required relentless effort, but they also struggled to survive Calvinism.

What Calvinism and PT have in common, according to Ehrenreich, is continuous and unending self-examination. Am I having the right kind of thoughts? Do I have the correct attitude? 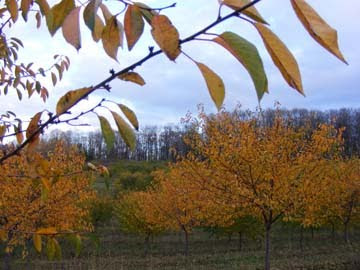 Calvinist “gloom” later fell out of favor, and eventually optimistic “New Thought” came to full flower in Mary Baker Eddy’s new religion of “Christian Science,” given the scientific seal of approval by no lesser man than William James. Pragmatist James endorsed CS not because it made sense to him but because it seemed to work, especially with certain kinds of complaints, notably “neurasthenia,” the kind of melancholy that James himself suffered. A patient who learned to control his or her thought and banish all that were negative might well be able to escape a life of invalidism. Heady stuff! 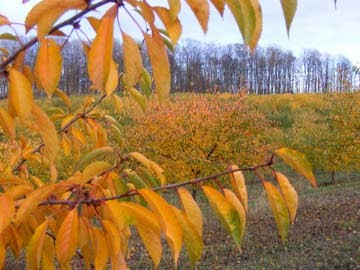 Scientific claims made for today’s PT make for some of the most fascinating (and funniest) material in Bright-Sided. In support of questionable studies purporting to show the desired effects, PT promoters borrow phrases from physics to explain how PT works. The “Law of Attraction” is one popular answer. According to this “law,” visualizing a desired object or outcome will draw it to you, or, cause it to “manifest.” Presumably (I’m extrapolating here), if there is only one object, e.g., a specific desired mate, the stronger desire will win.

But even those whose science education stopped at ninth grade might notice some problems with this. One, thoughts are not objects with mass.... Two, if they were exerting some sort of gravitational force on material objects around them, it would be difficult to take off one’s hat. 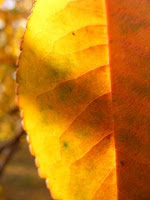 Despite news stories emphasizing extreme views (fundamentalist Christians vs. atheistic scientists), not all adherents of science and religion are enemies. Still, one of the ironies of popular PT ideology is how many people think they’re following both while knowing little of either. According to the ideology as it attempts to bring together religion and science, (1) God wants you to be wealthy, and (2) scientific laws, if you practice them consistently, will bring about the fulfillment of God’s make-my-people-rich prosperity plan. Ehrenreich goes after pseudo-Christianity as pitilessly as she hounds pseudo-science. Mega-churches, nominally Christian, have become big business, she notes, with success measured by congregation size, and they’ve done it by tossing out the old-time religion.

In the new business-oriented approach to Christianity, you didn’t start by opening a church and hoping people would be drawn in.... You started by finding out what people wanted from a church.

And what your market research showed was that Americans don’t want hard pews or Jesus hanging on a cross or sermons challenging their selfish, materialist ways. No, above all, these people want to find churches that will make them feel good, just the way they are.

But where is Christianity in all this? Where is the demand for humility and sacrificial love for others? Where in particular is the Jesus who said, “If a man sue you at law and take your coat, let him have your cloak also?”

The poor, the needle’s eye, the two or three gathered together? Once-familiar church themes have been replaced by shouted exhortations to be happy by becoming rich. While the new mega-churches function in the manner of corporations (exempt, of course, from taxes), the corporations themselves have become more and more religious, their executives relying on affirmations, group-induced frenzy (college cheerleaders are a favorite hiring pool, and ‘cheerleaders’ is not meant metaphorically) and mystical insights from beyond rather than careful financial analyses. Those abruptly laid off are encouraged to see being fired as an “opportunity” and will have an even harder time finding new employment if they resist the PT line. 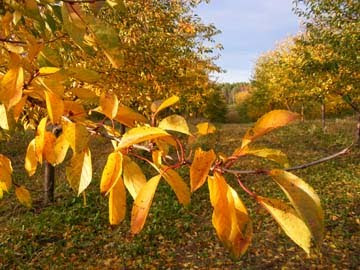 All that I have said so far (if anyone has had the patience to read this far) only begins to scratch the surface of this small, funny, brilliant, incisive book. Does Ehrenreich exaggerate the danger? What does she mean, anyway, by saying that PT has “undermined America”?

Following WWII, Theodore H. White co-authored a book called Thunder Out of China, reporting on Mao and the growing success of his People’s Army movement. His reportage taken as praise, White was branded a Communist sympathizer; telling the world the truth about what he had seen was supposedly “defeatist” for the American cause. White believed that journalists in Vietnam held back negative news for fear of being visited with White’s fate. Gordon M. Goldstein, in Lessons in Disaster: McGeorge Bundy and the Path to War in Vietnam, notes that Bundy failed to question the viability of a bombing strategy, disregarding intelligence and advice that would have cast doubt on the chances of winning with bombs. In the same way, Ehrenreich believes, an expulsion of “nay-sayers” and ban on “negative thought” is largely to blame for the recent failure of American financial institutions. If you allow yourself to imagine only desired outcomes, you have no way to avoid or prepare for trouble that a more realistic, objective point of view would have seen coming.

The author began her investigation of PT when she was diagnosed with cancer. With the right attitude, many people believe (it stuns me to realize this is true, but I have heard it myself), no one would ever need glasses or get cancer or die of it or even (yes, I’ve heard this) have had to die in concentration camps or in war or in traffic accidents. Ehrenreich cites one PT guru who claimed that tsunami victims had drawn the wave to them! According to PT, there are no victims! “Victims” are the new non-elect, except that they have brought it all on themselves.

It’s good to believe in yourself.

It’s good to have hope, to be happy, to feel joy. 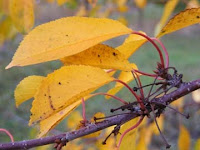 Ehrenreich is all for making the most of life. What she is against is the sappy, selfish, shallow, stubborn, stupid refusal to see the bad along with the good, to recognize danger and yell out loud so that other people see it, too. The alternative to PT is not despair but clarity. My father used to ask, "If you call a dog's tail a leg, how many legs does the dog have?" The answer is four. Calling a tail a leg doesn't make it one.

Have you been beating yourself up for entertaining negative thoughts from time to time? Read this book, and you’ll feel better already. You may even laugh out loud, as I did. 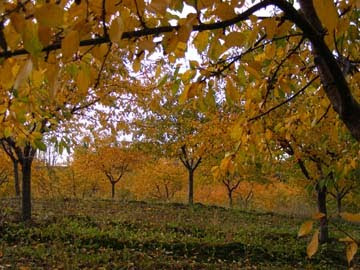 I can see it now. Radio fatheads snarking on about "how very PT" something is when they disagree with it. Is there such a word as "ideologism"? Since I'm a certifiable crank, I'm used to accusations of "negativity." However, I wish to state that the UOP are positively cheerful.

This business of positive thinking is just that: a business. There are far too many people out there with secret formulas trying to make a million off the masses.

PT puts the focus on me and my wants and needs, which is not at all in sync with the teachings of Jesus.

I think I'll go stand on the side of the room with the cranks.

I guess I'm slow, Gerry. What are UOP?

Amy-Lynn, if you were here in Michigan, I'd say let's get up a Crank Party. PTers might be surprised at how much laughter, how many smiles, how much joy there can be in a roomful of cranks.

--Oh, I just got it! Unrelated Orchard Pictures! No kidding, that took me a few minutes, Gerry.

Great review. I must read that book! The proliferation of "life coaches" on the internet selling each other stuff is mind-boggling. Plus if everyone can be convinced that their poverty, illness etc is their own fault, then they won't bother to agitate for change.