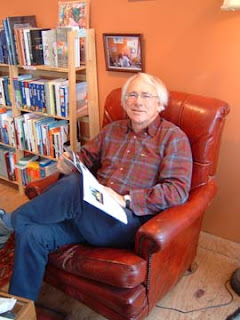 Don’t be fooled by the title, guys. This is a real action story with lots of shooting--although it’s not a shoot ‘em up! In essence, it’s the true story of an American mountaineer, Greg Mortenson, who, while climbing in Northern Pakistan, agrees to finance the building of a desperately needed school in a remote village. How he accomplishes this task in the face of serious obstacles, such as the fact that neither he nor the villagers speak the other’s language and he has no funds to work with, is only the beginning of the story.

As he learns more about life in these mountain villages, Mortenson becomes aware that as local young people become educated about the world around them, they also become better prepared to counter the pervading influence of radical anti-US groups like the Taliban and Al-Qaeda. This leads him into what has become a 15-year campaign to promote peace in Northern Pakistan and Afghanistan by helping build schools in remote villages. To date he has built 55 schools, and his campaign continues. This is in spite of the opposition of Muslim Mullahs who are afraid he is promoting Christianity, Al-Qaeda who feel he’s promoting “Americanism,” and the Taliban who frequently shoot at him. Even the American government is suspicious of his motives and often hinder his efforts.

THREE CUPS OF TEA is an incredible and inspirational story of what one determined person can do to promote the cause of peace. It should be required reading for all Americans to give us a better understanding of the ordinary Muslim people and the religious and cultural turmoil surrounding the American presence in Pakistan and Afghanistan.

Bookseller note: Bruce Balas taught for 25 years at the American School in London. He and his wife, Judy, divide their time between Omena, Michigan, and Sanibel Island, Florida. Bruce has been a steadfast and loyal Dog Ears Books volunteer for more years than we can believe, starting out at one day a week and now on deck starting at 10 a.m. two days a week. Bruce, we salute you!
Posted by P. J. Grath at 3:52 AM

Bruce, I enjoyed your review of THREE CUPS OF TEA. I just read it for our book club last month, and indeed found it to be very inspirational as well as educational about that area of the world that we all should understand more about.

A good choice for a mixed-gender book club or event, it sounds like. "TC Reads" is trying to get the author to Traverse City this year. If and when I get confirmation, I'll be sure to post it.

Oooh, sounds like my kind of book! I just love to travel while reading.

Armchair travel is my specialty. Though I love actually being on the road, too, that doesn't happen nearly as often. Besides, I don't need a passport to travel by book.