All Greek to Me 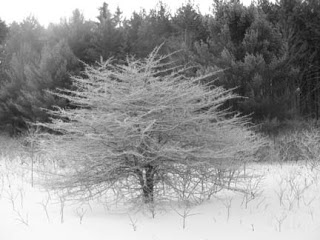 Before getting into a long philosophical ramble, I want to alert anyone so turned off by yesterday’s probability ramble that you bailed out before the end of the post—go back and scroll down to the “Harbingers of Spring” observations from our friend George Carpenter. I couldn’t wait until today to include his happy news but realized later that I did it a disservice by putting it in where I did. Go! Now! If you didn’t get that far yesterday. You’ll need the reassurance if you’re anywhere near northern Michigan today, where the latest snowstorm (the last one we’ll have in February, one wag noted) has been in progress all day long, sunshine once more a memory.

Okay, for today it’s going to be the ancient Greeks. Proceed then, forewarned, at your own risk.

Socrates always rubbed me the wrong way, from our first meeting, and his mouthpiece, Plato, never made my favorites list, either. I’ll go so far as to say that I’ve never understood why so many intelligent, well-educated, otherwise sensible people (many of my friends in philosophy, which shouldn’t surprise anyone) have been so impressed by this pair for so long. Plato’s REPUBLIC, you say? A totalitarian state in which lying to the governed would be state policy—what’s so great about that? The DIALOGUES? Socrates conducts his smart-aleck interrogations like a prosecuting attorney, reducing hapless witnesses to shreds. Everyone’s a fool but Socrates himself, and none of what anyone else thought they knew stands up to his questioning. It was only in graduate school, encountering deconstruction for the first time, that I saw the Socratic influence for what it was. He was the first deconstructionist! He tore everything apart and offered nothing in its place, and there was no applecart he could not overturn. Learn to live without apples! No, thank you. I’ll keep the apples and live without Socrates. I decided that 20 years ago.

(Every philosopher, I believe, is fundamentally either a Platonist or an Aristotelian. No philosopher cleaves to both in equal measure, and for me the Philosopher will always be Aristotle. One does not get dramatic flair or memorable characters from Aristotle. One does get an appreciation for and keen interest in the natural world, no aspect of nature being below Aristotle’s notice--whereas Socrates disdained anything outside the city gates. Aristotle despised neither the “flesh” of human existence nor the material world in general. His forms made sense, literally, while those of Plato’s were pie in the sky, unreachable and unknowable.)

Now, imagine my unbounded joy to come upon
THE TRIAL OF SOCRATES, by I. F. Stone. (A “National Bestseller,” the front cover says, published in 198, and I ask myself what took me so long. I was even in graduate school then!) Here at last is someone who sees Socrates and Plato as I see them, and he supports his opinion with evidence literary, historical, and philosophical. In a nutshell, Socrates and Plato were reactionaries. Unlike most Western philosophers over the succeeding centuries, who have been defenders of freedom in the face of threats to freedom (Hobbes an exception), Socrates and Plato opposed self-government. The charge against Socrates, “corrupting the youth,” was not brought against him because he was inciting young people to liberate themselves and their city from tyrants. On the contrary, Athens had given up kings for democracy. What S&C wanted was a return to the good old days, with good old boys in charge, handing down laws for the people to obey without question. Strange gods for later philosophers to worship!

The Socratic search for definitions plays a big role in Stone’s elucidation of the overall S&C view. Socrates wanted definitions that would be eternally true and admit of no exceptions; anything less was not pure enough for him. Since he never came up with such definitions himself, he had no claim above any other man to knowledge, except for his faux-modest claim that he alone was wise enough to know that he knew nothing. Stone finds this claim by Socrates boastful, and it’s hard to see it otherwise, since he’s still saying he’s wiser than anyone he knows, despite his lack of knowledge. Knowledge (of anything but the knowledge that one knows nothing), Socrates claimed to show--by shredding all definitions offered to him--was impossible. And if knowledge is impossible, self-government cannot be justified. We can’t have people ruling themselves without knowledge!

Leaving aside the difficulty of finding anyone who could fill a king’s shoes given this standard, an examination of the language claims alone is illuminating, as Stone shows, and this fascinates me because it’s similar to the conclusion I came to in my dissertation on theories of metaphor. In the end, the most hidebound conservatism and the most freewheeling anarchism are not opposites but two sides of the same coin. The search for pure idealism is the road that leads to nihilism: if justice does not exist anywhere in some pure state, there is no such thing as justice, and the word means nothing. Likewise, the dread of meaninglessness and nihilism fuels idealism: the only way to protect meaning from degradation is to hedge it around with rules, laws and barriers, plugging every loophole and exception.

To quote Stone: “The fact that all laws and general propositions have their exceptions does not destroy the value of laws and generalizations as guides to human conduct…. But it does mean that in the agonizing choices with which real life so often confronts men and judges alike, true virtue, humanity, and kindness may call for bending the rules, sometimes considerably. The abstractions alone, no matter how ancient and venerable, sometimes prove insufficient. The law must be preserved but justice must be done. And they are not always the same.”

A rule or law without exception would do away with the need for judging, as an airtight, eternal meaning would do away with the need for interpretation, but to hope that human beings can live without judging and without interpreting, however, is misguided at best. To go further and tell them to leave judgment and interpretation to some other fallible human beings deserves a worse name.

I was so excited by Stone’s book this morning that I could not read at my usual slow pace. There is meat enough here to nourish me for years and to bring me back to the table again and again, gnawing the bones for every tasty bit.
Posted by P. J. Grath at 1:35 PM