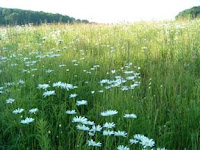 Roger Landrum, of Washington, DC, writes this review of a Leelanau County original:

“Over the holidays I read Kenneth Wylie’s new collection of poems—twice--and I’ve been musing about why I feel so captivated by these beguiling poems. The collection is titled THE LAND THAT SUNRISE WASHES and comprises 70 poems, opening with ‘Pre-dawn breeze’ and closing with ‘Buzzing Garden.’ Common stuff, uncommonly observed.

“All of these poems are tethered to a very specific place: rural northern Michigan, mostly the author’s back yard, home, the passing seasons; his memories and his reflections about everything from Emily Dickinson to a blue jay egg. These keen observations of place and the sensibility infusing them are edgy (like Robert Frost in this one way), anything but sentimental or cheerful. They are poems of solitude, of being alone without being lonely. It is the natural world that is acutely present in this poetry, with its sensory impressions and human meditations evoked by it.

“Wylie’s style, unlike so much of today’s ‘professional’ poetry, is not at all obscurely formal or academic, but the poems teem with ungovernable things—wild birds, coyotes at night, weather, dreams, loss, irony. More like Jim Harrison than Frost in this respect, but more civilized.

“Wylie is fond of Japanese poetic forms—Haiku, Tanka and Kanshi—with their vivid images of Nature and familiar rituals accompanied by sudden plunges into recollection, allusion, metaphor, and philosophical abstraction. He has a skillful easiness with these forms that makes for accessible but evocative reading. We all inhabit many levels of awareness and perception beyond the ordinary conventions of our social lives. We are all filled with innermost reflections upon the various realities of our lives. I like this quality in Wylie’s poems very much. With it, he may have achieved something universal, exactly what we cherish in good music, visual arts, and literature.

“I suspect one can revisit these poems often and that, as with a morning breeze or buzzing garden, they will lose none of their freshness. Exquisite little black-and-white photos by Jocelyn Trepke accompany the text.”

Roger Landrum, a photographer, grew up in Michigan and now lives in Washington D.C. His Michigan photographs can be viewed at www.darshanphotos.com.

Kenneth Wylie and his dog, Leo, are residents of Leelanau Township in Leelanau County. THE LAND THAT SUNRISE WASHES, $12.95, is available at Dog Ears Books in Northport and at Horizon Books in Traverse City.
Posted by P. J. Grath at 11:27 AM