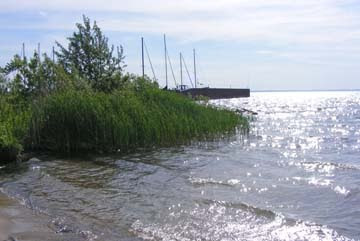 “After the elegance of tall trees, these are short, matted. Tree clumps. Troll-like. She gives me no words, but I will eventually learn the one for this: krumholz. Crooked wood. I think at first that their tops have been harvested. Now they have sprouted these low branches that twist together in gnarled clumps and lean in one direction like tattered flags. But she tells me this is what the mountain winter does—blows away their tops. I think of Emily Dickinson’s words about a good poem taking off the top of one’s head.”

“Growth rings fascinated me. The tracing of time was never made so clear to me as in counting of the rings on a stump. The thoughts of youth deep inside and ever smaller as they constricted toward the core, the first thought that the rest have grown around. The years of ample water were thick, the years of drought thin. The wood was harder when conditions had been the worst. It seemed like that with some people, too. But our skin grew and fell off; the rings were lost and there was no way to easily track our age or how we had made it so far. Our mind quietly held the rings in its folds. The hard times were all there.”

“All too often, leaders are people who write checks that other peoples’ bodies will have to cash. The more exalted the leader, the more bodies bear the consequences of the leaders’ directives, of their action or inaction. The more distant the authority is from the locale, the less sensitive and intelligent its directives are apt to be. It seems that worthy leadership is not so much the power to send others forward as to go forward oneself in creative work with others thereby to serve the common good. While he was an idea man and an encouraging speaker, Swann’s ratio of action to talk was high. He was willing to start things himself, beginning where he was.”

Okay, I’ve out-done myself with two big events and three outstanding writers in one short summer week. What should I say to lure you away from the beach and into the bookstore? Please read on.

You already know Anne-Marie Oomen. You know her work. Poet, playwright, essayist, teacher—she excels at all and nurtures others to find their own excellence. This is the first time she has come to Dog Ears Books, and I hope it won’t be the last. Don’t miss her!

The second name on Thursday’s double-header bill may be a new one to you, but this is a chance for you to meet Benjamin Busch early in his brilliant career. Busch, who lives with his wife and children on a farm outside Reed City, is probably more familiar to you for his acting roles in Homicide, The Wire, Generation Kill and other television shows than as a writer. That will change. But his talents do not stop there. A two-tour Iraq veteran (U.S. Marines), he has had two exhibits of photographs from that time, “The Art in War” and “Occupation,” his memoir, “Bearing Arms,” appeared in Harper’s magazine, and his essay on books, paper, trees and memory entitled “Growth Rings” was featured in the Fall 2009 issue of Michigan Quarterly Review. He has also directed and produced an independent film and recently toured with writers Phil Caputo and Doug Stanton to offer “Writing War: Three Perspectives.” So you see that no grass has been growing under this busy writer’s feet.

I’m excited about having Oomen and Bush together in Northport. Both of them are such multifaceted writers, Anne-Marie with her stage and Ben with his film experience, in addition to memoir and poetry for both of them, that I have no idea what may come out of their conversation, and it’s a great opportunity for readers to meet and ask questions and learn about a wide variety of creative work and how one kind feeds into another.

Poetry, memoir, stage, screen, photography, classroom—these two writers do it all. How can you even think of staying home when so much talent will be right here on Waukazoo Street, from 4 to 6 p.m. on Thursday, July 22!

But even that’s not all, because the following Sunday (I’ll take a big, deep breath between the two events) Dog Ears will be hosting Stephanie Mills, Leelanau County’s own nationally known essayist, ecologist and bioregionalist. Her new book, On Gandhi’s Path: Bob Swann's Work for Peace and Community Economics, is something of a departure and quite fascinating. It is a biography of Bob Swann, an architect and activist whom Mills also identifies as a “decentralist.”

Who was Bob Swann? When I saw that no less than Wendell Berry (one of my all-time heroes) had written an introductory page to the book, I wondered how Swann had passed under my radar for so long. No matter. Stephanie Mills brings him to us now. This biography also focuses on perennial Mills themes: simplicity, awareness, responsibility and local community. Swann, like Mills, seems to have been epicurean in his outlook--not self-denying, not sacrificing, but rejoicing in his way of life.

No one can fit all the events of summer into one season’s calendar, but if you make either or both of these author dates, you won’t regret it, I promise. 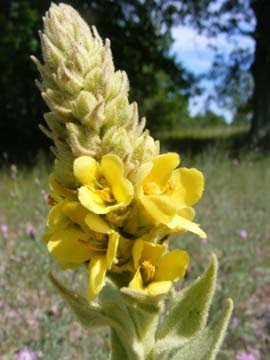 Ah, for the quiet life of a small town bookseller.

It's astonishing, the number of fine writers who live and work here, and the effort you put into nurturing readers for them.

We are blessed with talent in northern Michigan. No wonder I have to flee south to Florida in midwinter to recharge my batteries!