Cats and Bees, Poems and Trees, and the Flowers that Wouldn’t Be Kept Out 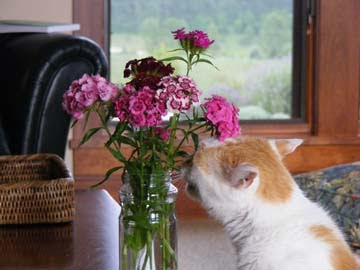 Okay, you'll quickly see that it’s the same cat in both pictures, but I’m posting both pictures because the Cat People have been muttering about all the dogs and horses on this blog and how cats have been neglected. True! And this is a very special cat, too. It is a marmalade cat. Did you know there was such a thing?

This cat’s name happens to be Marmalade. Reading Temple Grandin this past winter, I first came across the term, used casually, as if everyone knew it, another common cat color designation like tiger, calico or tortoiseshell, and more recently, watching a video on “Treasures of the National Trust” (gorgeous old homes in England), I learned that Winston Churchill himself had a marmalade cat. According to Temple Grandin, these cats are genetically disposed to be both highly social and highly fearful, an unusual combination, “which explains a lot of things,” according to the friends of mine who share a house with this particular Marmalade. Does it explain her desire to eat flowers? That we don’t know. 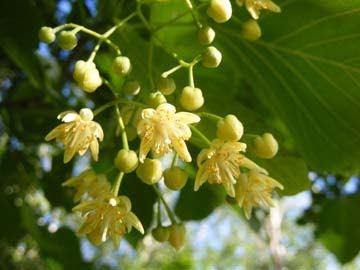 The basswood tree by our front porch is still humming with bees, but I have not been able to photograph any bees at work. They seem to be staying busy higher up in the tree, where the tiny, inconspicuous flowers opened earlier. But bees, I try to tell them, the flowers are open on the bottom branches now, too! They’re not listening. They'll have to find it out for themselves. 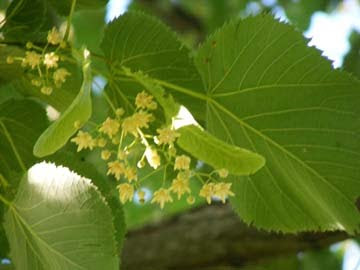 Bees in the lavender were more obliging—or should the credit go to the lavender, for not growing to tree height? 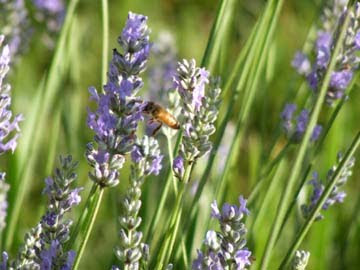 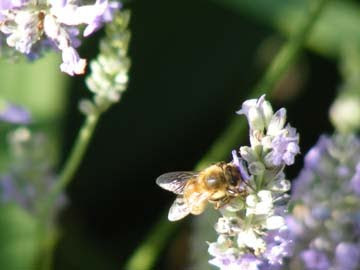 The big news this week, though, is Al Bona’s book launch party on Friday. The launch of a first book is exciting for any writer. For a poet, long a “secret” poet, who lived most of his life never dreaming of going public with his literary labors, it may be hard to believe. Al says he’s “starting to get excited.” The rest of us involved in this production (the book) and event (the party) are feeling our thrill-o-meters rising by the hour. The official hours of the party are 4 to 6 p.m. on Friday, and I may have to close briefly sometime between three and four (but probably not for the full hour) to make sure everything is ready. Be there!!! Meanwhile, here’s a short poem of Al’s (not with his indentations, which I can’t manage on Blogger) to whet your appetite:

I wanted to give them the gift of trees
a touch of butterflies
an intimate knowledge of prairie weeds
vervain, mustard, iron
sounds of owls

And a few more flowers, just because they are so very beautiful--

So many pretty things! Thank you for showing me a marmalade cat and basswood blossoms. If I were Al Bona I'd be getting pretty darned excited, too--the signing is going to be a wonderful event. Poetry, Excellent Treats, and Northville in Summer. What's not to love?

I love your enthusiasm, Gerry. Northville, down in southeast Michigan (if I remember correctly), undoubtedly loves your enthusiasm, too. Al's book launch, however, will be at my bookstore in Northport. :)