Our Glamorous Evening in the Big City Lights 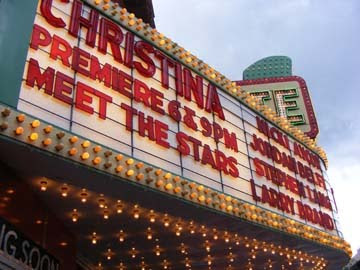 The bookseller and the painter love movies, too, and last night was the long-awaited evening, the Traverse City Red Carpet Premiere of “Christina,” award-winning independent film produced by Leelanau County friends Rebecca Reynolds and Jim Carpenter. We walked quickly through a light sprinkle, and there it was ahead, our destination. 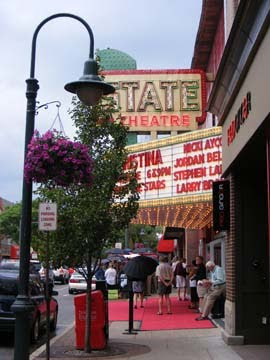 We were not the first to arrive. 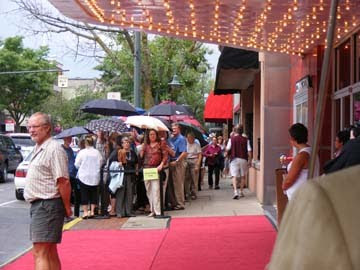 No need to stop to buy tickets. “Christina” was sold out long ago. 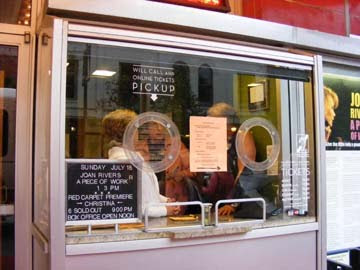 The line for ticket-holders, however, stretched to the west, and we had to walk its length to get to the end. 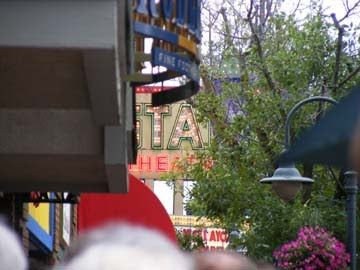 This was our view of the red carpet entrance. 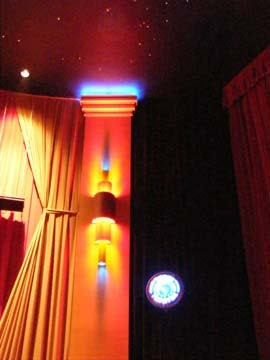 Inside we had a much better view, third-row seats (I love sitting up close), center stage. The renovated State Theatre is beautiful. 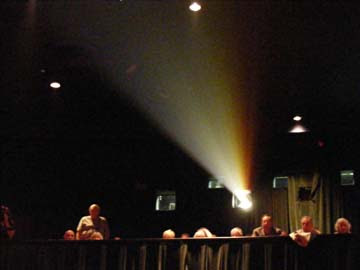 Light streaming from the upstairs projection room set the mood. 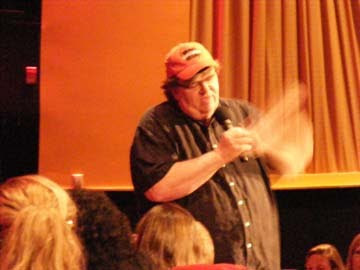 After the show, the writer-director Larry Brand and actors Stephen Lang, Nicki Aycox and Jordan Belfi took the stage--live! I loved hearing them talk about the making of the film, which thrilled me largely because it was a writer’s and actors’ movie. What I mean is that the film's momentum was not created afterward, artificially, in the editing room but built into the script by the writer (who was also the director) and actualized on the set by the actors and director with long takes, sequentially shot. 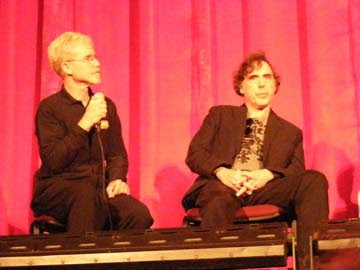 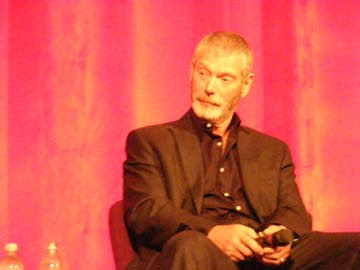 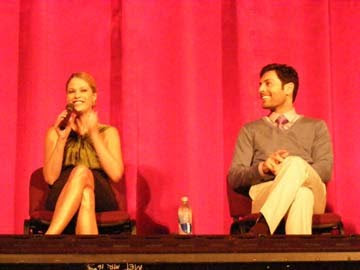 Grand Traverse Bay offered its own drama after the show, as did every moment of changing light in the sky. 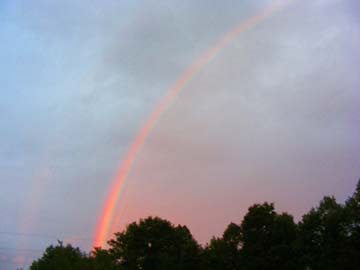 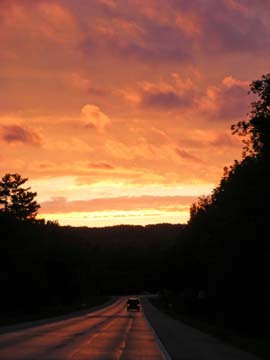 Becky Reynolds generously posed for amateur photographers with her sister at the afterglow party at Martha’s Leelanau Table in Suttons Bay, but I couldn't bring myself to take more candid shots of the film people, after so boldly snapping away in the theatre. 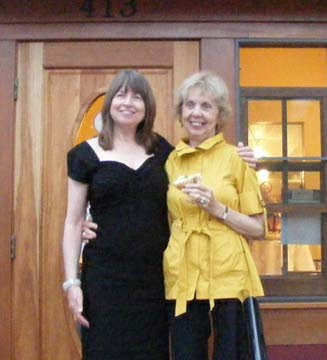 The next morning, only memories remain of our glamorous evening, but those memories will remain for a very long time. What an evening! And now it's time for me to go back to work. 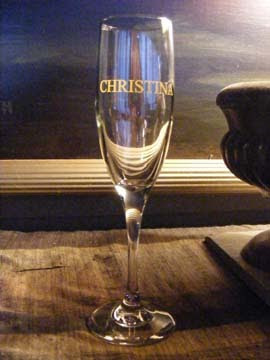 Hangin' out with the glitterati, eh? Cool photo essay, but where is the insightful PJ Review? :)

I was hurrying to get the pictures up, Gerry, and am working on a long post about the next three authors coming to the bookstore. You're right that I didn't analyze the film, but the implication of my favorable response was clear. Okay, here it is. The opening credit sequence was brilliant. The film is like a 90-minute play, life in real (not reel) time, without scene changes or cuts, and at first a viewer is very aware of the actors as actors, as is the case when watching a stage play. The language is poetic, as in a beautiful play, not gritty-realistic as in most modern films (with half the lines half-audible to add to the realism). Shots are tight, so that the viewer feels almost onstage, as well, part of the production. As time goes by, however, as would be the case with a very good play, the make-believe of the stage becomes reality, the actors become the characters, as the intensity builds to a riveting climax. The acting is superb. The director, who was also the writer, trusted the actors to do their jobs. The set was subtle and interesting. I was only trouble by one or two small details. There were too many candles, and they were all new, unused, until Christina lit them. Where would all those beautiful new candles have come from in postwar Berlin? That many? Unlikely. But in light of the film as a whole, this is a tiny quibble. I loved "Christina." Viewers not as acclimated as I am to the stage may find more difficulty with it, but I hope potential audiences will not be deterred by the novelty of something slightly outside their comfort zone.

Does that answer the question?

Sounds like you had a lovely time, Pamela. Would have enjoyed being there so much. (Your PJ review proved interesting, as well.)

I'm very eager to hear and read about others' responses to the film. Wish you could have been there, too, Kathy.