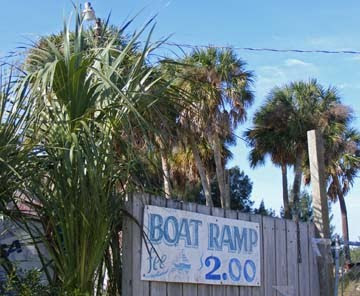 Kathy up in the Keewanaw wrote not long ago about being a verbal rather than a visual person, and her post touched a chord with me, as I have lived under the spell—and sometimes under the tyranny—of words all my life. Of encounters with new people, I retain impressions rather than pictures, which frustrates my very visual artist husband, who wants me to describe the person I’m telling him about: How old? How tall? Weight? Glasses? Beard? Hair color? I want to get on with my story, and he wants me to describe the character before getting into dialogue or action, and often we both end up frustrated. It isn’t that I wasn’t paying attention to the person I just met, either. I can tell David about the conversation and whether I felt I’d met a kind person, a roaring egotist, a sensitive soul or whatever, and I can back up my tentative conclusion with reference to specific phrases or behaviors or mannerisms. But describe visual details? I’m hopeless, unless something very specific connects to something important in my memory. “She had that delicate, translucent skin with faint freckles like my old boyfriend, You-know-who,” I might say.

Many years ago when I held a series of jobs in which I performed well but without any joy whatsoever (it was clerical work, and I always felt like a prisoner in an office, tied to the telephone like a junkyard dog chained to a fence), I bought my first 35mm camera. It was a used Nikon and came with a couple of good used lenses. What a revelation! What an escape! Concentrating on the ratio of exposure length to aperture diameter—a wordless balancing act--delighted me. Though I have always loved words and always will, what I loved then and still now love about photography is that it involves no words whatsoever; in fact, my mind’s focus on the visual field frees it from words, which automatically removes anxiety, resentment, planning and strategizing, worry and all manner of “squirrel-caging.” There is also the fact that the camera “sees” everything, not just what my eyes and mind are noticing, and while sometimes the result is more wonderful than anything I might have planned, other times it’s a disaster, and I have to make an effort to see what is in front of me, not what I expected to see.

I’ve written before about the books of Frederick Frank and how important his Zen approach to drawing was in giving me courage to pick up a pencil to try to record rather than describe a visual scene. Then one Christmas David gave me a sketchbook, artist’s pencils and gentle, undemanding encouragement. It was one of the winters we came to Florida, where I let myself be lost in looking and seeing. So Kathy, I was not born a visual person, either, but learning to see is a lifetime assignment I have given myself.

Franck said in one of his books, apropos drawing portraits, that no one can draw a portrait without loving the subject because to draw it is necessary to see, and to see truly one must put self and selfish concerns aside. The subject/object dichotomy must vanish. So one of my impossible dreams is to put sworn enemies in a room together (okay, maybe separated by bullet-proof glass) and not let them out until they produce decent portraits of each other. No talking allowed. Peace in the Middle East and an end to terrorism! 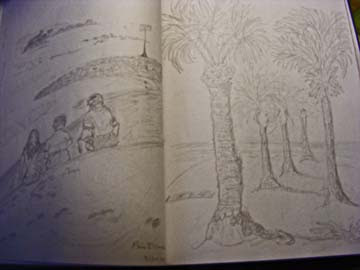 As David and I were driving south this year, I thought a lot about drawing and photography, the ways in which they are similar and the ways in which they differ, and one thing that came to my mind is the difference between additive and subtractive sculpture. I’m not sure I have the terms right—this is not my field—but basically, working in clay the artist adds material to build a work to completion, while working in stone material is subtracted until what is left is the finished work. I am not an artist and never will be, but I begin a drawing on a blank piece of paper, whereas, focusing on a world that is already there, with my camera I am selecting and excluding. Also, while color and light are my preoccupations in photography, with drawing I am trying to obtain a dimension of depth despite the flatness of my drawing paper, and so again what is “already there” for my camera must be achieved by my eye and pencil. 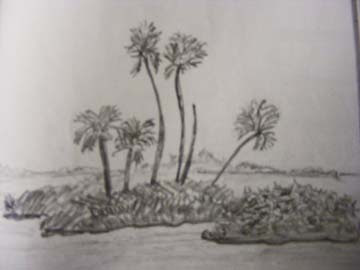 Why do I draw? It is not anything I consider my “work,” as I do writing, but it is the only form of meditation I have found that works for me, meditation that empties my mind of chatter and anchors me solidly in the present. In presence.

We went to the library the other day, where I renewed my annual visitor membership, and one of the books I brought home (hard to believe I haven’t read this yet) is Temple Grandin’s Animals in Translation: Using the Mysteries of Autism to Decode Animal Behavior. Her discussion of the similarities between animals and autistic human beings and between autistic people and visual people fascinates me. It helps me understand David better, too. Slightly dyslexic, strongly visual, David can be bothered by small visual and auditory details. Like another dyslexic friend of mine, however, he is often soothed by loud music or omnipresent radio or television sound that drives me crazy. We’re not from different planets. He tells me I have a “good eye,” and I appreciate his insights into character, ethics and politics. We are neither one of us strictly visual or verbal. But we are different.

Autistic people, Grandin says, like animals, see the world in front of their eyes, where “normal” people see their ideas of the world. Autistics and animals see details. “Normal” people generalize and abstract and see what they expect to see rather than what’s there. She speculates that abstraction is “one of the reasons there is so much partisan fighting inside government.” Yes, it’s true. People who can come to an agreement on concrete action when it’s clear that something concrete has to be done, say in a crisis situation, are paralyzed in opposition year after year if they remain focused on abstract principles.

Plato can have his eternal Forms! Give me the appearances of this world—sights, sounds, smells, tastes and textures. But leave me language, too, for the return to conversation, so I can share where I have been and commit it to memory. 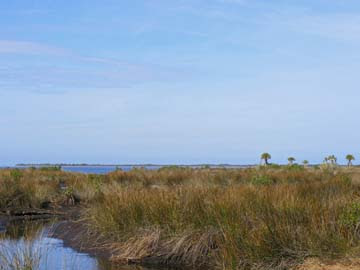 I've often thought that Tom Vranich, the editor of the Elk Rapids News, makes good photos of people because he genuinely likes and is interested in other human beings. I used to feel awful because I don't generally manage good portraits. "I like people!" I would think. "Well, most people . . . "

Then I realized that I am a pretty good listener on occasion, and that I can usually hear the story a person is trying to tell.

Are you like me, Gerry, that is, shy about photographing people? I know I am but have been learning to get over that and have done some nice "snapshot" portraits, though I don't publish them in the blog.

Listening to people and hearing what they're saying is a wonderful gift to possess and to be able to give!

Reading Temple Grandin inspires me to try to listen and see at the same time. After all, Sarah can't talk--and people sometimes say different things with their voices and their bodies and faces.

It is so good to read what you have written, Pamela. Ahhh, a kindred soul!! Barry and I will have similar conversations. "What did this person look like?" I will begin to stutter something incomprehensible. A friend and I were just talking about this today. She suggested that it perhaps wasn't that we don't see...it's that the seeing doesn't have as much meaning as the other ways of perceiving. Do you think perhaps?

Sometimes I don't think that its a negative that we retain impressions...although the rest of the world sometimes thinks that. Perhaps we get more depth (kind person, roaring egotists, etc.) than maybe the visual person may receive.

Thank you for these thoughts!

Kathy, "Words and Visual Images" seems to be my main theme so far for this winter. I wrote more on the topic today, 1/25. You and I have a lot in common. I really do want to see MORE, however. Don't you?

You know, Pamela, I think I AM seeing more. It's like someone said recently..."the thoughts are the last to know." It's like the thoughts are catching up to realizing that we're really seeing alot. Maybe you too?