Ireland When You Least Expect It 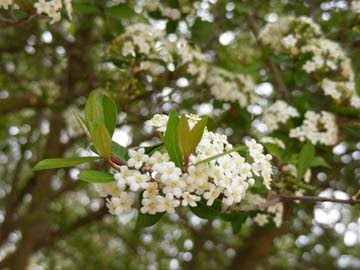 Wednesday, yesterday (the weather today’s the same) brought a grey, cold morning, with clouds threatening rain. Not the morning I’d hoped for, but that didn’t keep me from writing, and for that two dogs deserve a little credit.

Weiser had stayed overnight. Wise is demanding when he wants in late at night and can bark for hours on end outside the door, making reading, movie watching and sleep all equally impossible. Once indoors, he goes instantly into bedtime mode and is no trouble at all. Having him here gave Sarah a good pre-dawn play session, and when she needed to go out (and he was ready, too), I got an early start work start to the day, rather than sleeping in, so it all worked out well.

But before fully waking up, I was already at work. (This, I think, is one of the many advantages of starting the day without an alarm clock.) An idea for the final story in my short story cycle in progress, the tying-together story, was taking shape in my sleepy head, so that before my eyes were open and before my feet hit the floor I had the two main characters and the opening lines of the story. That, for me, is when it’s important to get up and get to work, while “genius is burning,” as Jo March used to say, and today the dogs helped, reinforcing the voice of the muse. I worked right through David’s getting up and walking over to the store, stopping only when friend Sandra stopped by for a visit. By then I’d pretty much reached what my father always called “a good stopping place,” and when David returned and asked what I wanted to do with the day, I told him I needed a little library research time.

No books on screenwriting in the library in Spring Hill (I’m not writing a screenplay; my two new characters are), so we set out for the main library of the county system, over in Brooksville. Flowering shrubs along the way brightened our path, but we were already feeling good. At the library, cruising the 800 shelves, I happened on a book of plays by Ray Bradbury, who introduces one section of his plays, set in Ireland, by admitting that his seven months there (writing a screen adaptation of Moby Dick, no less) were not a happy time, what with “the poorness and the rain and feeling sorry for myself in a sorry land” (Ray Bradbury, On Stage: A Chrestomathy of His Plays), and he thought he would never write anything about Ireland. Several years later, however, his “secret mind,” his “interior eye,” the “subliminal eye” that had been taking in more than his conscious self realized at the time, began flooding him with stories calling out to be written, stories and plays with Irish settings and Irish characters.

My interest in the book was dramatic form, but there on St. Patrick’s Day a science fiction writer gave me Ireland.

The church has put her on her knees, the weather drowned, and politics all but buried her, but Ireland, dear God, with vim and gusto, still sprints for that far EXIT.

So wrote Ray Bradbury in 1962. I think Ireland's come a long way since then. 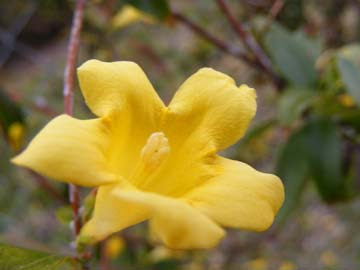 It's fun to watch you at work on the book, and to follow the digressions of your secret mind!

Ireland is a complicated and beautiful place, both there--and here in exile.

How wonderful that you're writing, Pamela. Good luck as you progress! I hope it will warm up in Florida soon. When are you coming home?

I'm up in Northport house sitting, and the weather has been glorious. Not to rub it in or anything. LOL! But it's changing starting today... windy, waves, cold, so you can feel better about being in the South!

"The days dwindle down to a precious few." At least, the weeks are dwindling down. Last year we arrived home April 15. Haven't set a departure date yet from here but are thinking in that direction.