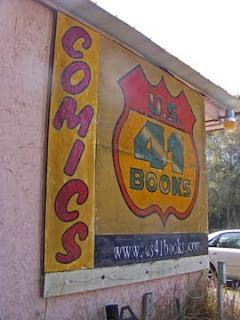 Yes, we visited both of these bookstores earlier in the first decade of the new century and were happy to find both still alive and well this year, though U.S. 41 Books, south of Brooksville on guess-what-highway, formerly a father-son operation, is now solely in the son’s hands. Since owner Gary LeBlanc took care of his father during a long siege of Alzheimer’s, he’s pretty much been on his own as a bookseller for a long time but told us that his dad came to the bookstore every day for as long as he could. “It’s what kept him going.” Gary now writes a weekly newspaper column on Alzheimer’s caregiving and will have a book on the subject out this spring. But look at my bag of books! Nine treasures—and only nine because I pulled the reins in on myself! 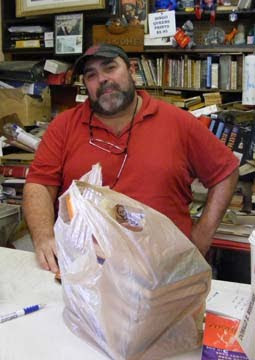 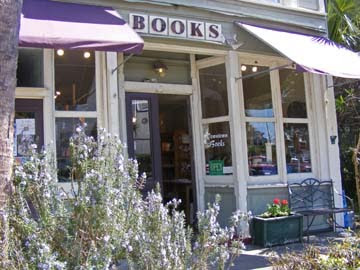 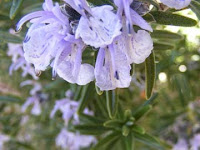 Downtown Books in Apalachicola sells new books, along with associated items like beautiful notecards and an unexpected sideline—knitting! When first we met Downtown Books five or six years ago, it had only recently opened for business, so I was happy to see it still there. We stopped only briefly this year but long enough for me to find a treasure of a Florida book and to exchange good wishes with the bookseller. Independent booksellers usually wish each other well. It’s one of the delights of finding oneself in this small pond as storm clouds gather and the water’s surface is whipped into tall waves!

Good day: finding a quirky, independent bookstore along the road. Great day: finding treasures for sale in the bookstore. Best day: meeting a friendly, welcoming, knowledgeable proprietor to help with book purchases and share joy of life. These two Florida bookstores both measured up to the highest standard. 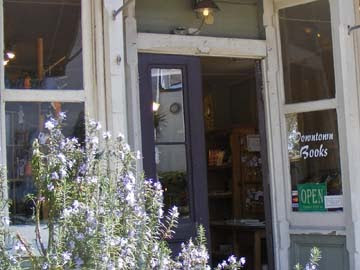 A really good book on Alzheimers caregiving will be welcome indeed. I think often people are so frightened that they don't see the good that can still be part of life. D'you think all independent booksellers are, um, as quirky as bloggers? Heh heh.

Gerry, have you read the little novel STILL ALICE? It might be a nice change from all your history reading and at the same time give you that not-entirely-negative look into the experience of Alzheimer's. I recommend it, both for learning about the condition and because it is so beautifully, imaginatively written that you really get inside the character.