Entire World Reorganized While Bookseller's Back Was Turned 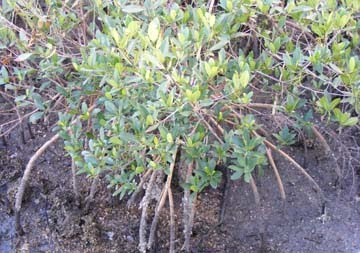 Not a lot of pictures in this post, but there are some great links to check out, unless all the rest of you are way, way ahead of me, which wouldn't be a huge surprise. Well, here's my confession:

Not only was Brontosaurus given a new name (I received this shock a decade ago and haven’t recovered from it yet), I now find, by accident, that the entire world of living organisms was reorganized while I wasn’t looking. There is a big new superdivision called a “domain,” including everything with nucleated cells. We (human beings), other mammals, fish, birds, trees, mushrooms and even plankton are now neighbors in the domain called eukaryota. All of us have special cells that contain a nucleus that in turn contains genetic material (chromosomes).

The problem that gave rise to the new classification is one we all (old enough to have learned these things under the old system) encountered in our first introduction to the classified world of living things. It came with the in-between organisms, those with characteristics of both plants and animals but not clearly one or the other. (This is an illustration of the general problem with the human propensity to divide everything into either/or, but I will resist that digression for today.) What to call them? Where to put them? Sharing motility with animals and sometimes chlorophyll with plants--in short, being a little bit country and a little bit pop--they now have their own kingdom in the new domain. They are protists, neighbors in our new joint domain.

Back to eukaryota, the domain at large. That name, from a couple of Greek words, is variously given in English, depending where you look for the answer, as “true kernel” or “true nucleus.” Since one authority gave the second word, charmingly, as “nuts,” I have decided to think of the domain as “good nuts.” The other guys, those without the good nuts (actually, they are without nuts or kernels at all), take in bacteria and viruses and such.

Often resistant to change, I find I like this new, expanded neighborhood. As one of my graduate school ethics professors said, as we moved from consideration of human rights narrowly described through broader civil rights and equality for women to animal rights, “Let ‘em all in!” The only problem is that it plays havoc with the classification I memorized back in freshman year of high school. That’s okay. I can adjust.
Posted by P. J. Grath at 11:17 AM

So now we have another paradigm shift, and did I notice? I did not. Too busy walking the dogs, who are apparently much closer relatives than they were before, although it's hard to tell from this perspective. We shall simply have to muddle through, as creatures always do.

Isn't it fun, though?