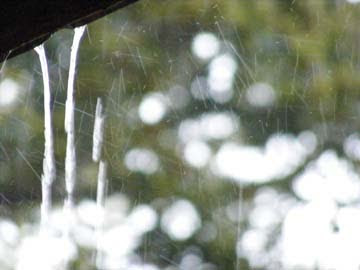 It’s been a very cold, rainy winter in Florida. Bad for the beach but good for writing and reading. A friend from Northport e-mailed to ask my favorite book of the winter’s reading, and I looked over my list to see how I could possibly choose one from all the rest. Deciding to limit my choices to fiction narrowed the field considerably, so, yes, the book title in today’s subject heading belongs to a novel, not the book on literary interpretation by William Empson, though Empson’s work was clearly a springboard for Elliot Perlman’s literary tour de force.

If you weren’t an English major, don’t let that worry you. And don’t be scared off, either, by the heft of the novel’s over 600 pages or the fact that the story takes place in Australia. Sense of place is pretty much irrelevant to Elliot Perlman’s The Seven Types of Ambiguity, and the story moves along quickly, kaleidoscopically, narrated in turn by different characters, each in turn “central” to the drama of his or her own life. While all accounts are given retrospectively (passages of dialogue sometimes repeat from one section to another, although the surrounding text differs according to who is narrating), not all are told from the same moment of time. Instead, each narrator not only adds a different perspective but also overlaps facts already presenting and moving the story forward with new facts to a conclusion we never glimpse in advance.

The one character most appropriately identified as “central” to the overall complex narrative is Simon. Simon idealizes the era of literary interpretation that brought forth William Empson’s work on ambiguity in poetry. He also idealizes the girl he loved during his university years and has never forgotten or replaced. When first we meet Simon, however, through the eyes of his psychiatrist, we see a young man who has lost his bearings and seems to have nothing better to do than drink himself to death.

Was he looking out at the street through the venetian blinds when reason momentarily turned away from him as though it had become as tired of him as he had himself? Reason has always been an early riser. It’s always the first to leave.

What constitutes a tragedy? A crisis? Depression or other mental illness? Who is responsible for anyone’s misery if not the miserable person?

We spend our time watching things like this happen in other people’s lives and attempting to divine what it is they have done to bring in on themselves. So when it happened in his life, Simon was ready to accept that he had brought it on himself but he didn’t know how he had done it.

The psychiatrist is addressing Simon’s former girlfriend not long after the event that marks the beginning of real crisis for all concerned. The reader is not told, at the beginning of each section, who is speaking and which character the speaker is addressing. Alex, the psychiatrist, urges Simon to think about the ambiguity of human relationships. Simon objects. It is harder for the reader to resist, given the novel’s structure. We cannot avoid puzzling over the relationships among the characters in this novel.

How can anybody not take something personally? As soon as you take it, it’s personal.

Angela, for example, or “Angelique,” as she introduces herself to Simon’s parents and their friends, emphasizing the fact that she earns her living as a prostitute. She is in love with Simon, thinking of him and referring to him as her boyfriend for as long as she can maintain hope that he will become what she wishes he were to her. Simon is to Angela what Anna is to Simon. Will there be no one, we wonder who will idealize Angela in turn? Might Simon learn to? Alex?

The author has a few sociopolitical axes to grind, and they are not terribly subtle. It’s pretty obvious that Simon’s diatribes against managed medical care, deconstruction and the decline of Western civilization are strongly shared by Perlman. That’s all right. The story is not harmed by the author’s passions, and the surprises are come right up to the end, along with the questions:

To see ourselves as others see us. To see others as they see themselves. Which is more difficult?

When is anyone a “lost cause”? Who among us can see the future?

Recommended enough that I'll put it on hold at my library!

I love the title already. Seven Types of Ambiguity. Be still my beating heart! (But only seven types?)

I know, "only"! But the novelist is riffing off the lit guy's book.