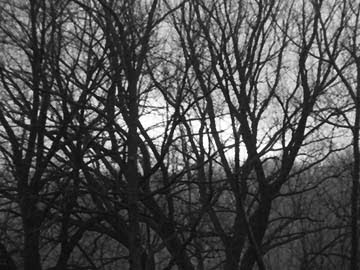 Being “in the moment” is a Zen ideal become pop cliché, easier to assimilate (though infinitely harder to put into practice) than our usual human ways of being, or, as Heidegger put the matter, “being-in-the-world.” The philosopher Martin Heidegger identified two of those human ways as “leaping ahead” and “tarrying alongside.” At the risk of egregious oversimplification, I will paraphrase Heidegger’s view by saying that, because human beings have projects and goals, we are always leaping ahead into the future. We are, in fact, “thrown” into it, whether we will or no. To live completely in the moment (does “the moment” even exist?) would mean to live without projects, plans, goals—without imagination!--and while it’s wonderful on occasion to still the fretting, squirrel-caging mind and simply breathe, it’s difficult to imagine that anyone would choose to give up visions of the future, even if that were possible. 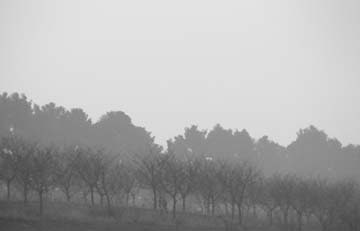 Another aspect of being human is that the dead remain with us for as long as we remember them. We tarry alongside them, feel their presence, dream of them, and continue in imagination our relationships with them. Again, while some memories are painful, would we really want to live without memories altogether? With that rhetorical question I am circling around to my destination, which is that while I find Heidegger’s insights on leaping-ahead and tarrying-alongside both constitutive of humanity and very poetic, I think his own insights argue against his claim that each of us tries to hide from the fact of our own ultimate death. It isn’t that we hide from the knowledge of death: it’s just that human knowledge cannot encompass death. These are thoughts I've had before, but they are very much with me these days, especially today, which was the occasion of Claudia Goudschaal's memorial service.

I’m going to make a little digression here, so anyone who wants to skip over it can simply scroll down....

Let me bring in a scary word here: epistemology. Introductory undergraduate classes call it theory of knowledge, so as not to scare off the undergrads, but epistemology textbooks are still among the most boring on earth, and thinking about why this is so can be heartbreaking. What is knowledge? How do we know anything? What kinds of things can we know, and what are the limits of knowledge? These burning questions have been made boring by 20th-century philosophy’s jealousy of science. Oh, let us become technical! Let us have obscure jargon and sleek formulae! Let us quantify and formulate and symbolize! Basically, however, despite renegade movements off on the fringes, most people if asked would assent to the pedestrian proposition that knowledge is “justified true belief.” (1) I believe something. (2) What I believe is true. (3) I have good reasons for believing it true. Bingo! One problem often cited is the case where we believe something true without having sufficient justification. This is generally seen as not really knowing. 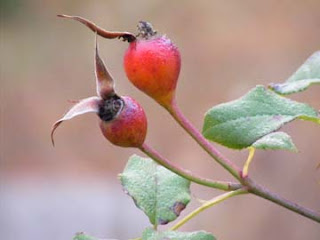 But okay, let’s flip the problem of knowledge around in ways that epistemology texts don’t usually do. What about the case where we know something is true—and we have all kinds of evidence and no doubt whatsoever—but we can’t make ourselves believe it? Believing without knowing is a problem philosophy has recognized for years. But what about knowing without believing? ...Sometimes, it’s true, we do refuse belief and defend ourselves against truth we do not wish to acknowledge (echo here of “The Music Man”), but other times it seems more as if the truth refuses to fit into our hearts and minds, no matter how hard we try to accommodate it. That, I believe, is our relationship to death, and all the dead bodies in the world are not evidence sufficient to counter the living spirits that persist in our memories, dreams and reflections. 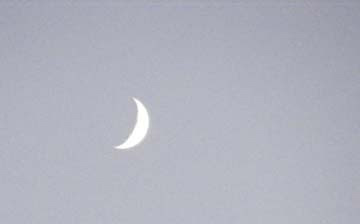 Good read, anything that sticks it to modern day Epistemology is a thumbs-up in my book. More later, I need to catch up on my sleep.

When Matt catches up on his sleep, I hope he will address my statement that Heidegger's reflections about tarrying alongside run counter to the his claim that we have an inauthentic relationship with death. I am still tarrying this morning and plan to do so for years to come.

The problem I have is with the words to believe and to know. My guide here is common parlance, which tells me that to believe means to take for true what one does not know is true. That in fact seems to be the premium that religious folk put on the word (Oh! I believe! despite the fact that I seem to be a little crazy). The test of belief is hanging on to it even when all the evidence is telling you to let go.

To know is harder to know since how do you know you know? Please forgive my sophisticated language. Anyway, this is why I like the word "conviction." When one has a conviction it means one is committed to it -- taking it as knowledge -- but only because one has been convinced. Also, it means one can be unconvinced.

As for the dead, I tend to think of the billions who are gone, gone, gone. The Horace Abbotts had a good friend named Ashton Carr who read Dickens's Christmas Carol to them every Christmas Eve. His name is in some of the books I inherited. There are a few old photos that may be him. But when I & my sibs depart this life, the last remaining traces of him will wink out. Nothing left. He'll be just one more of all the unknown and unknowable humans who lived out their intense lives during the last 2 million years.

The minute I saw the word "epistemology" I simultaneously laughed and scrolled down to the comments. ha ha, sorry, Pamela! It just reminded me of the many conversations with my grad school son last weekend.

As for being in the moment, here's how I think about it. If the dead come up in our consciousness, they're in the moment. If a thought comes up about tomorrow or yesterday, where does it come up? In the moment!

How's that for epistemology? (giggling again...don't even know if that sentence fits in here!)

Tarrying is not aigainst being "here and now".

Walking quietly, as a crowd is scurrying along the same path, this is indeed, the Way and its Virtue.

And walking is easier than running.

So Porter, you think that in common parlance belief excludes knowledge? That "to believe" and "to know" are mutually exclusive? It seems unlikely that people would commonly use words in this manner, since if they did they would be denying knowledge of what they believe. Common parlance, I would think, uses "believe" as shorthand for "believe to be true." Your definition of knowledge would be a conviction, with sufficient evidence, that something is true. At least, I believe that would be your definition. I don't see a distinction between believing and holding a conviction.

Kathy, I love it that the word 'epistemology' made you laugh. One of my professors at University of Cincinnati (I did my first two grad years there before transferring to Illinois, where I received degrees) used to host a huge Thanksgiving dinner, and one of our rules was "No epistemology at the dinner table!" I see what you mean about those thoughts of yesterday and tomorrow, and they make sense to me. The usually urging to live "in the moment," however, is usually a direction to avoid such thoughts.

So, Cochonfucious (quel nom delicieux!), it may well be that American pop mystics misinterpret the Way--and I wouldn't be at all surprised. My question, though, is not whether or not tarrying alongside is contrary to being in the here and now, but whether or not tarrying alongside is an argument against Heidegger's claim that we hide from our knowledge of death and thus live inauthentically.

Thank you all for your responsees! I am very cheered that today's excursion into philosophy did not, as usually, clear the room!

Despite the mounting evidence, I think we're all in denial that death will come to us too. We distract ourselves with projects in the future or remembrances of the past in order to get our minds off having to address it.

Daily, Benedictine monks are to ask themselves: Is today 'the day' (my last on earth)? If I try to follow their example, I am better able to focus on the daily task of living, while simultaneously keeping an eye on the eternal.

Well, Amy, that's Heidegger's line--that we're distracting ourselves so as not to see death looming. I have no quarrel with the Benedictines' meditative question but do think Heidegger was wrong. Yesterday morning I was trying to imagine the earth entirely devoid of human beings--all of us dead and gone--but (and this will sound Cartesian) I was still the one imagining it and couldn't take that bit out. I imagine what the world will look like--and there's me, looking. I dwell on a friend's nonexistence, but it's my friend, that friend's existence, and not a void that comes to my heart and mind. We must all prepare for and accept far more than we can ever comprehend. That's all I'm saying.