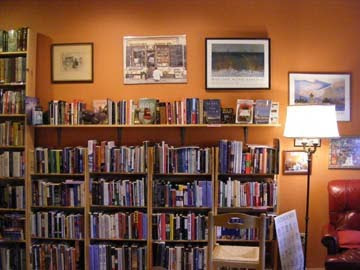 It's been over three weeks since I read Q Road, a novel by Bonnie Jo Campbell, set along the banks of the Kalamazoo River in southwest Michigan, with the fictional action centering on October 9, 1999, and I haven't yet posted anything about it, but today is the day. The writing in this novel blew me away! It is cracklingly clear, her characters vivid, her images startling. In short, Q Road is a book for any season, as well as for readers who may never have set foot in Michigan or entertained dreams of living in the country. "Book you're an evangelist for?" Q Road, for sure.

Here is one of the main characters, tough young Rachel, solitary, determined and fierce:

She appreciated all that grew above the surface—her tomatoes and peppers, Harland’s corn shooting upward and browning for harvest—but she loved just as well the blue clay and silt from which the plants sprang, the sandy creek mud beneath the watercress, the soil itself. What she did not like was asphalt and concrete, and too many buildings clustered together. Fences too tall or difficult to climb seemed cruel. She wanted to be surrounded by farmland, swamps, meadows, and forests, and she wanted to tramp across every patch of solid earth north and east of the Kalamazoo River....

My regular readers will see instantly why I would care about and identify with Rachel, but, she is no romantic character in a pastoral-philosophical idyll.

Crazy hermit mother aside, even just growing up with a face like Rachel’s might seem to some like tough luck. ...Her close-set eyes were always a little bloodshot, and though she didn’t much like talking, she never hesitated to make the steady kind of eye contact people found disconcerting.

Whenever Rachel does talk, she curses. She curses very intentionally, believing that only if she uses foul language will others take her seriously and not back her into corners.

George, until he met Rachel, had “farmed with the mindlessness of a woolly bear crawling toward hibernation.” Rachel was 15, George decades older and divorced, to boot, when they first coupled. “Her rifle lay within her grasp, and she looked at him with no expression, through close-set, bloodshot eyes.” George had already deeded a small piece of riverfront land to Rachel’s mother, Margo, who lived by trapping on farmland along the river, but Rachel wants more. She wants to own George’s whole farm. That’s fine with George. He wants Rachel on any terms he can get. This is Michigan, but it may be a world you don't know at all.

David, the neighbor boy whose father has left and whose mother might as well have, has reasons for the things he does, though his reasons and behaviors have make sense only within his own mind’s desperate logic.

David Retakker did not steal and smoke his mother’s cigarettes as a result of peer pressure or because he thought smoking was cool; he stole and smoked them in order to scratch and burn his lungs, to toughen his inside skin until, like his hands, it would become leathery brown and strong enough to tolerate any sort of air. And if smoking made his breathing worse now, then it would surely make him stronger later, he told himself, strong enough to conquer his asthma.

David worships George, and George and Rachel both try to look out for David, and everyone in the community keeps an eye on George and Rachel, trying to figure out their unlikely “May-December marriage.”

There are other characters, among them Johnny, George’s lazy, dangerously charming brother; George’s old friend, Tom Parks, whose parents sold their farm to developers; new residents in new houses who don’t quite know how to become neighbors or even if they want to do so. There is also hay and straw to be gotten into the barn, corn and soybeans to be harvested, and there are pumpkins, other vegetables and flowers to be sold from Rachel’s roadside stand. Finally, there are the waves of woolly bears, those furry black caterpillars banded with reddish brown, ceaselessly crossing the road. Rachel is angry at the woolly bears when they get themselves killed on the road. George tries not see the little deaths.

There are many supporting characters and subplots, as well as historical flashbacks (long in history but not in the telling, never fear), but the action of the present, we soon realize, is focused on October 9, 1999, and the pace of that day increases as the story unrolls. We are taken inside cars and homes and barns to see the entire cast of characters one and two at a time, seeing as well (via an omniscient narrator) their secret angers, fears and hopes. Inexorably, the hours pass, the people act and interact and watch each other, and the reader turns the pages ever more quickly, with held-in breath, racing toward an end she does not want to reach. I was reminded of the movies “West Side Story” and “Do the Right Thing.”

I do not like to “give away” stories before others have had the chance to experience them. Still, if anyone needs further convincing, here is a passage that gives nothing away, a passage in which none of the human characters appear, a scene in which a goldfinch is killed by a cat:

Still, the goldfinch fluttered its one good wing upward, calling to the air where it had lived, to the hazy sky, which tomorrow might be clear. “Sky, pull me up,” the bird cried with its almost weightless body, but could only flap its unbroken wing, swishing to no effect. Gray Cat held the bird down, occasionally letting loose in order to circle, stretching out a paw again when the bird began to shift. Eventually the bird did not move, but only stared up at the sky, yearning, alighting in its mind the way it had alighted ten thousand times from the ground or from a thistle or from a feeder built to resemble a barn. Never before had the bird known that to desire flight was not the same as to spread wings and rise. The cat sent his claws through feathers, into nerves. The bird’s yearning thinned, along with its breath, thinned to something like a whisper of smoke, and the bird was extinguished. 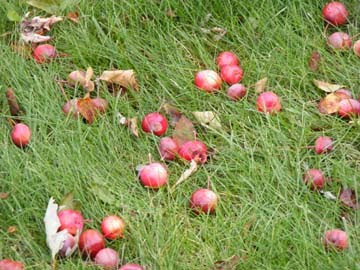 Oh boy. Superior writing--but am I up for the reading?

Gerry, this is a story like ISADORE'S SECRET that you pick up one day and can't put down until you've finished a day or two later. The story carries you along. Don't be frightened!

I'm in the middle of "The Road" by Cormac McCarthy. I'd not heard of Q-Road before.

Q ROAD went under my radar, too, dmarks, when it came out in 2002. Although it got good critical reviews, it didn't make much of a splash. Now that I've discovered it, I'm on a mission to bring this book to people's attention. Try the TC library. If they don't have it, they should!

Cormac McCarthy is a different kettle of fish. Top-notch writer, very poetic, but depressing as hell, sort of a male Joyce Carol Oates. I read THE ROAD and now feel I've done my CM duty. Other writers deserve attention, too, such as Bonnie Jo Campbell.

I've read many post-apocalyptic novels before, and like the genre. The best I think are by Edgar Pangborn.