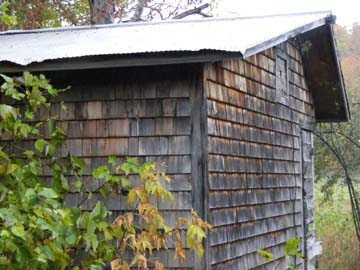 In Donald Lystra’s newly released Season of Water and Ice (Northern Illinois University Press, paper, $13.95), the novel’s now-older narrator recounts events from one late fall and early winter of his youth, a season of new experiences and attendant confusion spent with his father in an isolated cabin on the shore of an inland lake in northcentral Michigan. As his father struggles against failure in the new life he has chosen for himself and his family, desperately working longer and longer hours, drinking more, and longing for the company of women after his wife’s departure for the civilized life of Chicago, Danny struggles to find his own place and answers to the questions that crowd in on him in his loneliness. How can his mother have left him and his father if she truly loves them? Will she ever come back, if his father is unable to build their dream house? What is a home, and is this cabin a home? And (more and more urgently), will some girl or woman ever find him, Danny, lovable? He also learns how to be alone in nature and to enjoy what he finds there.

The general direction of Danny’s questions is all too familiar to many of us. Close beneath the surface familiarity, however, lurks a razor edge of danger. Violence is more a threat lurking in the wings than a star player in the drama, but the possibility of violence, like the chance of snow on a cold November day, colors many of the novel’s scenes and keeps the characters’ emotions on edge. Bruises, threats, the appearance of a small pistol hidden in a suitcase: the story does not build through nonstop action to a feverish pitch but slowly glides along, jumping forward from time to time to assume an unexpected shape, like life itself.

I had never seen a man strike another man before, and I was surprised how simple it was and how fast it could happen, how it could be a thing you saw on a normal day and not something that seemed remarkable or that you had to get prepared for.

Danny’s friendship with the slightly older Amber, pregnant and unmarried, is the central relationship in the book. Amber hopes to marry her child’s father so that she will not be forced by her mother and stepfather to give the child up for adoption, but she turns to Danny for comfort and for confirmation of the validity of her plans. Danny is both attracted to Amber and afraid of intense involvement with her complicated life. His growing awareness of responsibility for the consequences of his decisions moves the story forward.

The self-awareness of the two young people and the dialogue between them sometimes feels more adult than adolescent. Reflecting on this, I don’t see it as a problem. Adolescents do, after all, try on adult behavior and mannerisms, and 1950s American culture, in general, set a higher conversational tone than more recent film and fiction. Also, it is Danny as an adult recalling the events of the past and not simply reliving them through his younger self. Finally, I must say that it was my pleasure as a reader to put myself in the hands of a skilled literary storyteller, someone who cared enough about his characters—all of them—to let them articulate their situations as clearly as possible.

Poet and novelist Jim Harrison often used to say that northern rural Michigan was much like the rural South, and this is the Up North depicted in Lystra’s book. This is the backwoods, out-of-season, long before summer cottages and hunting camps were replaced by second and third year-round homes. The characters in Season of Water and Ice are living on the raggedy-poor edges of their times. 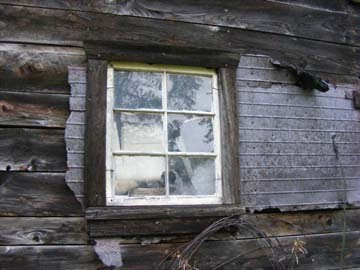 This debut novel is quietly impressive. It was never obvious to me what direction the story would take next or where all the twists and turns would lead. Cold and isolation, personal and geographic, permeate the story’s atmosphere. Leaden grey skies press down and in on the characters and the reader. It is not, for all that, a “depressing” book. I was pulled in from the start and could hardly put it down. As usual, I won’t tell you how the book ends, but I will say that Danny and Amber somehow, again and again, manage to regain sufficient hope and vitality to envision happier days ahead, and it was this that kept me caring for them until the last surprising page. 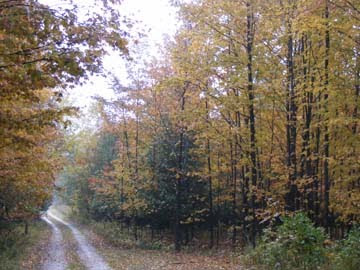 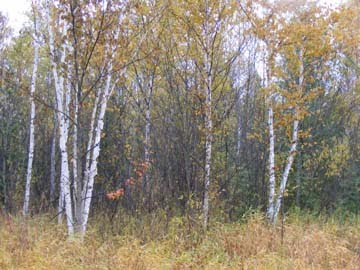 Three books. That's all I'm going to allow myself for the next four weeks (on account of the teaching myself physics thing but I digress). I have become a slow reader. I am going to put my paws over my eyes now. I have a list of ten and have to choose just three!

Is Mardi Link's book, ISADORE'S SECRET, on your list Gerry? That's one, SEASON OF WATER AND ICE another, and I won't burden you with my choice for the third. I'm reading ISADORE'S SECRET now (well, I'll be getting right back to it after I finish this comment), and I can picture the entire story, page by page, as it unfolds in Mardi's book. Just down the road from us, too, of course, though 100 years ago.

I picked this book up when I was up in Northport this summer. I must say that I love, love, loved it! I finished it in one evening, started around 8pm and stayed up until 1am to finished it. A wonderful read, and I am now writing a book review on it for my school's newspaper.
Thank you, Dog Ears Books for helping me discover this wonderful book. I can't wait to be back up in Northport in October.

Mallory, what perfect timing for your comment! The Leelenau Township Library chose SEASON OF WATER AND ICE for their first book discussion of the year. Unfortunately, my bookstore helper was out of the country, so I had to miss the session and am waiting for a report from someone who was in attendance. I loved this book, too. Look forward to seeing you again in Northport, soon!