Once Again, Falling Behind in My Reading 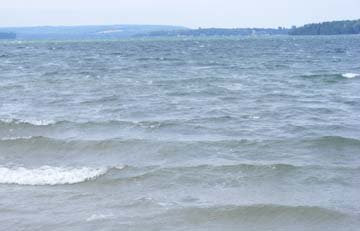 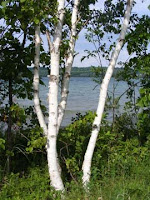 Wednesday was warm, humid and windy, a strange and unsettling combination. On Lake Leelanau the wind was churning up whitecaps early in the day. The marine forecast today is for one- to two-foot waves on Lake Michigan.

It’s been quite a while since I’ve added anything to my “Books Read” list. One reason is my usual hopping from one book to another, with four or five going at once. I haven’t finished one in a while. Besides that, it’s summer. Summer for me is high work gear as well as high social gear, not to mention gardening. (Winter is my primary reading season.) But a third reason is that, after years of saying I never would, I’m reading Stendahl, and I’m reading Le rouge et le noir in French, lucky to get through a few short chapters each night before being overtaken by sleep. I’ve never been a speed reader, even in English, and my pace is considerably slowed in French. Hope all those reasons together form a sufficient explanation. It’s all I’ve got to offer.

What did I expect The Red and the Black to be about? Armies on the field? No, the main character is an untried but ambitious provincial adolescent who finds himself raised above his father’s station in life because of his Latin studies, and the mother of the young children whose tutor he becomes falls head over heels in love with him. What makes this so fascinating is the way the author presents the interior reality of these two characters, showing the vast ocean of difference in their feelings over one and the same small event. Their two souls definitely do not beat as one; both are tormented but for very different reasons.

And then along come—what else?—about 20 boxes of “new” old books for Dog Ears, and I am instantly undone, yielding to The Burning Forest: Essays on Chinese Culture and Politics (1985), by Simon Leys. He begins the Culture section this way:

Chasing bits of truth is like catching butterflies: pin them down and they die. ‘As soon as one has finished saying something, it is no longer true.’ This observation by Thomas Merton could serve as a warning for the reader and should indicate the proper way of perusing this little essay.

In Chinese classical studies, it is necessary to specialize. It is also impossible.

...China is an organic entity, in which every element can be understood only when put under the light of other elements,,,,

It’s hopeless. He had me with the butterflies. 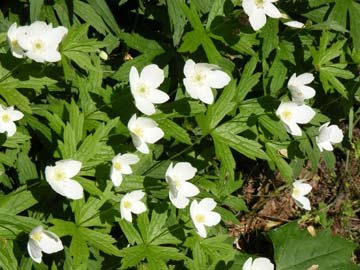 Down by the creek, Canadian anemones. “Anna-moans” is how I first pronounced this word as a child, finding it in a book. With the accent on the second syllable, the word trips off the tongue, as the blooms dance, whether in sun or dappled shade.
Posted by P. J. Grath at 5:06 AM

Canadian anemones! I've never seen any in a garden. Do you think it'd be wrong for me to dig up a 6-inch circle to try? I have Japanese anemone, but they bloom late and tall and seem very different.

http://www.wiseacre-gardens.com/plants/wildflower/anemone.html
says of this species, too, that it may become invasive. It is propagated by rhizomes, however, and transplants easily. Might not be too pretty to have a hole by the creek (and "if everyone did it..."), but I wonder if David Chrobak has some on his property. Wouldn't be surprised. Maybe you could get some from him. I don't have any here at home, or I'd be glad to share.

I think it would be very dangerous for me to own a bookstore. Or a bakery.

How about an ice cream stand, Gerry? Cherry amaretto with hot fudge would be my downfall on a regular basis.