On the Same Earth, a Different World 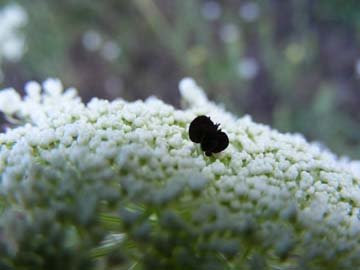 The Septembers of Shiraz, by Dalia Sofer. NY: HarperCollins, 2007

The Shah had been deposed and had died in exile, and Tehran lived in fear of Revolutionary Guards, who might come at any time to make an arrest. It happens to Isaac Amin on the day he had promised his wife and daughter he would be home for lunch. Never formally charged with a crime and laughed at for imagining he might come to trial, Isaac is held in prison, interrogated and, finally, tortured because he will not admit to being what he is not, a spy for Savak. We are shown Isaac’s situation and learn his feelings very intimately, as if we are his cell-mates in prison.

Isaac stares at his hands—the skeletal knuckles, the dark veins, the fingers he has always regarded as too short for his palms. He looks at his feet—anonymous, neither beautiful nor ugly—just feet, doing their job, keeping him upright. How much longer will they remain unlashed? The longer he stares at his hands and feet, the more disjointed they seem, and he wonders if he would recognize them if they were to be severed, somehow, after an earthquake, for example, or a plane crash, or another random, unforeseen accident. People reside inside their bodies for decades, but they rarely examine these vessels, and all their intricate, dutiful parts. A house is more easily remembered than a body: one can describe the number of rooms, the glass in the windows, the color of the walls, the tiles in the bathroom.

What will happen to his body if he were to die here? Will they shroud him in linen and place him in a wooden casket, as his religion demands, or will they dump him somewhere, in a mass grave perhaps? What will become of his faithful hands and his nameless feet, for which he suddenly feels enormous love?

From Isaac’s prison cell we move to his wife, Farnaz, in their apartment; to their son, Parviz, lonely and disoriented in New York; to their young daughter, Shirin, trying to make sense of her father’s disappearance, her brother’s absence, her mother’s strange behavior, and the increasingly treacherous waters she must navigate each day at school.

She had been to the infirmary five times in the past two weeks, a fact that had categorized her peers, her teachers, and now, Leila’s mother, as ‘sickly.’ But she doesn’t think of herself as a sickly child. What had been troubling her were bouts of nausea, accompanied by sharp stomach pains, and it was only once she was in the infirmary, sipping the tea prepared for her by Soheila-khanoum, the school nurse, that her stomach muscles relaxed and she felt the nausea float away. There, in the hush of the white-walled, sunny room, she would let herself be coddled by the nurse, a kind woman who people said had lost a daughter in one of the revolution’s bloodiest riots. ‘Black Friday’ people called the day of that riot. But for Soheila-khanoum, Shirin thought, the blackness must have spilled onto the other days, giving her nothing but black weeks and months. She wondered if Soheila-khanoum got bored or lonely all by herself in that infirmary, the silence a constant reminder of her daughter. She seemed pleased to have a visitor who interrupted that solitude as frequently as Shirin did.

Shirin has secrets she must keep. Isaac and Farnaz have regrets. Parviz can see no clear future for himself. But the details of all this interiority accumulate slowly, almost gently, as the author takes us from one character to another, through their memories of the past and fears of the present and future. 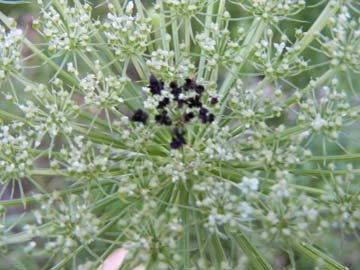 I stayed up so late to finish The Septembers of Shiraz that I did not want to know what time it was when I turned out the light, since I had to ride the train until my stop came, on the last page of the book, and today I am still wondering what happened to all of the characters in the unwritten pages following “The End.” Is Dalia Sofer, the author, the Shirin of the novel? Do I want to know or not? The story and its characters are real and dear to me, and I’d rather not think of them as invented composites pulled from living people and imagination. I want to think that Shirin, older now, is enjoying freedom, security and Queen Anne’s-lace this very summer, not only on the same earth but in a happy life. 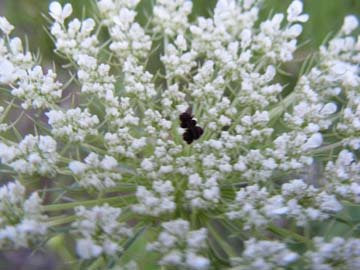