English Journey: Being a Rambling But Truthful Account of What One Man Saw and Heard and Felt and Thought During a Journey Through England During the Autumn of the Year 1933, by J. B. Priestley 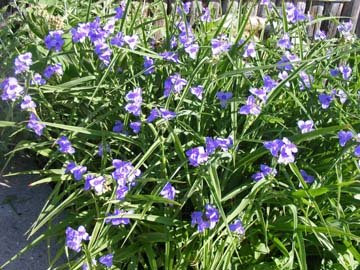 A smart-aleck asks, looking around the bookstore, “Have you read every book in here?” Friends sometimes ask how and when I find time to read at all. Most people don’t ask either question but assume, justifiably, that a bookseller would somehow, even in the busiest season, carve out a bit of reading time here and there. One of my strategies is to have a book by the bedside, another on the edge of the tub, a third on the dining room table and, always, a couple in the bag I carry back and forth from home to bookstore. It’s a little disjointed, this hopping around from book to book, but I do finish a few this way, and the ones I’ve read only in part have also entertained and edified me with parts read.

What is more difficult to find during “the season” is time to write about books I’m reading. And how to go about that writing? In bits and pieces, a little every few days, in the same manner as I approach the book, or shall I wait until I’ve read the whole book and try to write a comprehensive essay or review—but in the latter case, what has happened to all those page notes, anyway? The backs of envelopes, miscellaneous Post-It notes, café napkins, event fliers, etc. have all vanished, leaving me—oh, here’s the Leelanau County Recycling Guide, an appropriately green sheet of 8-1/2 x 11 inch paper, and here are some very sketchy notes I tried to reconstruct after having mislaid one or two earlier sets while reading Priestley's English Journey. Let’s see if I can make anything of them.

There's a problem already. Priestley, touring his native land in the 1930s, following the Crash of Wall Street and the closing of much industry in England, never used the term “global economy” but discussed the concept in other terms, and on an earlier sheet of notes I had a page reference, but unfortunately the page number is missing here, as is the page reference for electricity, which in 1930s England was having a revolutionary effect on older technologies much like that of our own digital and virtual revolution. Excuse me for a moment while I desert screen for page and search for these passages….

No, it’s no good. Other passages capture my attention now, slowing me down and demanding their due, such as this one about an old book the author spies in a shop window:

Among the tattered books in another window of this shop was one that I had not seen for many years, but I remembered it well, for it had been published by a man whose professional reader I had been, just after I first came to London, and this was one of the very first manuscripts I had recommended him to publish. Standing there, so many years and miles away, I could see myself writing my report on that book. And now here was a copy of it, dingy and torn, a waif in a back street in Swindon, but alive, still alive, only waiting for somebody to put down sixpense so that it could say all over again what it had said to me, in a neat typescript, long ago. The publisher himself was dead and gone; a bus or bacillus might remove me at any moment; and that book, which had made no stir at all in the world, would outlive the whole condescending crew of us.

This passage was only a brief digression on the author’s part, hardly relevant to his subject of how his countrymen were surviving the economic “slump,” but can anyone fail to understand why the little scene would captivate a bookseller? Then there was another digression, on the subject of typewriters and their manufacture:

There are some things that you can imagine yourself making in a rough-and-ready fashion, but typewriters are not one of those things. And for twenty years, I had more or less taken them for granted. During that time they had developed amazingly. I can see my first typewriter now. It had the old double keyboard, an entirely different set of keys for capitals and figures, so that the paper seemed a long way off, and the machine itself was as big and solid as a battle cruiser. Typing then was a muscular activity. You could ache after it. If you were not familiar with these vast keyboards, your hand wandered over them like a child lost in the wood. The noise might have been that of a shipyard on the Clyde. You would no more have thought of carrying about one of those grim iron structures than you would have thought of travelling with a piano. Since then I have owned machines of widely different sizes and shapes and capabilities, and at this very moment possess several neat little portables, the ingenious implements of my trade. Just as some men talk about the motor cars they have driven, so, when I occasionally meet a fellow typewriter-owner of long and rich experience, I talk about the various machines I have hammered at. I had a grand talk of this kind with the general manager that morning, though of course he did most of the talking, out of a very long and rich experience. There is romance, the genuine glinting stuff, in typewriters, and not merely in their development from clumsy giants into agile dwarfs, but in the history of their manufacture, which is filled with raids, battles, lonely pioneers, great gambles, hope, fear, despair, triumph. If some of our novels could be written by the typewriters instead of on them, how much better they would be.

Can any writer resist such a passage? Can I be blamed for throwing off the blinders that would have kept me on the narrow search for the discussion of the 19th-century global economy, allowing myself instead to plunge into an ocean of nostalgia for the old manual typewriter, not even a "portable," that I balanced on my knees in bed to tap out adolescent attempts at poetry? How well I remember! Whenever there was a problem with its operation, I could simply turn the machine upside-down and see where the trouble was and correct it! Those were the days! Well, as I seem to have deserted the thesis for a series of sidebars, there’s no point in leaving out my favorite passage from the book. In his visit to the Wedgwood potteries, Priestley reveals himself in a manner that would be quite in fashion in our own time:

’Can’t I have a shot at this?’ I asked the guide, piteously. He said I could, but he would take me to a special little department where a very experienced and highly-skilled man did the turning and decoration of the more important pieces. This department turned out to be a queer little eighteenth-century cabin, which looked at first like an old curiosity shop. It was crowded with a glorious hotch-potch of plaster moulds, blue prints, vases in various stages of completion, rum little tools, clay shavings, and a hundred-and-one other things. It looked like the mad jumble one sees in pictures of old alchemists’ chambers….

…I guessed of course that it could not possibly be as easy as it looked, that men do not have seven years’ apprenticeship for nothing, but I did not care how big a fool I made of myself before these grinning lads and lasses; I had to try my hand at it. And of course I cherished a vague hope, which was perhaps less vague after lunch than before, that I would prove an exception to this rule of craftsmanship, that I would be miraculously endowed with potter’s thumbs at once (‘Why, you were born with the touch, sir,’ they would cry, startled and admiring), and that I might achieve, within a single hour, that Priestley bowl, that Priestley vase, which would open a new chapter in the history of this famous old firm. (For more than thirty years now I have never tried to do anything new without cherishing this wild hope, that God would let me play tennis or billiards or the violin wonderfully at first sight, allow me to display myself suddenly as a heaven-born orator or singer. No such miracle has ever happened. Nobody yet has been startled by my exhibition of unsuspected skill. Yet I know I shall go on hoping in the same foolish fashion right to the very end, when, the silliest old man in England, I shall be hoping to die in some neat clever new way.)

Haven’t we all had those fantasies? Well, that being my very favorite passage in the entire book, I’m tempted to close right here, but that would leave my page notes completely unused, so I’ll go back just a few pages to where the author is treated to an exhibition of the power of electricity, which he does not even pretend to try to understand, because it is in this sort of discussion that I see very little difference between his world and ours. “The China Syndrome” worry would not astonish Priestley a bit. He foresaw it in what we look back on as a “simpler” time:

I am very vague about these technicalities. It is no use my saying I am like a child where electricity is concerned, because nowadays children seem to be born with the faculty for comprehending high tension and low tension and voltages and amperes and watts. I will say then that I know as much about electricity as the average Asiatic peasant. I do not try to be dense about it, but there is a something inside me that refuses to learn, understand, remember….

While the others were being technical about the transformer, I told myself that those these fellows, here and all over the world, probably knew what they were about, this trick of stirring up the violet-hot god, making him give a performance, and then hurrying him out again, was very sinister. They would do it once too often. Some morning there would be one gigantic blue flash and the whole industrial Midlands would look like a smoking dustbin—or even more like a smoking dustbin than they do now. There is in front of us—we are definite in for—an electrified world. It will be filled with cheerful young men in overalls, looking all alike and smoking the same kind of cigarette; and they will play about with millions and millions of volts. Until one of them, having just had a quarrel with his girl and being a trifle absent-minded, will pull the wrong lever. Astronomers out Serious way—beings perhaps shaped like gigantic crabs—will note a disturbance in the Solar System. I hurried with the others to the firm’s dining room: I thought, let us lunch while we can.

A honeybee post, surely - a dip into this flower and that one, pollinating thoughts in passing, an industrious bee, humming.

Summer in northern Michigan for those of us who live here is nearly all work. Luckily some of our work is playful!

And speaking of bees, I need to do a little album of roses soon. They are blooming all over the place, in gardens and wilds.