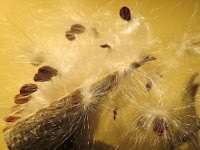 Am spending early mornings drawing and reading rather than jumping directly online, and it's a nice change. Feels more productive and also calmer, although sometimes I do get pretty worked up by what I'm reading.

This morning, for instance, I raced through the the first three chapters (Part I) of The Big Sort: Why the Clustering of Like-Minded America Is Tearing Us Apart (Mariner Books, 2009), by Bill Bishop. Are Americans more deeply divided than in past decades? Bishop's data and analysis of it say yes. He does not, however, blame either political party (or both) or conspiracy or gerrymandering but has traced the phenomenon to a "migration of self-selection," whereby Americans able and willing to relocate tend to join people like themselves in a new kind of segregation, economic and "value"-driven. The author looks at sociological studies on how people form and hold beliefs and opinions, and the finding is that, whatever the group under scrutiny, "Mixed company moderates; like-minded company polarizes." This is because (1) in a homogeneous group people are likely to hear only arguments supporting the group's dominant position; and (2) in order to fit in, group members are constantly comparing their own beliefs and positions to those of the group.


"It's an image maintenance kind of thing," explained social psychologist Robert Baron. Everyone wants to be a member in good standing with the dominant group position. It's counterintuitive, but people grow more extreme within homogeneous groups as a way to conform.

Bishop's look back at the Founding Fathers was fascinating and instructive. While a couple of anonymous critics of federalism, Cato and Brutus, believed that only very small communities could effectively self-govern, Madison and Hamilton saw in the heterogeneity of a vast and varied geographical expanse a source of strength. The very mixture of opinions and interest, they believed, would work against the growth of factions.


The men who wrote the U.S. Constitution and Bill of Rights rejected the "right to instruct" and adopted instead a government of deliberation and compromise within a heterogeneous legislation.

Where do today's lobbyists fit into this picture? What about those groups not allowed to lobby who instead invite legislators to "educational" events?

I'm only on page 81 of this 303-page book but am completely engrossed. Which town or neighborhood we live in, the newspapers we read, our Facebook friends, which nonprofit groups we support with donations and/or volunteerism, etc. may all be pushing us farther away from those we see as our opponents, making us unable even to hear what they are saying.

Food for thought? Good thing I have drawing class tonight (my last!) to give my brain a rest!

As far as new books arrived in my Northport shop, there is a wide range, from brain-breaking deep subjects to literature of all kinds to poetry and painting to sweep the unsettled dust away. I have to make a special plug for Farmacology, which is featured up in the right-hand corner and which I've written about before, though not a full-fledged review. If anyone I know were to read only one new nonfiction book this year (or next), this would be my recommendation. It is, necessarily, about a lot more than health and farming -- because how can issues in agriculture and medicine be separated from life choices and political agendas?

Others for your consideration today are: 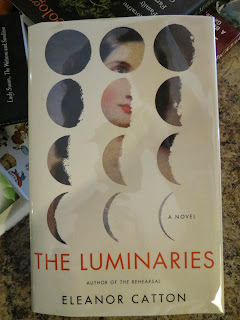 The Luminaries, by young New Zealander Eleanor Catton, is this year's winner of the Man Booker Prize. 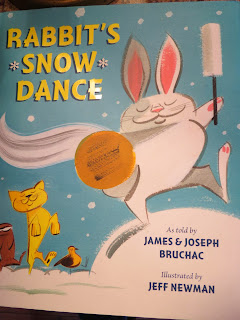 Rabbit's Snow Dance is the retelling for little ones of a classic Native American story, with irresistible illustrations. 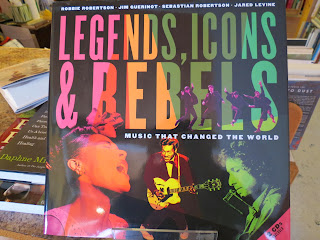 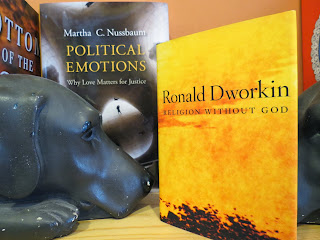 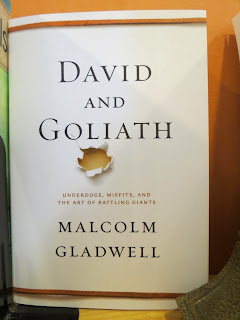 Malcolm Gladwell straddles the gap between deep philosophy and cultural observation. How do "underdogs" and "misfits" battle "giants"? Find out in Gladwell's latest book, David and Goliath.

Now the promised relief, in two beautiful new books, Art of the Sleeping Bear Dunes and, from New Issues Press, Poetry in Michigan. Even if I were not biased in favor of these two titles by the inclusion of beautiful David Grath images, I would recognize and recommend them as important contributions to new Michigan classics. 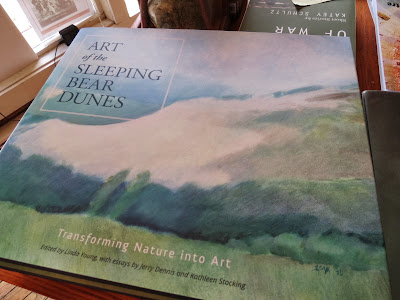 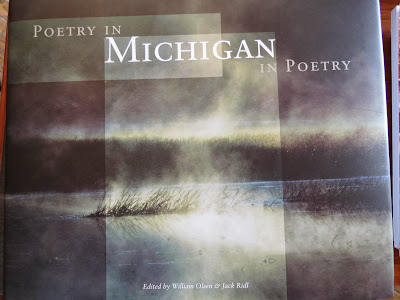 I probably don't need to remind anyone that there are always plenty of beautiful and thought-provoking used books at Dog Ears Books, too -- and when it comes to those treasures, every day is a potluck, and no one is a loser!

Later postscript: See here for continuation of discussion of THE BIG SORT.
Posted by P. J. Grath at 7:57 AM

Such thoughtful observations. I know it's hard to get the other side of any issue to listen objectively. Or listen at all. Frustrating...but then I find myself formulating arguments while only half listening to THEM...and I realize how difficult this whole debate thing is. I'm trying to hear the other side. It's not easy.

Anyone poets we know in the poetry book?

I've gotten almost to the end of the book now, Dawn, and will be writing another post. Quite thought-provoking. My dream for this book would be to have mixed groups of Democrats and Republicans (and other polarized factions) read it together and discuss it. Failing that, I will simply urge everyone I know to read it and think about it.

Will get back to you on the "poets we know," but we might know different poets!

I, too, enjoyed reading your observations. I will be in a polarized family group soon, so it will be interesting to see how we all survive! I would also give anything to be lingering in Dog Ears Books and checking out the offerings. Will have to wait until Thursday and visit Snowbound Books in Marquette. That is also always a treat.

Kathy, I'm sure you will be a voice of diplomacy, kindness, and reason in your family group. Please give my regards to Snowbound Books! They're great!