Always, For Me, Jane Austen 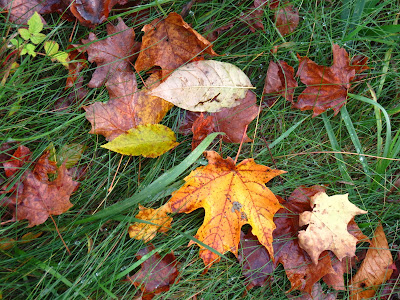 Our “intrepid Ulysses group,” having tackled James Joyce, Dante, Beckett, Shakespeare, Tolstoy, Faulkner and so on, decided most recently to read Pride and Prejudice together, the first time for about half the group. As for me, I’ve read this delightful novel countless times – really, cannot begin to count my readings, since Austen was my tired-brain-bedtime reading through my first two years of graduate school. Lined up at the head of my futon on the floor were Pride and Prejudice; Sense and Sensibility; Emma; Northanger Abbey; and Persuasion, and every evening when my brain could not absorb one more word of philosophy, I would crawl under the blankets and pull out whichever Austen novel I had closed the night before, opening where my bookmark had been left. Night after night. Finishing one, I would move on to the next, and at the end of the row I would begin again at the beginning. So yes, I know these novels pretty well.

But being asked to lead a group discussion made my reading different this time around. For the first time, I noticed Austen’s incredible economy of language. How much information is packed into the first sentence! We know that we have begun reading a comedy, that the cast of characters comes from a certain class of society, that the story will end in marriage, and that the author looks at her world with eyebrows raised and an amused smile on her lips.

It is a truth universally acknowledged, that a single man in possession of a good fortune, must be in want of a wife.

There it is. This “truth universally acknowledged” is of course not “universal” at all but part of the fabric of a certain class of English society at the time of the novel. The “good fortune” tells us more about which class of English men and women we will meet in the novel’s pages. “Single man” and “wife” aims us toward the marriage market, and the author’s sly wording tells us that she finds much humor in this business of families looking to marry daughters into money. All this in twenty-three words!

I also noticed for the first time how short many of the chapters are and how most of them consist of a single scene. Onstage in the first chapter are Mr. and Mrs. Bennett. Basically, we are given two sentences of introduction, then a spirited dialogue between husband and wife, ending with a paragraph summing up their marriage in general. Austen’s ability to convey character through dialogue is well known, and it’s no wonder her novels have been so often adapted for dramatic presentation, but has anyone considered how the English theatre might have been changed had she been introduced into a literary/theatrical milieu in London? What a playwright she might have been!

Of the 61 chapters of Pride and Prejudice (the final chapter being a summary exposition of the future of its characters, without dialogue), three stand out from the rest -- for me, at least -- in their startling dramatic impact: Chapter 19, the extraordinarily ridiculous proposal of marriage from Mr. Collins and Elizabeth’s spirited refusal of same; Chapter 34, another proposal of marriage, this time issuing reluctantly and haughtily from Mr. Darcy, and Elizabeth’s even stronger refusal; and finally the marvelous, irresistible scene between Elizabeth and Lady Catherine de Bourgh in Chapter 56. Surely Lady Catherine could hold her own onstage beside Oscar Wilde’s Lady Bracknell! Which one do you think would come out on top?

And oh, that Eliza Bennett! Who can help loving her? She is well read but no showoff bluestocking, musical without the heaviness of genius, not a ravishing beauty but slim and attractive, with bright, lively eyes, dark and beautifully expressive. Her sense of humor is irrepressible. She loves long country walks. She will not marry without love, even if it means remaining an old maid, and she is determined to be recognized as a “rational creature.”

Not for Elizabeth the wit of the staircase, l’esprit de l’escalier, thinking too late of the retort she should have made. No, Eliza is never at a loss for words (except when spoken to by her sister, Mary, who has none of Elizabeth’s quickness or sense of the ridiculous). Our heroine’s regrets are of a very different order, regret for what she said rather than what she did not say, regret that she let herself be prejudiced against Mr. Darcy and in favor of Mr. Wickham for no other reason than the former’s initial coldness and the latter’s easy charm, the one offending and the other fueling her own pride. The conclusions of all reasoning rest on the soundness of first premises, and this charming "rational creature" had some hard lessons to learn before reaching her happy ending.

I put forward to the group the following hypothesis: Mrs. Hurst, Bingley’s married sister, is crucial to the story by giving Miss Bingley an audience for her cruelest observations on the Bennett family. Without Mrs. Hurst, Miss Bingley’s character would not be so readily revealed. Mr. Hurst, who does nothing but eat and sleep, is useful in taking his wife out of the marriage market so that Bingley does not have two sisters competing for Mr. Darcy.

One question our group has not yet resolved is Mary, the pedantic Bennett sister. What is her function in the story (or drama, as I now think of it)? Does she have one? Any thoughts? 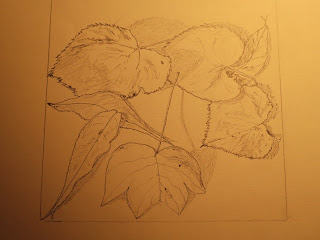 Not generally a great reader of secondary sources, I did venture into a couple other writers’ researches and views of Austen. I picked up some interesting facts but also found a couple of opinions that had me spluttering. How in the world can Francine Prose, in Reading Like a Writer: A Guide for People Who Love Books and Those Who Want to Write Them, say that Mr. and Mrs. Bennett had a happy marriage?! Did she read the last paragraph of the first chapter or the first paragraph of the forty-second chapter? “Close reading,” the method Prose recommends to writers, certainly fell down on the job here! And Nigel Nicolson, in his book, The World of Jane Austen – how can he say that Austen looked at houses only as evidence of characters’ wealth, not of their taste? Here is a description of Pemberley and Elizabeth’s response to it:

It was a large, handsome, stone building, standing well on rising ground, and backed by a ridge of high woody hills – and in front, a stream of some natural importance was swelled into greater, but without any artificial appearance. Its banks were neither formal, nor falsely adorned. Elizabeth was delighted. She had never seen a place for which nature had done more, or where natural beauty had been so little counteracted by an awkward taste.

Does that sound as if only wealth had been on display or noted by the heroine or author? Nicolson advances “evidence” for his claim that Austen did not care for a certain contemporary architect by quoting lines of dialogue from another of her novels – but the character who advises throwing out the architect’s plans is a shallow fop! Who on earth would take Robert Ferrars as a mouthpiece for the author? 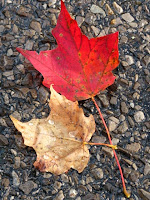 But there were nuggets of information in the little secondary reading I did. For example, I learned that the four novels published during the author’s lifetime were published anonymously ... that her brother acted as her agent ... that her posthumous reputation was very great when her brother revealed her identity ... and, most heart-piercing nugget of all to my mind, that Jane Austen never in her life met another writer. It is one thing to live in a small village or in the countryside and to have a limited circle of acquaintance but never in her life to have met another writer? How I wish I could invite her to my bookstore to meet my writer friends! Imagine the exchange of views, the “spirited critique” of society and literary fashion!

Thank you so much, Helen! And didn't we have a wonderful time watching all those film versions of Austen novels at your place in Carefree?

I went back into this post today to add a couple of bits on other characters. Still pondering Mary. And Mary, the ultimate ponderer -- wouldn't she love that?!

Ahhh...Jane Austen! Every time I've surrendered to one of her books, it's been a gift. Lovely post, Pamela.

Jane Austen is all the rage these days -- movies, knock-off novels (some quite good), book clubs, etc. So why is it I feel she is still underappreciated? Richard Dawkins says he “can’t get excited about who is going to marry whom, and how rich they are.” Really? Does he also disdain Shakespeare's comedies? I would say more about Dawkins and the particular dead horse he couldn't stop beating, but I'd rather turn back to Jane Austen!