Without Religion, What Would We Have to Fight About?

The resolution to be debated on NPR last Sunday (a week ago today) was that the world would be better off without religion. That is, the affirmative side wanted to be rid of religion, while the opposition defended religion. Debaters were: for the resolution (against religion), Matthew Chapman & A. C. Grayling; against the resolution (defending religion), Rabbi David Wolpe & Dinesh D’Souza. You can read or listen to the entire debate here, and I wish you would, because I’m wondering if anyone else heard what I heard.

I won’t give my critique of the debate yet but will say that the criteria by which I award points (my point system could be formalized but wasn’t when I heard the debate on the car radio) include speakers listening to one another, demonstrating that they have heard the other side’s arguments and making direct, serious response to those arguments. I mentally deduct points for name-calling, straw men and the like.

For now (and I realize this gives away the position I would take on the debate, but do not mistake my position for my judgment of the arguments presented; these are two separate matters, insofar as I can separate them, and I try hard), I’d simply like to offer a list of all the things human beings would hate each other for and make war over if tomorrow, by the wave of a sorcerer’s wand, religion were to disappear from the face of the earth. Imagine what follows voiced by deadly foes.
Obviously, the list could go on and on and on. Human beings fight over territory, resources and wealth; they fight for material gain, for personal power, for power over others and for glory and honor; they fight out of fear and envy, from greed and in their own and others' self-defense. In my opinion, religion is not the cause of wars, although it is a frequent rationalization given for them. What do you think?

I'm coming back to add a Monday morning postscript, having received e-mail from a friend concerned, after reading this post, that I was exhausted, angry and depressed. Not at all. It is my philosophical turn of mind, along with many years of graduate school in philosophy. Argument fascinates me. Debate fascinates me. Unlike one of my sisters, I never got into formal debate exercises, but all week since hearing the radio discussion I've been wondering what criteria, if any, ordinary people (in the audience) use to judge winners and losers. Beyond that, the question of the truth of the matter nags at anyone who listens to the news and thinks about history, doesn't it?

Another postscript: The rest of my thoughts on this were posted the following day. 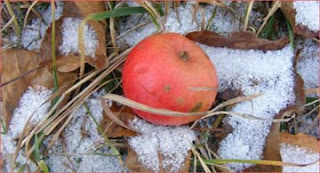 If you get rid of religion, you still have the huge atrocities committed by the top two mass murderers of all time (Stalin and Mao). They were strongly Atheistic. But perhaps fewer people might have died if there were "no religion", as Mao and Stalin targetted theists for slaughter.

And a lot of lesser major "fiends" of history", including Pol Pot and the dynasty in North Korea, would not be affected by a supposed improvement in things getting rid of religion.

So this remains unchanged. And being doing this you've gotten rid of Dr. King and the abolition movement.

Also related to ""There is no justice without complete equality." and "“What you have, you stole from us, and we will never forgive you.”"

is this one: "You have more than me, so that is a crime against humanity! It's unjust!""

This, or false perceptions of it, are at the root almost all of the worst atrocities of the 20th century. Envy and jealousy uber alles. The appeals to "class warfare" by the great socialist leaders Lenin, Stalin, and Mao, let these men amass great power and kill millions in the name of such calls for "justice". The perception that Jewish people are richer than everyone and got that will through nefarious means is full part of this. It finds expression in the Holocaust. Similar hatred of the supposedly "rich, elite" Tutsi in Rwanda fueled the genocide in Rwanda.

There are rare but definite echoes of this which have happened in the OWS movement, including some occasional outbursts of traditional antisemitism from Occupy activists.

Then there are friends I heard from by e-mail who tried posting comments but had trouble doing so. Sometimes you have to wait longer than it seems you should before the squiggly letters appear and/or before you get the message back saying that your comment has been received. If you bail before either of these appearances, I won’t see you comment and won’t be able to publish it. Anyway—

“Not having listened to the debate, it does seem obvious to me that religion is here to stay, because it answers important questions for many people. It seems to me that what is important for ‘free thinkers’ is that they keep in mind that no one has all the answers, even if the answers are ‘god-given.’ Dogmatism on either side is a problem, especially when it leads to intolerance, which can lead to physical conflict.

“I tried to post this to your blog, but the security picture could not be displayed.

“The discussion caused me to think of something that Schopenhauer said about empathy. I googled and found this:

Steve, you are an excellent example, an open-minded, caring person who takes time to listen to all views!

“Just read your blog and tried (unsuccessfully) to leave a comment. We heard the debate on NPR and totally agree with you. Thanks for posting!

“By the way, isn't the premise a moot point anyway--because hasn't humankind always looked to some ‘higher power’/practiced some form of ‘religion’?”

Then came this e-mailed response:

“I would differentiate organized religion from human spirituality. The former dates back to the prehistoric shamans – ‘Dark Wolf is eating Mother Moon!
Obey me, and I will make him spit her out!’ -- and grew in a parasitic and symbiotic relationship in cooperation with the growth of the state, even while occasionally opposing it. Unlike the rabid ‘rationalists,’ and in contrast to my younger self, I see nothing inherently harmful in religious beliefs, or anything [in them] that any peaceful, honest person should fear. I have never in my life experienced even the slightest of events that gave me any reason to believe in the existence of anything ‘supernatural; or any kind of
‘higher power,’ and I'm not the type to hedge my bets. But I've long ago ditched the simplistic atheism of childhood and the dilettante neopaganism of adolescence, to be replaced with an agnosticism I now find comfortable and comforting rather than unsure and undecided. And I can honestly say that if I should leave this life and find myself judged by G-d, whether a blind watchmaker, a mad scientist, an alien squid beast, or a loving creator -- I've certainly done things in life that still make me ashamed. But one thing I absolutely will not be, is afraid.”

Well, THIS is frustrating! I had composed a long response to dmarks and thought it had posted, so I didn’t save it in Word, and now it seems to have gone astray. Let me try to recover the thought. As for the communist tyrannies, dmarks, the religion team brought up Mao and Stalin, the atheist team replied that those killings had not been carried out “in the name of atheism” (while everyone knows the history of atrocities and wars carried out “in the name of religion”), and while the religion team brought in the well-known citation to Marx, the subquestion seemed to die out there, much to my disappointment. Even the French revolution had strong anti-religion aspects, and the inhabitants of many convents and monasteries were put to death as “enemies of the people.”

To your other comment, dmarks, I think we agree that envy and greed take on many different guises and are often translated into ethnic hatred, all rationalizing inhumane acts without any necessary reference to religion, although here again religion is often dragged in as an excuse. Are we on the same page?

Yes, I think we are on the same page.

As for the Atheist atrocities not being carried out in the name of Atheism, someone should ask the Tibetans that. Many hundreds of thousands of Buddhists slaughtered in Mao's Atheism vs Buddhism conflict.

If one decides to factor out the atheism from the atheist-run atrocities, the same can be done wiht many of the wars blamed on theism. The troubles in Northern Ireland, for example. Take away the Protestant vs Catholic element and you have a conflict between people or Irish decent and those of UK descent. An ethnic conflict.

Tibet, yes. Ireland, yes. Ireland--under religion, politics, and behind that economics, and "in the beginning," invasion. On a more positive note, however--and don't we need one about now?!--changes in Ireland in recent decades give me hope for the world. Peace is possible. Human beings do not have to tear each other to pieces, destroying themselves in the process.

Here is another e-mail from a shy friend. I'll leave him nameless but can't resist quoting him here:

"Pretty good response. The NYT's conception of a debate was an embarrassment, starting with an irremediably brain-damaged way of posing the question about religion (for reasons you illuminate), continuing with the choice of a neocon bestseller author as one of the 'experts', and not at all stopping there.

"Keep being a philosopher."

The problems of "atheocracies" need to be developed, and complicate the assumed dichotomy of atheism vs religion.

The belief of the strong atheist is n fact a religious assertion, and rulers forcing this philosophy on others have killed probably a lot more than have been killed by theists in total.

If you keep strong Atheism and get rid of all other religions, the parade of horrors of the 20th century gets shorter. But only a little shorter.

Which neocon author were you referring to? I'm curious because often those who are tarred as "neocons" don't happen to be neocons at all.

Then we have Buddhism, which might or might not be a religion depending on how you look at it.

Some say Buddhism does not have the offensive problems they see in other religions, as it does not postulate gods. Be that as it may, I'm currently reading a memoir of a Chinese dissident in prison, and while most of his fellow inmates are criminals, there are also convicts whose only "crime" was to follow a certain system of belief involving meditation and exercise--hardly dangerous to the government.

I've queried my friend as to which debater he meant with the "neocon" label. I know what I mean when I use the word, but it wouldn't have occurred to me to use it in this context. For me it applies more clearly in the realm of government and economics; even there, however, my use has been challenged.

Coming back to answer the question from dmarks. My friend says he was referring to Dinesh D'Souza, whose name is only familiar to me from the New York Review of Books. I don't have an opinion on my friend's use of the neocon label in this case. Maybe in the future I will formulate an opinion. dmarks?