I mean it. No kidding. Six of us met the other evening and came to a momentous decision: the next book we read together will be Dante’s Inferno.

Our merry band originally formed to read James Joyce’s Ulysses, which a couple members said they could never hope to get through without support, and we were emboldened by our success (due largely to Steve’s leadership) to go on to read plays by Shakespeare, Molière and Beckett, then Tolstoy’s novel Anna Karenina. I was the wimp on the last round, sitting out Faulkner’s The Sound and the Fury, pleading too many other commitments for the fall season.

But now—Dante! We launched ourselves into the mood by looking at Steve and Lauran’s photo albums of their trip to Italy and by hearing about Marilyn’s more recent Rome-to-Florence adventure. The rest of us were nonplussed when Marilyn said that Dante’s name was originally Durante. Like Jimmy? Imagine that!

More serious consideration on our first Dante evening was to decide which edition to read and whose translation. In the end we agreed that we didn’t need to worry much about everyone reading the same English words with this particular work, as we can refer to a canto by Roman numeral and, within cantos, to numbered lines. So it is that four of us are committed to Mandelbaum’s translation, while Steve will be using his trusty Binyon, which features a synopsis of each canto immediately preceding it, rather than endnotes, and the sixth member will rely on an audio version. It will be interesting to experience more than one version of the work in our discussion.

If all goes well when we meet in January, we may proceed to the other sections of The Divine Comedy in the spring. But maybe not, too. As someone scrawled in the back of my paperback copy of Paradiso:


Is it easier to describe sin, horror and death? Satan in Milton the most interesting angel--the tortures in Inferno very creative, graphic, in terms of earthly bodies that we would understand--Paradise just a bunch of lights.

Well, that's one person's anonymous opinion. How do you see it? Are sinners most interesting than angels? And where would you put saints on that continuum? 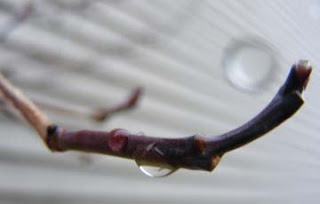 Picked up 'Inferno' last Summer on vacation. Vaguely familiar from a
historical standpoint, but it sits
unread while I read Jim Newton's
'Eisenhower-The Whitehouse Years'
read (for the third time) Matt Ridley's 'Genome-an Autobiography
in 23 Chapters' My college course
in poetry placed me in the stupid
category, and though I loved the
'Development of the English Novel',
my grading fate was similar. So,
discouraged still, I await your
interpetation of Dante. :)

Well, BB, I read the Purgatorio and half or more of the Inferno last winter but got so disgusted with the bland prose translation that I decided to start over. Why read Dante at all if not for the poetry? I was a literature major in college. Started in drama, switched to religion, then to philosophy. So what you’ll get from me will be very much the response to the work of an amateur reader. I am very much an amateur reader: I read for love of reading, of books, of language.

"Reading group going to hell!" Oh my gosh, Pamela, how hysterical! Our book club met last night and sometimes I think we're going to book club hell because we only spend 5 minutes discussing the book...nobody else seems to mind. Alas. We had our Christmas exchange last night and one of the participants forgot to bring a book so I ended up parting a little early with Once Upon a River. I did like that book. thanks for the recommendation. Probably won't be reading Dante, though!

That's an interesting question. I suspect that a great many Saints were sinners whose partisans were good at Church politics. Probably not a lot of angels in there at all. Tormented in this world by visions and frightened opponents, one hopes they found rest in another.

If the winter is long enough, I might be driven to Dante. Or Hell, one. In the meantime I am reading a mystery.

Kathy, I've heard people say about book clubs that it's often hard to keep discussion focused on the book. We do pretty well in that regard, with the person choosing the book responsible for coming up with thought questions and guiding the discussion. But then, we are only five people, which probably helps, too. --Oops, I was thinking of the OTHER group, but actually this group of 6 - 8 is run pretty much the same way, and if anything it is MORE focused on the book we've chosen. This group, the one reading Dante, is pretty serious, approaching each session like a class. --Do we sound dull? We're not! ("We're not, we're not," she insists defensively.) A little wine seems to grease the wheels of thought.

Gerry, my question about saints was really a loaded question. Saints, after all, were human beings, so they couldn't be angels. And wasn't it St. Augustine who prayed to be delivered from sin--but not just yet? Mysteries are good reading, too. I've been reading myself to sleep in recent weeks with Raymond Chandler and am on the third story now. Just love his dialogue. Love his descriptions and figures of speech, too. Really good writing.

It was pretty funny, Helen. Our group had been discussing the question of whether we should read the entire DIVINE COMEDY or only the INFERNO. I had been looking into a paperback bilingual copy of the PARADISO but hadn't seen the comment on the back page until we were all sitting together. I read the comment to the group, and it gave us something else to talk about. I know, I know. You are thinking, "I told you so!" (The rest of you: Helen loves to write in her books. Shocking?)

It sounds like you have a very "mature" group of readers, Pamela. None of you will be going to hell soon, I am sure. smile...

I should read Dante's version sometime.

I have read Larry Niven and Jerry Pournelle's "Inferno", which is very different in some ways, like cliff's notes to Dante's in others.

If I can get it together, I'll do a post on the reading and discussion after our discussion (in January). Don't know the version you mention. Would you say it's worthwhile?