My Sister Will Like Some (Not All) of These Little Things 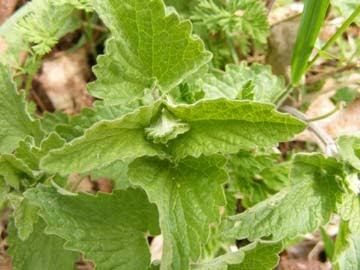 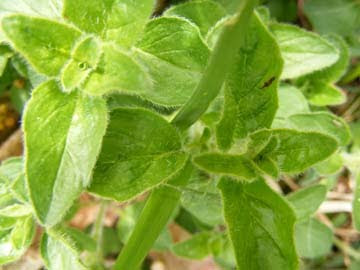 Sarah helped me find the remains of a little, abandoned herb garden behind an empty building in town that used to house a restaurant. (Everyone in town will know from this description just where the garden remnant is.) You know how dogs are. She was lolly-gagging around, discriminating carefully between one spot of ground and another, as if she were building a house instead of merely taking a pee, and suddenly I smelled mint. Looked and saw it. Looked some more and saw chives. Looked some more, rubbed a leaf--lemon balm. What a nice surprise! 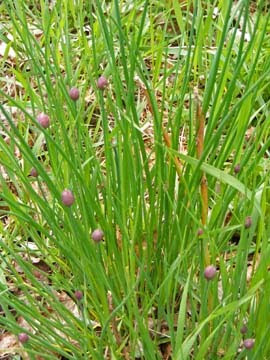 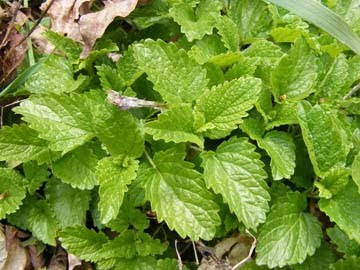 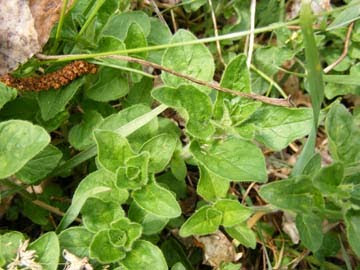 Later in the day, when we took another break and went out to one of Sarah's favorite places to run, I was not thrilled at all to see tentworms. 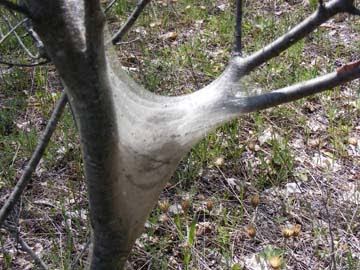 If you want to know more about them, this is one of the best sites I found. I took the hose to our little plum tree a couple of weeks ago to get rid of the tentworm webs there. But this time, on municipal ground, I took a closer look. Everything is fascinating when you look closer. I look at these bits of life and remind myself that from Nature's point of view, they are as valuable as anything else. We don't want them around, but they're just trying to make a living according to the kind of beings they are. 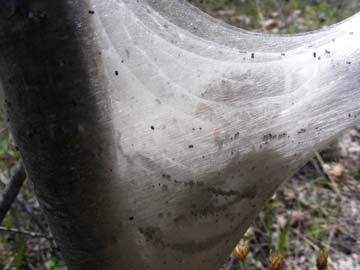 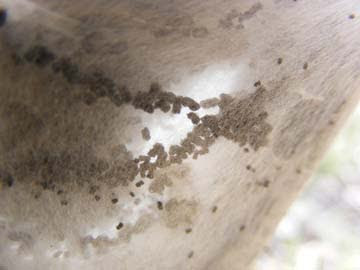 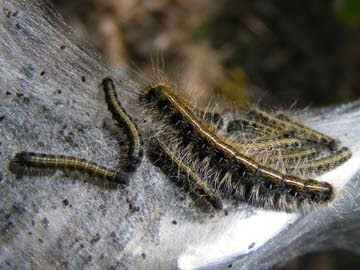 It's easier for me to be charmed and entranced by mosses and fungi and lichens. Who could fail to love British soldiers? I can resist a man in uniform easily, but not these little guys. 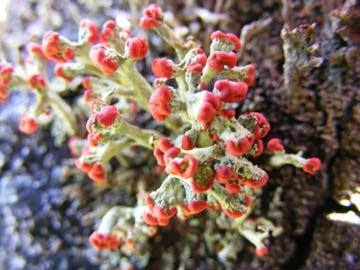 And then the rainbow of life on an old, punky, rain-soaked branch fallen from one of our basswood trees: 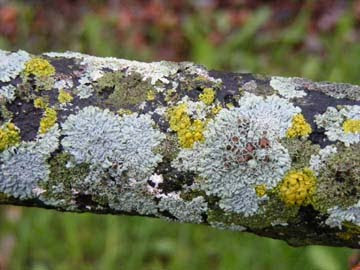 My question is, which comes first, the fungus or the weak punkiness of the wood? Does one bring on the other? 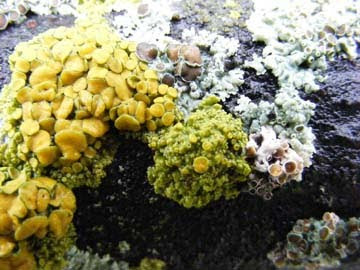 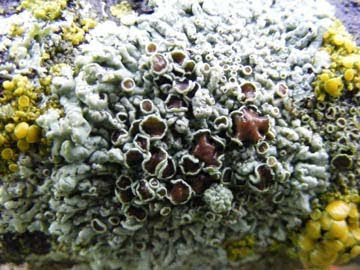 I loved the first photos! I did look at all and also went to the tent worm site. I loved the quote at the end of J. Nooney's column and the advice on how to get rid of tent worms, in case I have some here. Remember catching caterpillars? They were always fascinating. There is definitely something fascinating about all of life - plant, vegetable etc. You have such talent capturing the images. I just realized something - my older sister is still teaching me and opening my eyes to the world, just as she did when we were kids. I'm grateful and lucky to have such a sister and friend.

Deborah, you are a very kind and generous commenter. I'm lucky to have YOU as my sister! I did go back to the Nooney article and saw something I'd missed before, the horrible part about foals dying because the mares had ingested tentworms. That makes it much harder for me to be tolerant of tentworms--and I wasn't all that tolerant to begin with.

So Deborah is you sister...

I loved the photos, Pamela. Truly. Except maybe the tentworms. Saw a lot of them the other day on the way home from the river. Hmmm...

Antrim's infested with tent caterpillars. I say we drown as many as we can.

I think punky wood comes first, followed by fungus, but I wouldn't swear to it.

I am the oldest, Deborah next, Bettie the youngest.

Tentworms took over huge areas of Sleeping Bear last year, Two years in a row will be a double-stress whammy.

Soft and punky first, then fungus makes sense to me, Gerry, but are some of those lichens? Lichens grow on stone, too, so must not be as moisture-loving as fungi. Maybe we need to call in the experts on this one.

I do, too, Jessica, especially the contrast between the outer cup color and the creamy dark chocolate center.

You already have tent caterpillars in Michigan?! I hope you're able to keep them under control. I'll pray for tent-caterpillar-eating birds.

Now that you put it this way, Amy ("already?"), I'm trying to remember the first time I ever saw tent caterpillars. I know there was a time they were new to me, but it was years ago. Or maybe you meant "already" as in "this early in the spring," but again, I don't have tent caterpillars on my mental calendar of reappearing phenomenon. If St. Johnswort is early or late, I notice. This story may need to be followed up.