On the Water, Part II 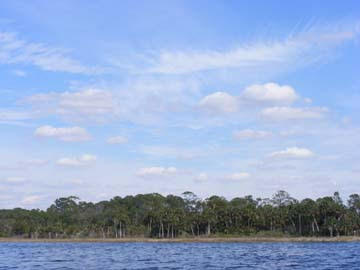 Here’s something that struck me on our Sunday cruise: It is that people who have spent 20 or 30 years or more in these waters, along these shores, give themselves permission when out in a boat to speak of other matters. They know so well the surroundings that are mesmerizing to me that most of what I am devouring with my eyes is unremarkable to them. A school of dolphin out on the Gulf or a manatee in the river will still interrupt talk of real estate prices or the never-resolved motor-vs.-sailboat debate, but in between the conversation could be taking place in a bar or on someone’s patio. And that’s fine. But for me being on these waters is like nothing else, like nowhere else, and to make the most of being there on Sunday I found myself as far back in the stern as possible, where the engine noise reduced the voices of the others to a distant murmur. As they gave themselves permission to be elsewhere in their conversation, I gave myself permission to be absent from that conversation. A guest, not a hostess, I let myself enjoy the breeze and brine more quietly and more directly. No one seemed to mind.

So, back to our day on the water. After coming out the channel from Hernando Beach, back into the Gulf of Mexico, with Captain Steve at the helm, we covered another roughly parallel stretch (very rough parallel, you understand) to the mouth of the Weeki Wachee River near Bayport, where again we were met by friendly dolphins. 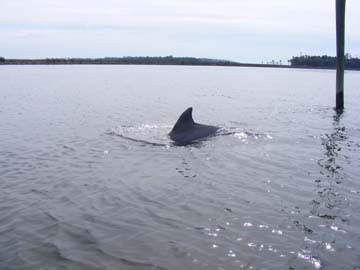 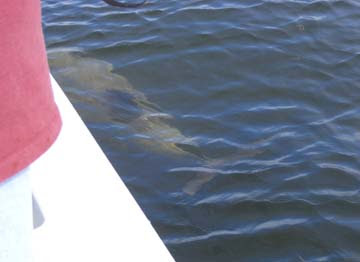 This bit of shore reminds me of the mouth of the Suwannee, though the latter is one of the longest rivers in Florida (its source is up in Georgia in the Okefenookee Swamp and the Weeki one of the shortest, coming only from the springs west of Hwy. 19. Doesn’t it look different from Michigan? Can you wonder that I wouldn’t want to miss a thing along the way? 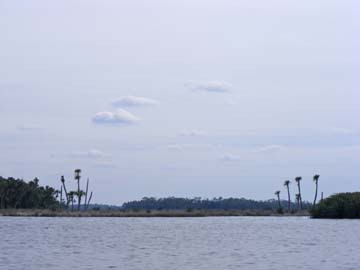 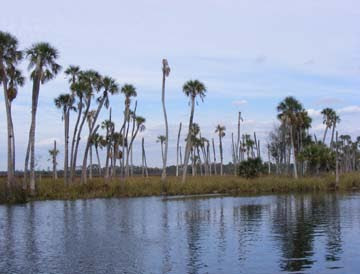 We saw many birds, from gangs of salty, bachelor cormorants (at least, I imagined them to be bachelors) to old senior citizen pelicans to a young nest-building couple of great blue herons, preparing for a venture (perhaps not their first) into family life. 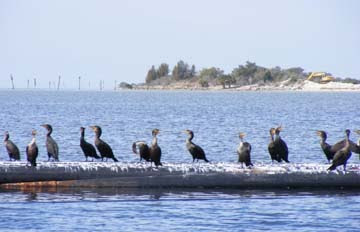 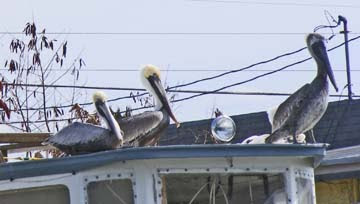 We saw lots of dogs, from friendly Jack on land to old-hand boat dogs. 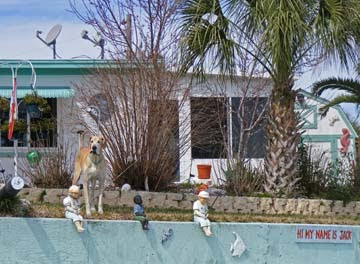 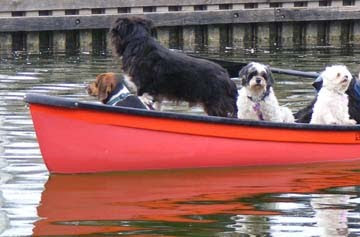 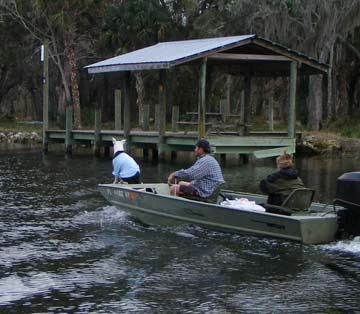 And here was my favorite house on the river, simple and old-fashioned. Years ago there would have been vastly fewer houses, and most of them, I imagine, would have looked like this. 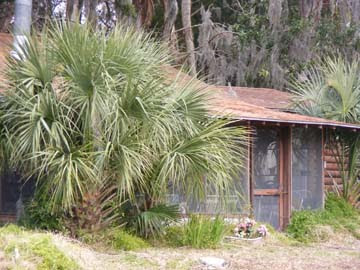 Look at those birds! OK, you did look at them, but, wow! And I love the house, too. I could live in that house. Maybe not in summer. Yes, it's all very different from Michigan, and that is why we go on vacation. A little change is a good thing. Don't forget to come home. I wish I were there. Just for a little minute.

I hate to see these simple, funky little cabins and cottages disappear, both in Florida and in northern Michigan. When such a property comes on the market now, the house is a "tear-down" because of the value of the land and the taxes on it. Why shouldn't people content to live simply be allowed to do so in a beautiful location? Rhetorical question.

You'd last longer than a minute, Gerry. I'd show you the really good stuff!

These are all so beautifully, quintessentially old Florida. Thankfully some of it exists and some people still appreciate it. Thanks for sharing!