On the Water, Part I

It was the perfect way for a Pisces to spend his birthday! Dolphins swam alongside Captain Steve’s boat as we made our way out the channel from Aripeka.

This part of the west coast of Florida consists of a coral shelf extending far out from shore, and the general rule is that you gain a foot of depth for each mile out you go, which means you have to go out two miles to get two feet of water, so it’s absolutely crucial to stay within channel markers on the way out (green on your right) and back (red, right, return).

I’m from Michigan. Freshwater is my natural playground, and when it comes to boats I’ve always been more interested in paddling along riverbanks and exploring shorelines than in being miles from shore. Even out on Lake Michigan, open water has never called to me as it does to some. [link “Mother, Mother Ocean”] But being out on that vast, watery expanse on a bright, clear day, with enough clouds to be interesting and enough breeze to be refreshing--it’s not bad at all! A friend of mine once told me her children found Michigan’s Upper Peninsula “boring,” because it was miles and miles of “nothing but trees.” As far as I’m concerned, there are no two tree-lined miles the same, and I never tire of U.P. scenery, a comparison that came to my mind Sunday, out on the Gulf of Mexico, where all around us there was nothing but water and sky. Boring? Not at all, since for 360 degrees we had unobstructed views of imitless shades of color and ever-changing effects of light. Look into the sun or away from it, back toward land or out towards Mexico, up at the sky, across or down into the water--every look revealed something new, no two moments alike. 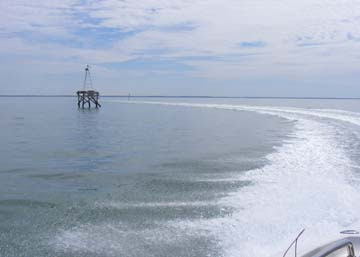 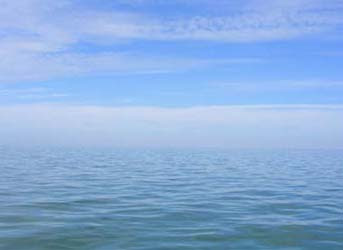 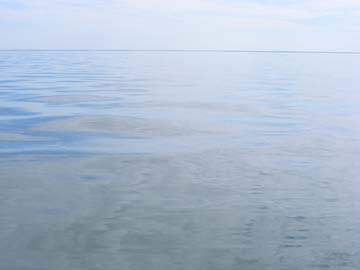 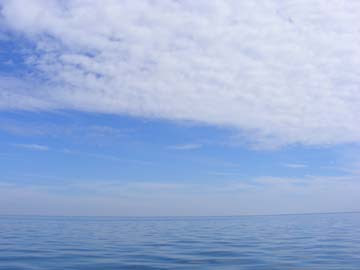 Steve and Michael and David and I set out from Aripeka, going west into the Gulf, then paralleling the curve of the coast before taking another channel back in to Hernando Beach, where we picked up Sean, Pam, Brenda, Willie and Sandy. The canals of Hernando Beach are crowded with houses that provided lots of little visual surprises. 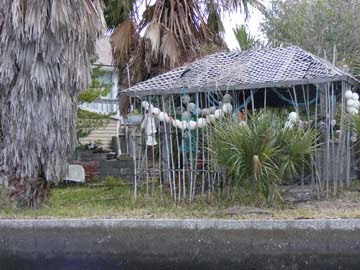 Back out again, then, past the dredge boats, back out onto open water under open skies. This was such a beautiful day, and I have so many pictures that I’m going to stretch the saga out over three posts, ending here for today. There will be birds in the next post, not just water and sky. 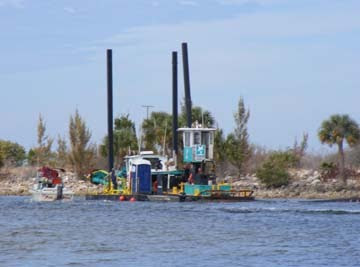 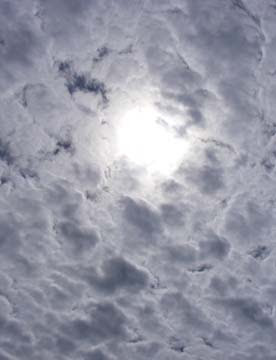 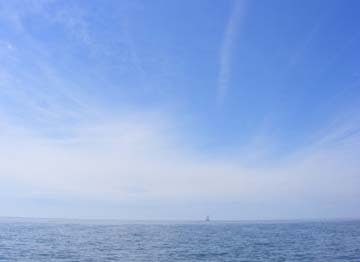 Sometimes hard to tell where sky and water meet, it's all a blue wonderland! I agree, miles and miles of trees is a wonderful thing in the UP, in conjunction with miles and miles or shoreline, and miles and miles of water. Love the colored bottle photo...the whole channel part would be fun in a small boat so you could get up close and personal with interesting things. Can't wait for your next installment!

Nothing quite so fine as messing about in boats. Or something like that. You know.

I enjoyed the cruise. Tomorrow I'm going to make myself one of those silly drinks with a paper parasol in it before I tune in for part II.

Something about that little canalside party hut in Hernando Beach grabbed me the way nothing else about Florida ever has. I am in serious need of a vacation.

You are right on my wave length, Dawn and Gerry! Others in our boat did not notice the bottles of color, and one Hernando Beach resident was happy to tell me that the little hut will soon go the way of the dodo, but to me it's the funky stuff that's the most interesting.