Thoughts Without a Theme 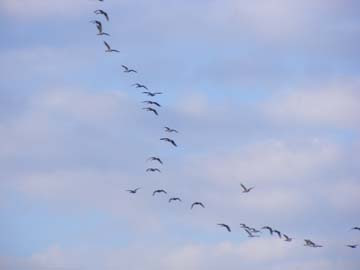 My mind is as steady and directed as the leaves that blow in the wind, and I’ve decided to take a break from sharp focus, not even trying to gather today’s images into a single subject. This is how my world looks these days. This is where my thoughts have been wandering, too. 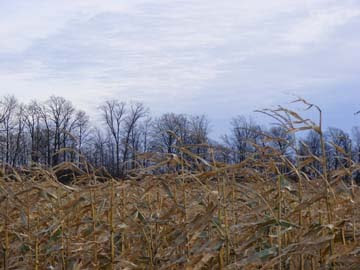 Without yet writing a post on David R. Montgomery’s enlightening Dirt: The Erosion of Civilizations, I’m already halfway through another book on agriculture, Deeply Rooted: Unconventional Farmers in the Age of Agribusiness, by Lisa M. Hamilton. Recently David and I watched a documentary film called “The Future of Food,” and we’re planning to see “Colony” this coming Monday at the State Theatre in Traverse City. Conservation of topsoil, the kind of farming that provides decent lives for both farmers and livestock, continued existence of viable seeds that can be saved from one harvest to plan the following year, and the survival of bees to pollinate green plants, wild and domestic alike, are issues that will decide the future of the human race. My soapbox statement of the day: Agriculture, like economics, is a subject that should concern everyone.

Because someone heard about it on NPR and wanted to read the book, I ordered The 48 Laws of Power, by Robert Greene. Touted as this age’s version of Machiavelli, the laws are about what you would expect—hide your feelings, get others to do the work while you take the credit, keep others dependent, don’t trust anyone, etc. Last night as we were watching the second and third episodes of “The Jewel in the Crown,” a film version of Paul Scott’s first novel in The Raj Quartet, it struck me that the police officer, Ronald Merrick, was a practitioner of the laws of power. Sad, sad man! (So far—will he change in the months and years ahead? We’ll see.) I understand that psychopaths follow these rules naturally, without having to read about them, but it baffles me that a normal human being would make the choice to live his or her one life on earth in this manner. And how heart-breaking it would be to have a parent or a spouse or a child who lived life in this manner!

Here’s another question that’s always baffled me. It’s not directly related to my wonderings about power, but then, I’ve already admitted that I have no central theme today, so here goes: Why, if someone finds life meaningless because it ends in death, would that person have any reason to see meaning in eternal life (immortality)? If you think that mortal life is meaningless, why wouldn’t you see immortality as endless meaninglessness? I’m not arguing here that there is or is not eternal life, you understand. All I want to know is why anyone would think that life’s meaning would be tied to immortality. There’s a seriously huge missing premise there.... 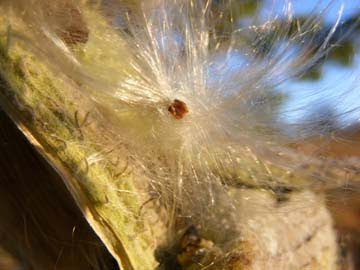 We may get snow today, mixed with the predicted rain. There were snowflakes in the air one day not long ago, but white stuff on the grass has so far been limited to frost. Along with the named creeks, I love the little no-name streams of our riverless township. Little jewels they are, hidden from view most of the year, now peeking out at the sky. 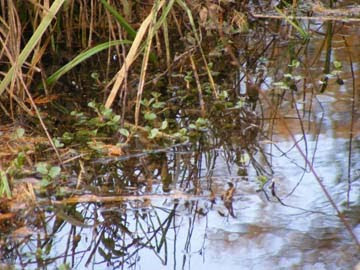 “If we don’t go to Florida this winter, can we get chickens?” I asked David, after showing him the beautiful black Australorps a friend has down by Cedar. My heart leaped up when he said yes! But what are the odds? Someone at a party last Saturday brought up the subject of planning (“planning ahead” is really redundant, isn’t it?), and I said I can only look forward one month at a time. Sufficient unto the next day are the worries attached! I woke up in the dark this morning fretting about foxes and coyotes killing the chickens I don’t yet have! But how ya gonna guard against the worst-case scenario if ya don’t imagine it first?

But January is still two months away. So far this month (the month I’ve been planning, the month I’m living in) I’m committed to having a children’s Story Hour at Dog Ears Books on Saturday, November 27 (Thanksgiving weekend), from 2:30 to 3:30. That’s the day the Christmas tree lights will go on in Northport, so various other celebratory observances are also being planned, and so maybe I’ll plan to put up my tree in the bookstore that Friday. Yes, that’s a good plan.

The following Saturday is the “Best for Kids” bake sale at the Willowbrook, with arts and crafts and other goods also on sale. I’ll be there with books. Twenty percent of sales dollars from vendors will be going to the Children’s Center. The difficulty for me is that I don’t want to have my bookstore closed that day, but perhaps if I ask David very sweetly....

Sorry, can’t chat longer. Need to work on book order list for holidays. Special orders always welcome, too, but don’t wait until the last minute. At the last minute, your selection will be potluck! And I’ll probably have the do-it-yourself gift wrapping table set up, too. But that’s not until December, and I really can’t think (or worry) that far ahead. 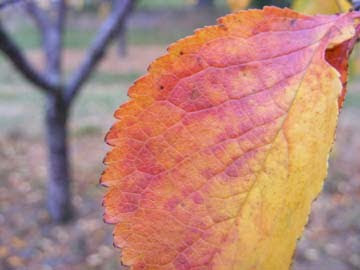 Well I enjoyed myself on this Themeless Thursday. I loved the milkweed seed. I'm interested in the question of why life would seem more meaningful if it didn't reliably end in death. I've always thought rather the reverse if you know what I mean.

I think your plans for November sound very appealing. As for the chickens, I've done them, and they hold no charms for me. I would, however, love to have a neighbor who kept chickens. I could keep a horse and guard the perimeter against foxes and coyotes.

Come to think of it, I do have neighbors who keep chickens. Also cattle, and I'd best get busy on my beef post. I believe I'm going to develop a bit of a specialty in food before the cooking part.

You mean you think life is meaningful because of death? Yes, that makes more sense to me, too.

Some people I've talked to who have had chickens would never do it again, while those who have chickens now seem to have nothing bad to say about them. David has been bird-phobic for most of his life and is just beginning to get past it. He petted a rooster this fall! And he responds to beauty in any form.

Last year I went to considerable trouble to form up a beef-buying consortium, but just when we finally had all the buyers in place, the butchers said they couldn't take on the job until January. They were all too busy with deer season. Presumably, if we'd had a deer they would have helped us out. Well, and then David and I went south in January, and, much more tragically, the livestock owner died (age 49). We still miss him.

This winter? Who knows what it will bring?

Regarding the meaning of life: I heard an older Christian woman say once that we are "already living in eternity", meaning the afterlife is a continuation of this life. It was part of a compelling call to slow down and enjoy the days we have. There is no rush.
Also, as C.S. Lewis says, we know no mortals, but everyone we meet is immortal. There is quite a bit more to his argument on the matter, but I don't have it handy right now.
Good post today PJ.

I've read that intense love would be impossible without the threat of death/loss.

Perhaps you should start a chicken co-op, asking your friends to pitch in and help out.

This was an interesting post, Pamela, as you paused on several topics that interest me mightily, too. The differences between states of sharp focus and states of meandering.

You discussion about meaningfulness or meaninglessness in immortality is also intriguing. (No answers, though.)

Hope you get the chickens if you want them--if you don't go to Florida. I am headed down to Ft. Myers Beach next Tuesday for a week.

Stacie and Susan, thanks for your comments, which I appreciate very much. Stacie, C. S. Lewis was a very deep thinker. I don't go all the way with him, but I admire his attitude and arguments and way of dealing very directly with the most difficult aspects of life, pain and loss. Susan, David and I are talking about Australorps and have decided that's the breed for us. Maybe not this winter, but whenever we're ready. Stay tuned! Oh, and I should add that Kathy over at Lake Superior Spirit blogged today on the topic of death and how it focuses us on life:
http://upwoods.wordpress.com/2010/11/04/death-teaches-us-how-to-live-more-fully/

Kathy, hi there! I'd just put a link to your post of today in a reply to comments from a couple of other people, and when I next looked at e-mail, there was a comment from you! Synchronicity? No, we are keeping tabs on each other, which is even better.

The chickens might not happen this year. Who knows? I play my life a month at a time, as noted.