The Land Beneath Our Feet, Part II 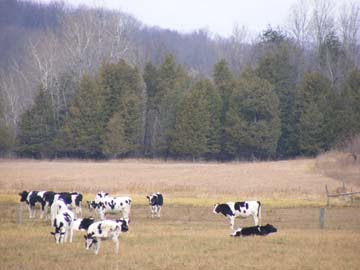 Books that figure in this, the previous and the next post to follow are:
Deeply Rooted: Unconventional Farmers in the Age of Agribusiness, by Lisa M. Hamilton (Counterpoint, paper, $15.95);
Dirt: The Erosion of Civilizations, by David R. Montgomery (Univ. of California, paper, $17.95);
Sacred Trusts: Essays on Stewardship and Responsibility, ed. by Michael Katakis (Mercury House, 1993)

The hopelessness a reader may feel reading Dirt: The Erosion of Civilizations and the despair that may come upon a viewer of “Life and Debt” are at least in part counteracted by Lisa M. Hamilton’s book, Deeply Rooted: Unconventional Farmers in the Age of Agriculture. Hamilton spent time with three American farm families—a small, family-owned dairy farm in East Texas, a cattle operation in New Mexico, and a North Dakota business run by a family who grow almost their own food and also develop their own high-quality vegetable seeds, both for their own use and for sale. These three farms all manage to be “modern” without losing the farmers losing direct connection with the land. All face a certain amount of skepticism, even hostility, from surrounding farmers and ranchers who have bought into larger, more expensive, “efficient” and debt-necessitating practices, but there are also signs that farm neighbors as well as the general public is starting to catch on.

Healthy dairy cows and beef cattle graze. Fruit, vegetable and field crops with ability to adapt to local environment must be developed locally. Factory methods produce high yields for a while, with livestock or plant crops, but they also bring increased vulnerability to disease and fluctuations in weather, threatening long-term food security for the immediate region and the larger world. And they almost invariably lead to deterioration of soil, the basis for all agriculture.

Hamilton, not much of an enthusiast for milk drinking, hesitates to accept a glass of milk during her visit to Harry Lewis’s dairy farm. Immediately after drinking it, she wants more. When Harry tells her the milk she just drank is less than two hours from the cow, she has an epiphany:

After he says that I look at the barn again. It’s still old and cramped, with more than its share of flies. The white walls are still messy. And yet, I realize, what milking barn is attractive? What cows do not shit? ... The true measure of right and wrong here is not one of manure or mud, but rather of the details. The calmness of the cows and the people. The pace of the work and the attention it allows. Even the shit: most dairy cows have a sticky coating of manure on their backsides and tails. It’s the result of replacing pasture with an unnatural diet of grain and the ill health of confinement, both of which lead to perpetual diarrhea. Harry’s cows, on the other hand, defecate solidly. Their feet may be muddy, but their rears are clean.

Too graphic for you? Then don’t go into dairy farming. The truth of it, though—that’s something anyone who buys and consumes dairy products should think about long and hard.

...One of the first steps is to see the ranching system as based on solar energy: the sun’s energy grows plants, then cows [and bulls and steers; “cows” understood in the context of Western ranching to apply to cattle in general] harvest that energy and transform it into energy that is edible by humans. HRM still make their money by harvesting the cattle, but their strategy for success is to take care of the land that grows the plants.

The most basic of HRM is a system of rotational grazing. It is meant to make cows replicate herds of heavy ruminants such as bison, whose sybiotic relationship with the flora was an integral part of grasslands ecosystems for millenia. The herds would concentrate in one area, eat its plants down to the ground, then move on and not return until the forage was sufficiently regrown. Had they returned sooner, they would have compromised the plants that they depended on for survival.

If you are skeptical, consider the “exclosure,” an acre and a half of land that has been fenced off and protected from any kind of grazing for over 75 years. Hamilton reports on what she saw inside the fence and how it compared to what was outside.

The main difference is that the plants inside the fence are shaggier: the clumps of grass are denser, with pointed ends drying out in the sun; the shrubs are a little taller, but woodier. Yet even these differences are slight. By looks, the fence could have been installed last year, just before the cattle came through.

The ungrazed land inside the exclosure is no better off, the grazed land outside no worse off. Virgil explains:

The cattle grazing on rangeland are doing what suburbanites do with their lawn mowers. As I read this section of Hamilton’s book, I thought back to what Montgomery wrote about traditional cattle grazing in Africa, before strict national borders were put in place and cattlemen required to fence in their herds. The resting period, the time when it appears that “nothing” is happening on the range or in a pasture—that’s a key component to the success of grazing. Another, however, is the cattle themselves, enriching the range with the manure they leave behind on grazed land. Because of this natural fertilizer, many people believe that grazing improves the quality of rangeland grass.

I won’t try the patience of anyone who’s hung in with me this far (if anyone has) by trying to explain the complicated ownership of the land where Virgil grazes his herd. I do want to stress--and this seems as good a time as any to bring it in—that the Harry Lewis family in East Texas, Virgil Trujillo in New Mexico and the Podolls in North Dakota have more in common than wise land use, soil conservation concerns and care for the continued productivity of their herds and crops. All are, as Hamilton’s title suggests, deeply rooted in the communities where they live and work. None of these people looked around the country to decide where to live. None chose their home places using abstract, objective criteria. The Podolls are trying to keep going the legacy of their parents and grandparents. The same is true of Virgil. The Lewis family farming tradition does not go back quite as far, in terms of land ownership, but Harry Lewis is regarded as the patriarch of his little unincorporated community of Smith Bottom. All have known challenges and setbacks. All work harder, physically and mentally, than most Americans can even begin to think of working. But not for a minute did a single one of these people consider quitting and walking away. They are committed to what they do and to the places where they do it.

Trujillo and Lewis both, for different reasons, devote themselves to livestock. David and Dan Podoll’s parents in North Dakota pioneered raising turkeys by the thousands, paying off their farm in five years, but it was David who set out in 1974 to investigate the absurdity of organic agriculture and found himself converted by the evidence (he doesn’t call his kind of farming “organic” or even “sustainable” but enduring), and he doesn’t mind people thinking he’s crazy. He focuses on the farm as a whole rather than any single crop and its yield in any one year, and his brother Dan and sister-in-law Theresa and his own wife Ginger (a teacher who grew up on a Montana ranch) are with him all the way. It was in fact Dan’s girlfriend, a Minnesota farm girl herself, who first heard about organic farming in a college ecology class and couldn’t want to tell Dan about it.

Here is one example of how the Podoll farm is different from other North Dakota farms. Instead of wheat, the Podolls raise its cousin, triticale, a taller, bushier crop. It’s not as easy to harvest, and, like hay, there are problems if rain comes while the cut crop is drying in the fields. But it shades out weeds in a way that wheat cannot. Its roots are longer and deeper, meaning the crop can survive drought that would kill wheat in the field. Finally, plant matter disked back into the earth after harvest builds healthy, living soil.

It’s as if, Hamilton observes, the different farming methods are occurring in parallel universes.

A big part of way the Podolls manage their farm has to do with growing vegetables, and a big part of that has to do with saving seed. Choosing which plants from which to save seed. Selective breeding. Developing their own strains of seeds and selling those seeds commercially. Again, the very idea of saving seed, once a necessity for every farmer the world over, is considered by many these days to be old-fashioned and unscientific. In cases where farmers purchase genetically modified seed, saving it is a breach of contract punishable by law.

Monsanto’s contract is called a ‘Technology/Stewardship Agreement,’ an ironic choice if you believe, as David does, that the patenting of plants is a direct assault on the very concept of stewardship. When farmers lose the right to save seed, they can no longer care for plant populations from year to year and adapt them to their land. The plants cannot evolve.

Again, I must digress from a book under discussion to recommend a film, this time “The Future of Food,” an in-depth discussion of genetically modified seeds, from what’s entailed in their development to what they mean for farmers and everyone on earth. Anyone who thinks genetic modification is just another version of hybridization or the kind of selective breeding the Podolls are engaged in needs to see this film or in some other way educate himself on the giant leap of technology from garden to laboratory.

The farm crisis seen by organic farmers and seed breeders in North Dakota is a small local echo of David R. Montgomery’s thesis in Dirt: The Erosion of Civilizations, discussed in my previous post.

Over the past century the industrialized world built an agricultural system using a scaffold of external supports: cheap fuel to run machinery; fertilizer manufactured from natural gas; imported water for irrigation; pesticides to eliminate insects, weeds, and diseases. With these inputs, fantastic yields were achieved, the likes of which the world had never seen. When turned into vast quantities of inexpensive food, those yields allowed the world population to grow exponentially. That, in turn, created greater demand for more food. The problem was that scaffold became inseparable from the system itself. Agriculture could not function—the world could not eat—without those external supports, yet they were suddenly running out.

Harry Lewis dreams of farmers taking back the country. When I read about him and Virgil Trujillo and the Podolls and compare their work, close to the soil, close to their communities, to the giant, corporate, engulf-and-devour seed and fertilizer manufacturers, I don’t have to think twice to know which world I’d rather live in, which future I hope generations to come will have a chance to know. 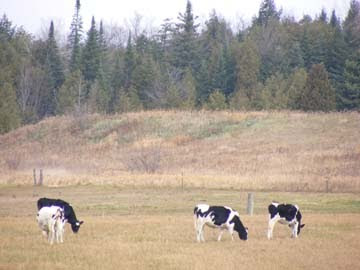 I think many more people are reflecting on these matters as time goes by and Difficult Facts intrude. There's a whole younger generation out there with a different worldview.

Sometimes I grow impatient with a certain sense of superiority that the acolytes can exude, but I've decided life its ownself will knock that out of most of 'em, and meanwhile at least they're doing the work. They give me hope.

Gerry, those of us who talk and write, like me, instead of actually growing food for others are probably guiltier of being snobbish. Yes, these young growers give me hope, also, as do the older organic growers who’ve been at it for years and have not given up.