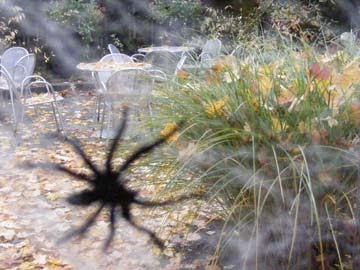 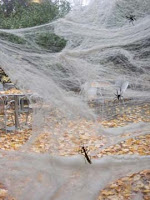 “How are things on your end of town?” Bruce Viger asked me when I stopped in to get a Tandoori chicken salad to go at the Eat Spot. I love the Halloween decorations Bruce has put up. He’s changed the name of that salad, too, by the way, and now calls it Bruce’s Favorite Salad. There’s no picture of Bruce’s Favorite because I fell upon it ravenously as soon as I got back to Dog Ears Books, saving only one tiny shred for Sarah. She counts on me to share. She loves to share. But I digress. 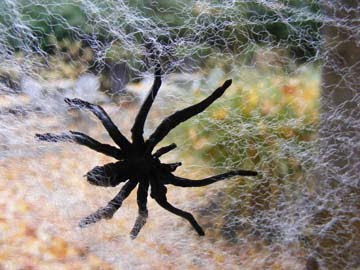 How to characterize these painfully quiet bookstore days, now that the trees have been stripped of their colorful leaves? “Tranquil,” I finally answered.

In the course of our ensuing brief conversation, Bruce made an interesting statement, which is that Northport’s population is becoming increasingly seasonal. “More and more” was the way he put it. “More and more?” I asked.

“Sure. Think about it. Look at all the houses being operated as vacation rentals that used to be lived in year-round.” I hadn’t thought about it, but he’s right.

“And then,” I said, strengthening his case for him, “there are all the people who think of themselves as ‘year-round’ but spend half the year traveling elsewhere, if you added up all the days they’re gone.” 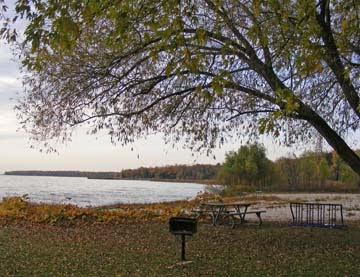 I took the conversation back to the bookstore to share with David, whose first question was how I saw Northport’s increasing seasonality affecting my business. Well, I don’t. It’s been three years since I tried staying open all winter, and that was not the only year of the doomed experiment but was definitely the last. My business will always be seasonal—I finally, reluctantly accepted the fact, after banging my head against the wall for several years--and keeping it viable at all necessitates closing January through March. “Know when to walk away/know when to run.”

But I won’t be walking or running very far before January. Until then, there are surprises here on Waukazoo Street every day, both for me and for my customers. Right now I’m reading a book by South African writer Njabulo Ndebele called Fools and Other Stories. I’ve also started a new YA novel from Canada, The Kulak’s Daughter, by Gabriele Goldstone, a book that recently received a Silver Medal from Canada’s Moonbeam Children’s Book Awards. Ken Scott was in recently and signed a couple copies of Up North in Michigan, and I have four signed copies of A Good High Place, by L. E. Kimball, also, thanks to another recent visit.

My quiet winter days of fiction writing and pencil drawing are still three months off, but these quiet late fall days already offer more reading time, and if I knuckle down to work I should get more serious book reviews written before it’s time to put up the Christmas tree. Maybe a bit of philosophical rambling, too. It’s an ill wind that blows no one good, or so they say. 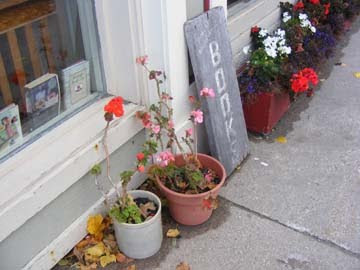 Tranquility is good. There will be a little holiday rush of course. Then a little hiatus. And the seasons will turn again.

I am having a hard time concentrating, and can only read one book at a time. Right now it is Lee Smith's On Agate Hill. Satisfactory. So far at least.

I devoured the Canadian YA novel yesterday! Could not slow down, so eager to see what would happen next. The author's mother lived the experiences on which the story is based. My only complaint: I don't want to wait for the sequel but have no choice!

Hands cold this morning on walk. Time to dig out mittens.

I am afraid people think of us as those "year-rounders who are never here." We are here, however, for the next 2 or 3 months, minus a couple 2-day trips to Detroit. Plus, our young Danish friend Maria will be joining us for 2 weeks in the depths of January.

Welcome back home, Susan! Now go see Bruce at the Eat Spot, because he has been missing you!