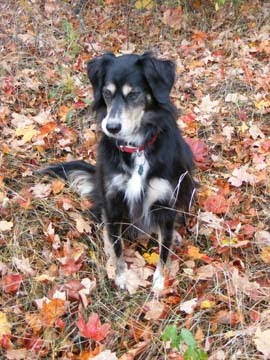 Okay, I have to take the translation on trust, but my source tells me the phrase I've used for my title today, a Czech proverb, means “You live a new life for every new language you speak. If you know only one language, you live only once.”

Since the bilingual book I’m featuring this week (see sidebar to right) is by an artist fluent in English and Czech, the quotation seems doubly appropriate, though Ladislav’s book is in English and Anishinaabemowin (which he is now in the process of learning), rather than English and Czech, which got me to thinking that a second language doesn’t have to be “foreign,” if we take that to mean “from another country." A second language can be native to this land of ours, like Anishinaabemowin. It can also be American Sign Language (ASL), not a spoken language at all.

It's interesting to me to hear (or read) the reasons other people give for learning languages beyond their first. I chose to study French because my father had learned it in high school, had been in France, and because he loved the country and the language. My sisters and I grew up being commanded, "Fermez la porte!" etc. (I suppose this could have worked against my wanting to learn French, but it didn't, and I'm glad.) At one time, when much younger, I had a long list of languages I wanted to learn, including Greek, Hebrew, Russian and Chinese, and then I finally realized, to my chagrin, that none of those used the alphabet with which I was familiar. Hmmm.

I took a beginning class in American Sign Language while a graduate student in philosophy. "Why?" my advisor asked. "Because it seems philosophically relevant." "Everything is philosophically relevant!" Et alors? One of the difficulties with maintaining any kind of fluency in ASL is that you can't keep it by reading in it, the way you can with French, and no one in my life is an ASL user, so it transpired that I took a "beginning" class at three different points in my life and could use another one now. Even some of the letters of the alphabet are deserting me.

A question I've never been able to answer concerns the philosophy of Henri Bergson, whose only daughter was both deaf and a painter. Did she use sign? (American Sign Language is closer to French Sign than it is to English Sign, due to its history, but that's another topic.) I wonder because of Bergson's thesis that all our thinking about time is spatial, that is, that we spatialize time, if you will, and that this thinking leads to unsolvable paradoxes. Oliver Sachs makes the point that sign spatializes grammar, including tense (time). All this, for me, strengthens Mark Johnson's claim that language is irreducibly metaphorical. Try to conceptualize time without space, and you see the difficulty immediately. Space-time may make sense to physicists, but it is not a phenomenon of human experience.

Have I gone too far? Shall we return to our sheep? How about to our dogs? They don't bother their minds with questions of this sort at all, and they seem to understand us no matter what kind of noises we make or even if we make no noises at all. 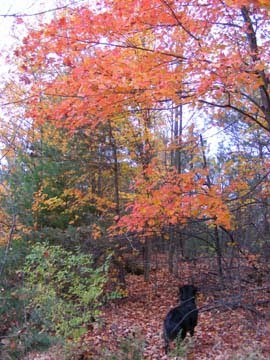 This was so good--but Windows is nagging at me to shut down so it can take control of my life for its own purposes. I am going to print out this post and think about it and maybe even write about it with pen and paper. How about THAT!

Coincidence? One of today's customers was a young man who bought a Japanese-English dictionary and a book on beginning Greek. Yea! The urge to explore world thought and culture is alive and well!

And your nephew Geoff is considering studying Latin as suggested by both Joe and Matt. Love the photos as well as the blog itself.

Hi, Deborah. What is Geoff's interest in Latin? Not that the study of Latin or any other language requires justification--and it would be fascinating, I'm sure. Did the picture of Sarah sitting make you laugh? Everything she does makes us laugh; even her dullest expression seems deeply meaningful and brilliantly surprising.