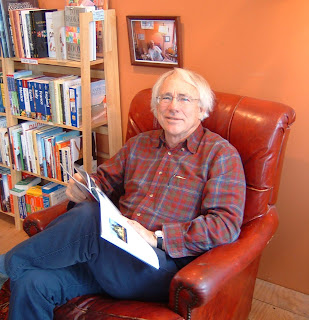 This was not only the most interesting history I read this summer but also the most topical because of its description of the rise of Islam in North Africa, subsequent expansion of the religion, and efforts on the part of Christians to resist that expansion. The title of the book refers to the date when Constantinople, capital of the Eastern half of the Roman Empire for 1100 years, fell to the Moslems, a particularly significant event because it opened Europe to invasion by the Moslem armies. These armies were halted only at the gates of Vienna, Austria, more than 200 years later.

In 300 A.D., the Roman Emperor Constantine moved his capital from Rome to the Eastern end of the Mediterranean Sea. Here was the crossroads of three continents--Europe, Asia and Africa--which made the new capital a much more significant site both economically and militarily than Rome on the Italian Peninsula. The move proved providential. Constantinople, as the emperor named his capital, was able to withstand repeated assaults by barbarian tribes long after Rome had fallen into ruin, and in the seventh century, when Islam had enveloped all of North Africa and was eying Europe as its next conquest, the Moslems were able to move their armies steadily northward through Spain at the Western end of the Mediterranean but were unable to make significant progress at the Eastern end because of the fortress at Constantinople held by Christians.

The mightiest fortress on earth did, however, finally fall. Crowley describes in detail the desperate maneuvers of the 8000 Christian defenders as they battled 80,000 Muslim invaders. For a time it looked as if the defenders might succeed, but they were finally defeated by a new ploy utilized against them: instead of dragging a few cannons along from home, as previous armies had done, the Moslem army brought from Turkey all the materials necessary to forge enormous cannons on-site, using them to batter down the fortress walls.

The author did a lot of research and provides copious detail, but he has an interesting writing style, so the book is an absorbing read. When you finish 1453, if you would like to learn more about the subsequent Moslem invasion of Europe, read The Siege of Vienna, by John Stoye. Are you young enough to remember the Fifties pop song with the lyrics…”they called it Istanbul, not Constantinople…”? It probably didn’t make sense to you then, but it will after you read these books.

Note on reviewer's whereabouts: Bruce is away from Northport and Omena this week, attending a conference on his favorite author, G. A. Henty, out in Maine. Perhaps when he returns, if we ask him nicely, he will write something about that conference for "Books in Northport" readers.
Posted by P. J. Grath at 11:15 AM

Oh, this sounds good. My list grows ever longer, my eyes ever slower.

We would do so much better to give our children real history to read, rather than beige mush. Six centuries the Moors held Spain--an unimaginably long time--only to be tossed out a few short decades after their victory at Constantinople. Thus always to empires, I suppose. And things move faster in our time.