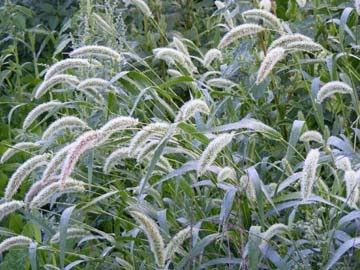 It's September and more than time for us to hear from another author about the writing life. Valerie Trueblood, author of Seven Loves, a nonlinear novel reviewed on this site, has a collection of short stories due out in 2010 and reflects for "Books in Northport" on our world and the kind of fiction she writes and how the two connect for her.

Next year my book of stories, Marry or Burn, will come out from Counterpoint. Right now I’m taking my last look at the stories before they leave my hands. If you’re a writer of domestic or personal fiction, you ask yourself in the middle of the night why on earth you call into being people who don’t exist, and then, in a time of decimation and torture around the world, watch them in their houses. In the daytime you read the critics who set domestic fiction—stories of the private life or of love, “intimist” novels often but certainly not always by women—some distance below the big tales of commercial and military enterprise, as if we escape those things simply by going into the house.

When I was first living in Seattle, we had a thriving peace movement. It went on from the 70’s to the mid-80’s, the swansong of the Cold War and an era captioned now as a time of nuclear-war panic. Research was my love; I loved the engineering library at the university, and the “U” shelves (military science) in the science stacks. I did the research for an organization called Live Without Trident. We capitalized the preposition; it was the key word. We ourselves lived day in and day out with Trident and its twenty-four ICBM’s, as construction of the nuclear submarine base got underway at Bangor, on a fjord at the lovely wooded edge of the country. “Bangor is the most beautiful Ground Zero in the world,” our T-shirts said.

When I wrote the novella that closes Marry or Burn, “Beloved, You Looked into Space,” I was thinking back to that time. Aunt Karen, sister of the groom’s first wife, speaks from it, though the story is set in the present. I made her a little bit insufferable, which I must have been too. That’s not to say I regret anything we did. I wish we had done more than climb over fences and pass out leaflets. Nothing violent, of course. We were so non-violent you had to make a kind of obeisance to each person at every meeting to indicate you had no wish to harm him or her or anyone on earth.

For what seemed like years I sat on the floor reading Longterm Worldwide Effects of Multiple Nuclear Weapons Detonations. First in the library stacks; later, obsessively, at home with my baby. How could anyone who had ever seen a baby have conceived of these things? After I finished writing pamphlets about that horror, I thought I could take it on in fiction. I wish I had written something like The Road, or the story by Carol Amen that became the appalling movie 'Testament," but I have not. I’ll never forget the “U” shelves, but I’m still finding that my stories unfold in the private wars, with their rescues, last stands, truces, surrenders.

Aunt Karen is one character in one story in the book—a story that isn’t about her at all, but about a bear attack, and marriage, and a particular wedding. Marry or Burn is filled with weddings. From almost everywhere in Seattle, you see water or mountains or both, and all summer on beautiful bluffs above the water people are getting married. After the beauty and irony of enough of those ceremonies you could find yourself arguing that it’s from the marriage contract that everything we do—agriculture and war included—spins out and tangles. In my city as everywhere, betrayal and abandonment, deceit and revenge take their toll on the families that result. And we didn’t prevent the submarines, they’re still circling. But the mountains look down, the love stories go on and on.

It's a troubling question, isn't it--how to be a decent human being in a world that needs a repair here and there. I write about tomatoes and breakfast and my dogs, with the occasional foray into local democratic self-government, and at three in the morning wonder what I ought to be doing. No conclusions yet.

Articulate and thought-provoking. I can't wait for this story collection, Valerie. Funny thing, two people today mentioned that they are for the first time really getting into reading short stories and wondered what took so long to discover them. I'm sure your collection will bring more people to the river.

Somehow my daughter's name appeared in place of mine (technology--and not filling out the profile correctly while usurping her gmail account). At any rate, I wrote the last post!

It makes sense to me for short stories to make a come-back. There is something infinitely satisfying in being able to enter a world and its time and characters and come to the conclusion in a single sitting before going on with daily life. And having so enjoyed SEVEN LOVES, Valerie, I'm more than eager for MARRY OR BURN--which is a great title, by the way. Thank you again so much for contributing your thoughts and sharing your life.

I am amazed but not surprised, old friend, at the assurance with which you have slipped the consciousness everyone who ever knew you termed (accurately) angelic into the most infernal regions of our terminator world and kept your head, your harmoniousness, your soul. Presently on first page of Marry or Burn. Hurrah!

Great that Marry or Burn is up for the Frank O'connor prize-- Valerie being on her way to the fair this very day. It's great to see--via googling list-- that she had such wonderful supprters even before the book came out-- or any of the accolades she has received. To up her positive Google listings-- today she gat a stupid negative review thatgot many hits-- please click on my review in April Necessaryfiction. Thanks and wish her bon voyage... John (JOP)
http://necessaryfiction.com/reviews/MarryofBurnbyValerieTrueblood