Focus on the Week at Hand

Early Tuesday afternoon, while the shop was quiet, I finished reading Doug Stanton’s Horse Soldiers: The Extraordinary Story of a Band of U.S. Soldiers Who Rode to Victory in Afghanistan. Phew! Acknowledgements are placed, in the new undistracting and unpretentious manner, at the end rather than at the beginning of the book, and I read those, too, unable to tear myself away from the lives of these men. The first U.S. cavalry charge of the 21st century—who would have predicted it? Even now, when people pick up the book at Dog Ears I have to correct the impressions of some who think it is fiction, and a person like me, without military experience, is left stunned by the bravery required of soldiers. 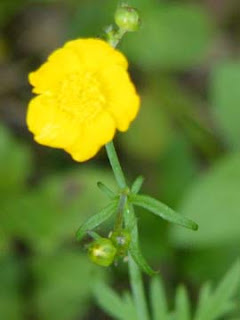 My own little Leelanau Township world is very peaceful, for the most part. There are always one or two minor, ephemeral controversies brewing in small towns, but I’m choosing to focus my mind on the buttercups blooming down by the creek here in the village and in the popple grove at home, too. It’s also iris time again. And the hammock is up—not that there will be much time to use it, but a hammock, like a canoe, deserves to be taken for at least one test run in June, before summer gets too hectic and then slips past altogether.

Here at Dog Ears we have the bookstore rearranged for the summer season, with thrilling paperbacks by “guy” authors like James Patterson and Lee Child now adjacent to murder mystery shelves. Jim Harrison’s new book of poetry, In Search of Small Gods, and At Least in the City Someone Would Hear You Scream, by Wade Rouse, should arrive this week, and by the end of the week I’ll also have exciting new homesteading books to review and shelve.

Add in the Leelanau Children’s Choir and Youth Ensemble concert on Friday night, hopes for good weather on Saturday for the Lighthouse and Maritime Festival and Fish Boil, and there are plenty of topics to take up mental energy. Oh, and the Business Tour today, from 4-6 p.m., much of the reason for the early week rearranging….
Posted by P. J. Grath at 5:46 AM

Ah, the lazy days of summer.

Don't make me laugh, Gerry! I remember a man from Grand Rapids who visited Northport and went home to write a column about how the pace of life in Northport is so wonderfully slow. Wherever a person is on vacation, life is slow and lazy, and wherever a person works--well, need I say more? It's okay! We're happy to be here!

I would be happy to be there too - working or being on vacation.

Yes, Deborah, and you would love the choir concert! We would have fun going together!