Courting Warmth, Now, When It Counts 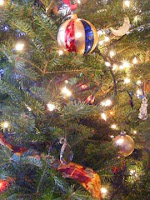 Here’s my confession: I have not yet read Roll of Thunder, Hear My Cry, the Newbery Medal winner of 1976, by Mildred D. Taylor. My neglect of the book has not been intentional; I just hadn’t gotten around to it yet. For some reason, though—maybe because it was a beautiful hardcover copy that came into my hands—The Land was a book I couldn’t resist. I’m halfway through it now, living vicariously far from Michigan winter. Will young Paul Logan be able to buy the land he’s fallen in love with in Mississippi? Will he first fulfill his dream of seeing the West? Will he ever be united with the appaloosa, as it seems so clearly to me that he should be? And will his friend Mitchell ever settle down?

Making his way through the post-Civil War South, Logan meets again and again the same difficulties that pushed him to leave his Georgia home in the first place. His father was white, his mother African-American and Native American, and Paul does not fit easily into either the white or the black world. His discouragement, however, is never strong enough to deflect him from his ultimate goal. Once he realized that his white half-brothers and not he would inherit his daddy’s land, he was determined to have his own land someday.

Taking a break from reading to check e-mail and find out more about the author, I quickly learn (to my great delight) that Roll of Thunderand most of Taylor’s other writing also center around the Logan family. In fact, The Land, though written after her other Logan books, is a prequel to the others. Answers.com tells me that “The Logan family has served as the subject of most of Taylor's books, including The Friendship (1987), The Road to Memphis (1990), and The Well: David's Story (1995).” Well, that settles it: I have the pleasure of at least four more Mildred D. Taylor books to anticipate!

Yesterday’s rain was changed to snow as an Arctic wind swept out of the west during the night, howling around the old farmhouse like an angry wolf, desperate with hunger. I heard on the radio not many weeks ago that temperature reports in Alaska are given not only in degrees but, more importantly, in seconds-to-frostbite. “We didn’t have wind chill when I was a kid,” I used to tell my son. Well, we didn’t have a name for wind chill then. But doesn’t the name “seconds-to-frostbite” get right to the heart of the matter? 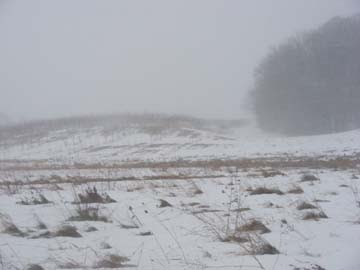