(To skip the words and get to the pictures, scroll down.)

The French language irritates many Americans almost as much as does philosophy, and it’s undeniably true that while French and English share a huge chunk of vocabulary, they are two different languages. Not to mention les faux amis—the words that look so similar from one language to another that one expects their meaning to be as close as their orthography. Often not the case! So it’s irrelevant to English usage that the French word actuellement means “right now, as we speak, this very moment.” If you are told that your father is actuellement speaking to the principal of the school, it means the two are in conference right then and there. Not so in English. My question: what does ‘actually’ mean in English?

American speakers of English these days often use the word to correct a false impression, substituting a fact, as in “You might think he’s an easy touch, but actually he’s very canny” or “She calls herself shy, but she is actually the most outrageous flirt you’d ever want to meet.” Here ‘actually’ functions as a substitute for ‘in fact,’ and we all understand it as intended. Lately, however, this outwardly innocuous adverb has made insidious inroads into everyday conversation, shedding meaning as its usage spreads. Ask some young person where he or she was born, and the answer is likely to be, “I was actually born in Grand Rapids. I actually graduated from high school there, and now I’m actually a student at MSU.” Did anyone say you weren’t? What has been added by this ubiquitous and now nearly meaningless word? Grump, grump, grump! 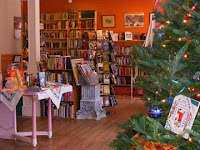 Have I mentioned that there’s a sale going on at Dog Ears Books in Northport? That both used and new books in stock (only three exceptions) are currently discounted a full 20%? That we have beautiful gift possibilities for every budget? This is actually true—until the end of December--and anyone already out here in Leelanau Township doesn’t have to drive to Traverse City for these bargains, either. Mercy, think of that!

But now, away with words for as long as it takes to post three pictures from yesterday afternoon, when the sun came out (about 2:30), and the sky stayed clear until after sunset! What a treat for northern eyes and hearts! 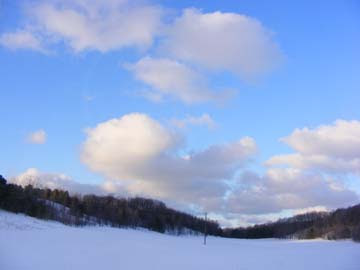 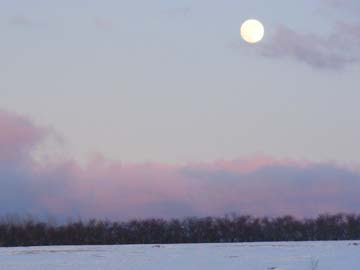 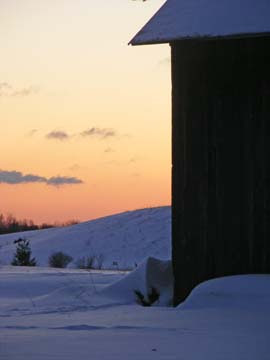 Wow. Your photographs take my breath away every day. Thank you, Pamela.

You're welcome. And thanks.

Amen!
"Actually" has driven me nuts since Hugh Grant was all the rage and said it every other word.
A filler, like um or like.

RB, RB, the anonymous RB. Light will dawn any minute, and I'll know who you are. Meanwhile, glad someone knows what I'm talking about. (But Hugh Grant is so CUTE!)

No mystery. I am a seasonal Northport person, on the edge of spending much more time there. I have stopped at your store on many occasions with my tall-guy husband Mike.
I enjoy reading your blog -- keeps me in touch with the place that means so much to me.
I'll keep fingers crossed your store survives these tough times. So may we all.

One of my main reasons for starting the blog was so my wonderful and loyal summer customers could feel connected to Northport and to the bookstore the rest of the year, so it's good to hear from you, Ruth, and to have you say that one of my aims is being fulfilled. May we all survive, indeed--even cheerfully and gratefully. I wish you a bright holiday season and look forward to your return to Northport.

Lovely photos of a sunny winter afternoon. Wish I'd been able to make some, too, but this side of the Bay had only the briefest splash of sunlight. Actually, I'm quite envious.

(I am guilty of the "actually" habit and have no idea how I acquired the virus. I keep trying to root it out, but it's actually quite tenacious. And Hugh Grant is cute. Not as cute as the Cowboy, but still . . . )

Another half-morning (the opposite of 'demi-deuil,' half-mourning!) of sunshine on Saturday gave me a chance to capture on camera some local ducks enjoying the harbor. I’ll post those later today, Gerry.

Another half-morning (the opposite of 'demi-deuil,' half-mourning!) of sunshine on Saturday gave me a chance to capture on camera some local ducks enjoying the harbor. I’ll post those later today, Gerry.