He looked out at the red earth stretching around them. It was hard to imagine, but millions of years ago this had been the bottom of a massive inland sea. Aquatic dinosaur bones had been dug up under this soil and there were still places in the desert where mounds of fossilized seashells baked under the sun.

Harper’s story takes place in the Australian outback, an environment even drier and more severe than Arizona. The red earth passages, though, set me to musing, first on similarities between Australia and Arizona, and then to other red earth parts of the world. Here in southeast Arizona, our pinkish-grey mountains can turn red at sunset, and there are places in Cochise and Graham County where the soil is red enough to remind me of Georgia clay. Here’s a passage from a children’s novel set in Georgia:


“I’m a-going to lose my mind,” Ma said, “if you all don’t stop a-tracking that old red clay into my house.”

That reminds me also (as my train of associations rolls along) that the first time I traveled in the American South, camping with my parents and sisters on our way to visit grandparents who had moved in retirement to the Gulf Coast of Florida, the red Georgia soil seemed bizarre and alien to my Midwestern eyes, whereas now, in more recent years, whether traveling through the South or spending time in Southwest, I have repeatedly been struck by the similarity of red earth in the southern U.S. to that where my “pen pal,” Kathy, lives in New South Wales, Australia, and — between here and there, if you take the Atlantic route — the red earth of South Africa, Botswana, and other countries in Africa, places I only know by reading about them.

I asked Kathy (she’s the one who sent me the book quoted at the beginning of this post), for permission to use one of her photographs, and she not only said yes (thanks, Kathy Dowling!) but also sent another image, one I hadn’t seen before and had a little trouble deciphering at first. The first photo you won’t have a problem interpreting, but the second image below is a photograph taken during a dust storm that had engulfed my friends’ country home and B&B. This is not an altered image: the dust is this thick, bright red. Can you believe it?


And now an old friend from my earliest Michigan life, married to a Brazilian, has sent me photos from their South American life — and there it is again: red earth. Jeanie Furlan writes, “The color of the earth is sandy red … in Pereira Barreto.…  Closer to São Paulo, the Ribeirão Preto earth is a deep, rusty red, and it is much more fertile.”

Besides photos of the red earth, she sent an example of local architecture, saying, “This is the Aunt and Uncle’s house where I first visited in 1973  (outside Sales Oliveira). They use flooring that will match the earth and outside wall color is also the same as the earth.  It makes sense since people will track this color from boots and rain, dust and wind will blow this color around.”

Of course, dwellers in the American Southwest have long used the colors of local earth in houses, walls, tiles, and decorative items. And here are a couple more red-earth images from here in Arizona, down near Pearce: 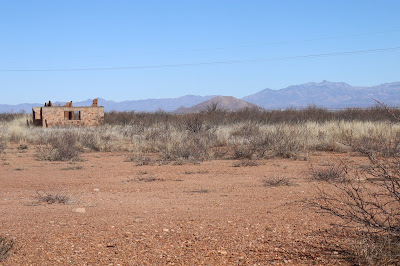 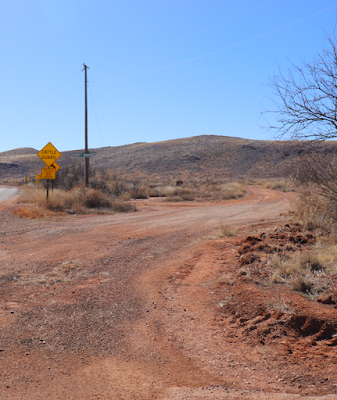 We know now that the continents of earth were not always configured as they are today, but I was in school too early to have been taught about plate tectonics, so lately I’ve been doing some catching up, marveling that the idea of continents moving at all is so recent in scientific history. In The Fossil Book: A Record of Prehistoric Life, by Carrol Lane Fenton & Mildred Adams Fenton, I turn (after lingering on the familiar Devonian examples) from compelling illustrations of fossils in rocks to passages of text that dwell on the movements of continents. There I learn that when Alfred Wegener and Alexander du Toit seriously proposed the idea in 1912, neither they nor anyone else could explain how the continents might have moved. The theory of seafloor spreading didn’t come along until H. H. Hess of Princeton put it together and published in 1962. So when I was in my high school freshman earth science class, plate tectonics theory was brand-new, a subject of scientific debate, and not the accepted working model and received knowledge it has since become. Pangea, Laurentia, Gondwana — prehistoric continents — an entirely different configuration of earth’s land and water. Fascinating!

I read novels set in other parts of the United States and the world, dwell on images sent by friends, recall soils in places I have visited, and I imagine (mind you, this is only my imagination at work!) all the red earth territories originally conjoined, and when I’m actually in red earth country, staring at the bright ground and rocks, I feel closer to other red earth parts of the world, as well as to characters in books who live in such places, as if we are still connected somehow by being on similar ground. Then I wonder this: around the world, how many different languages are spoken in red earth lands, and how many different words do human beings use to describe those places?

The “world” is at once so large and, as “earth,” a home small and contained and intimate. Or so it often seems to me. 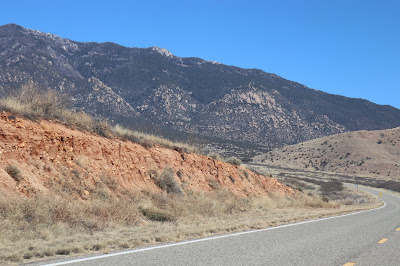 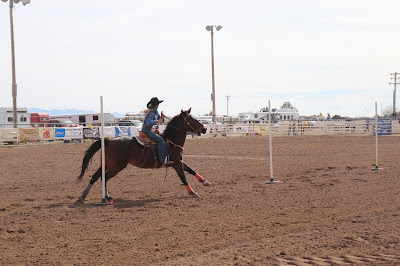 Your post reminds me of the red roads that Anne of Green Gables tells me are on Prince Edward Island:

"When we got into the train at Charlottetown and the red roads began to flash past I asked Mrs. Spencer what made them red and she said she didn't know and for pity's sake not to ask her any more questions. She said I must have asked her a thousand already. I suppose I had, too, but how you going to find out about things if you don't ask questions? And what does make the roads red?" "

Thank you for the reminder! I'd forgotten that part of ANNE OF GREEN GABLES, which I'm told is called ANNE OF RED HAIR in its Japanese translation. I visited your blog, also, and am fascinated by your project. Spending the winter here in Arizona, I have to force myself now and again to read something NOT set in the Southwest but have vowed to read, finally, the Icelandic novel INDEPENDENT PEOPLE. I've bought the book! Now to start reading it! Thanks for visiting.

Wow! I can’t believe how RED the South Wales earth is! Kathy D.’s dust storm looks like it was a trick from a camera, but no, it really was that deep red. Amazing! My pictures from Brazil also have varying degrees of redness in the earth, but I had no idea that we red-earthers might have been much closer to each other many, many eons ago, of course. For my non-scientific, musician’s mind, plate tectonics and moving continents sound intriguing and wondrous, a world that is mind-boggling, at best. But, Pamela, the Why and the How that you ask about when connecting all these red earths makes sense when scientific evidence enters the picture. I love your « world » vs. « earth » comment at the end. For me, it sums up the Big and the Little of where we live. Thank you so much!!

Jeanie, you are more than welcome -- and thanks for sharing your photos of Brazil with us, too. Also, I finally found a couple photos from here in Arizona that I couldn't find the day I posted this, so I'm going back to add them now.

Oxidized ferric iron oxides account for the red. But I am no geologist! Just a reader and a dreamer....

When my parents first moved to Alabama in 1980 the red earth was jarring to me. Now it seems like home, in an odd way.