Of Wind and Drought and History 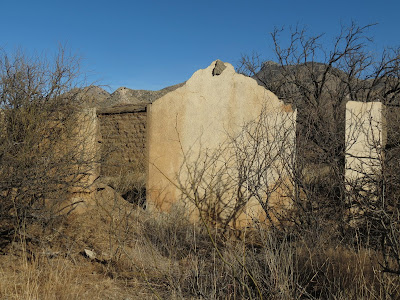 “The air is harsh in its dryness, gentle in its movement — most of the time. Naturally, high winds that trigger dust storms are the exception. Most mornings, however, the air is quite still, a gentle breeze developing as the sun rises higher in the sky and dying away with sunset.”

No sooner do I compose such lines, fondly believing I have captured an important regional truth, than the wind kicks up in the morning, maddeningly putting me in my place. “You presume to think you know me?” the high desert seems to say. “We have only begun to get acquainted, and already you have forgotten the extremes of which I am capable!” If the winter sun of the Southwest is drying (as indeed it is), the sun’s drying quality is nothing compared to that of the wind. Winter, moreover, already the dry season, is also the windy season, making for a dangerous situation, particularly in a drought year. The wind is so strong that the Saturday “swap meet” (what in Michigan we would call a flea market) falls apart almost as soon as it gets underway, vendors packing up and going home before noon.

In the overgrazed grasslands, and across the ancient dry lakebed known as the Willcox Playa, wind also means dust, and the dust gets into everything, which is point #2 against the wind. Point #3 is the noise, the constant rattling of blinds and any loose metal anywhere. When the wind blows all night, it seems as if it would lift the roof clean off the cabin and open our living space to the stars. The wind chases away sleep.

The stars, however, regardless of what poets and songwriters say, do not blow around in the wind and neither do the mountains give way. Is that where unchanging truth lies? Hardly.

This land has been covered by ocean and uncovered and then covered and uncovered again. I lose track of how many “transgressions” and “regressions” of the sea have taken place in geologic time. Just now the landforms seem stable, but that is stability as seen by the human eye, in the context of a human lifetime. Presumably, erosion of the mountains continues, albeit at a rate slower than the movement of glaciers. Change, I remember from the first day of my freshman high school earth science class, is the one geographic and geologic constant, though from one day to the next we cannot mark its transformations. 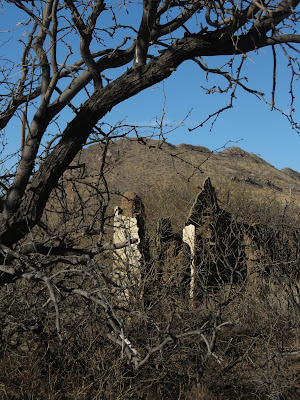 Harsh in its dryness, in stirring up dust, in the nonstop and enervating noise it makes, the wind bears us no ill will. It is impersonal, not malicious or vindictive. We watch the clouds and hope for rain.

My reading so far this year, beginning with the upheaval of packing up our Michigan life, followed by a week on the road accompanied by a wretched cold, and continuing with our days of settling in here for the winter, has had a flighty quality, to say the least. I pick up a book and read a few chapters — sometimes, with even less discipline, turn pages in a constant search for who-knows-what, looking for something to stay my mind. Beginning a novel on the Columbia River, I find it is not what I expected and for several evenings pick it up only reluctantly, making slow progress. I find a book on Arizona geology at the library but am vexed by the multitude of examples drawn from the Grand Canyon (so far from my ghost town cabin home), a complete absence of reference to “sky islands” in general and Chiricahua in particular, and the inexcusable lack of an index. One of Chiang Lee’s delightful “Silent Traveler” books comes to my hand at the Friendly Bookstore in Willcox, and I purchase it happily but then find it difficult to lose myself in the traveler’s gentle prose and reflections from the mid-twentieth century.

My mind is too full of urgent questions! How were these mountains formed? When will the drought end? What is a reasonable solution to the maintenance of national borders? How did we, as individuals and as groups of people, come to be where we are now? I need to find a book that sets my hair on fire!

William H. McNeill’s The Global Condition: Conquerors, Catastrophes, & Community may turn out to be the book. It's off to a fiery start!

The underlying question in all McNeil’s researches and speculations is not simply “what happened” at any given time but “what really matters in human history,” and his way of trying to get at an answer is to look carefully at purposes and processes. Human beings, as individuals and as groups up to the level of nations, have purposes and act to achieve them. We are intentional beings. And yet again and again, not only do our diverse purposes clash with those of others, but larger processes — biological, cultural, economic  evolutionary, meteorological, etc. — interact and distort and often completely derail the plans of mice and men. In terms of our judgments, we assign praise and blame within the context of purposes, conveniently (for the purposes of our judgments!) ignoring larger global processes within individuals and nations are caught up and tossed around like playthings of the gods. — I am mixing my own concerns and observations here with exposition of McNeill’s lectures, so do not judge his work by this paragraph, please....

Thus far I have read only the few pages of preface to a collection of five lectures McNeill gave over the course of seven years. In the lectures he explores the question of how historians should address the relationship of purposes and processes and how they can decide “what really matters” in clarifying this relationship and the course of human events. He says in his preface,

History as a course of study cannot be exhaustive: too much is knowable. What should be left out to make the past intelligible?

He argues for history to be expanded beyond national borders, for the study of world history, and the development of a global consciousness, because only that larger perspective can take account of the processes that work upon our lives. He also insists that “history” must include physico-chemical, biological, and semiotic systems, noting that the more skillful human beings become in carrying out their purposes on earth, “the greater the potential for tragedy.” He does a quick sketch of the history of his purposes-and-processes question as it was treated from Ancient Greece down to the present, and it is in coming to the end of the twentieth century that he finds “scientific” national histories — a notable nineteenth-century achievement — inadequate. Remarks on a “global economy” have become commonplace in the transition to the twenty-first century, but McNeill goes further.

In particular, I have become far more aware since 1963, when my major effort at a history of the world was first published, that what happens among humankind is embedded within events affecting  the biosphere as a whole.

Finally, he admits the enormity and impossibility of the task he sets for himself.

No one is ever likely to put all knowledge together in a way that will command the assent of all reasonable persons, yet trying to understand is irresistible.

The historical question of purposes and processes reminds me of the philosophical question of the one and the many that crops all over the place. How can many birds, for example, all be the same thing, ‘bird’, and how can a collection of individuals become one polity, act as one person, e pluribus unum? The great philosophical systematizers sought to explain the whole dizzying plurality and diversity of existence in terms of a single system, each one criticizing and rejecting the system preceding his own and being critiized and rejected in turn. But I digress....

I will never know all there is to know. I will never put together enough to see more than a vague, very likely mistaken, whole. And long before I can even begin to satisfy my craving for understanding, my time on earth will be over, while impersonal processes continue and human purposes intelligent and ignorant, collaborative and conflicting, go on being enacted. In short, the party will go on, and I will never see what happens next, let alone how it all turns out.

But I am here now, and just as I take my primary task in the world to be paying attention, I also feel a corollary duty in the search for understanding, and it wouldn’t matter to me if the entire rest of the world were to see (were they to look at) my self-assigned work as a ridiculous waste of time. These are the purposes I set myself.

So I am quite pleased and very excited at having fallen serendipitously on this little book by an author whose name is entirely new to me. The richness of the nine pages of McNeill's preface have admirably prepared my appetite for the lectures to come, and I predict I will stick to the last page.

Will I finally finish an entire book? Will rain come to the high desert at last? Such are the ephemeral concerns of Books in Northport today. According to the Sunday morning weather forecast, there is a possibility of rain by the end of the coming week, and while another week's end seems very far off, I know it will arrive quickly. For now, we can only hope the rain will come with it. 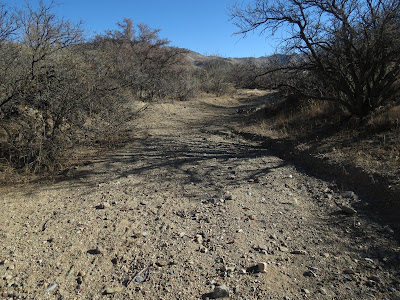 It sounds like Sagebrush Shorty out there. Hope things are good for you and David in Cochise County.