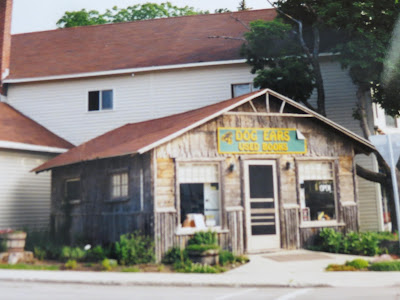 Given a benevolent fortune that lets us keep them, the older we get, the more memories we have. And so I have to confess to laying up treasures on earth – not gold or gems or even a stock portfolio, but memories of family and friends, attached to particular places on earth. When I hear anyone say, by way of condolence, that the deceased is “in a better place,” I have to make an effort not to shake my head. This imperfect world of ours, with all its often tragic flaws (most of them our own creation, I’d say), still strikes me as infinitely miraculous.

Even if I limit my review of memories to a couple of years in the village of Northport, there is plenty of treasure to gladden my heart – for instance, the little building on the corner of Mill and Nagonaba was the second Northport home of Dog Ears Books. A simple, seasonal abode, it had neither plumbing nor heat. Insulation? Nope. Storm windows? Ha! It did have electricity, however, and I had a phone line put in. 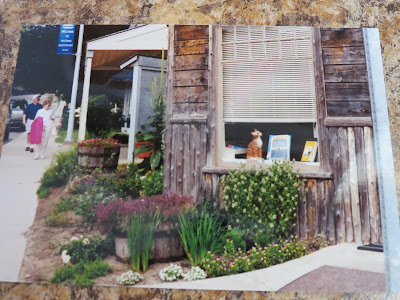 Closer to my heart’s memories was the garden I created there on the corner, first digging out sod and grass and weeds, then installing plants (with a narrow pinestraw path so I could get in to weed and prune and deadhead), and finally commissioning David Chrobak to build a trellis against the side of the building. 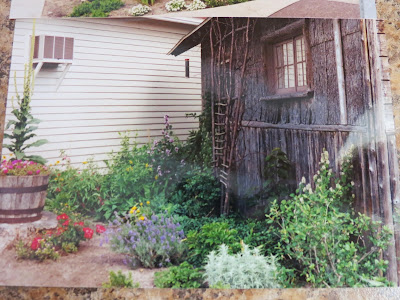 The trellis lasted for years, though not forever. My beloved viburnum was not beloved of the most recent occupant, so it was cut down (but I notice it struggles to reassert itself). What I always called my “lipstick” roses -- rescued from a garden whose owner wanted to replace them with hybrid teas – those are still blooming.

One summer on the corner I found myself growing increasingly impatient with the public, and anyone who has worked in retail or waited tables or tended bar will be familiar with the phenomenon I called hitting the wall. I hit the wall hard that summer. The impact itself is not a happy memory. I do, however, feel good about what came next, because I gave myself a stern talking-to. Self, I said, you either need to turn this around or get out of the business! You can’t keep going in this direction. Since then, while I am occasionally annoyed by a prying question or a cheapskate who wants a treasure for nothing, such occasions are relatively rare. More importantly, I have learned in general to enjoy people more and more as time goes by. 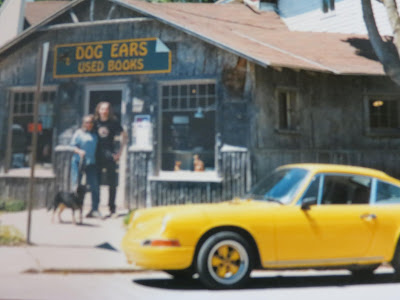 Owning a small, independent bookstore in a seasonal town at the end of a peninsula is not the easiest way to make a living. Turns out, though, it’s been a good path to making a satisfying life. 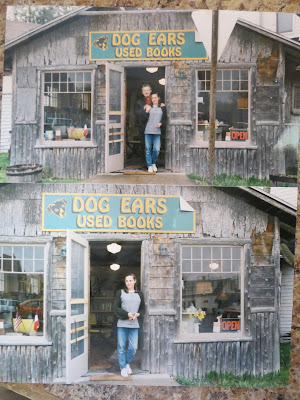 Love this. So glad to have been able to know the store, you and some customers/friends throughout the years.

It's good to find your own way to a satisfying life. Love this little building and glad some of your garden there remains.

Thanks for both your comments, Deborah and Dawn. I need to get a photograph soon of the viburnum that is determined to live, despite being sawed off at ground level. Don't know what kind of shape it will take, but its vigor is inspiring. And 'Chenault' is a beautiful viburnum, both in its flowering and the fall color of its foliage.