Reality and Realities, Close to Home and Faraway It’s easy to tell when Bruce isn’t around. When I’m expecting him in for a spell at desk and counter, I have to clean up my act. He likes a neat desk, and if he comes in and finds a mess, he’ll clean it up himself, and then how will I find all my stuff? But Bruce is gone for the whole month of November, and I’ve been reveling in what looks like a complete letting-go of standards. Ah, but if you were to look under desk and counter, where messes usually get stashed “temporarily” and then end up accumulating for months on end, you’d see a much neater story. It's dark under there, though, so imagine it for yourself.

Dealing with the Onset of Winter Does it look cold? It’s cold. Roads have been, in those immortal words of broadcasters, “ice-covered and slippery,” although we did not get anywhere near the two feet that dumped all at once on Lake Superior, far to our north. I wonder.... Sometimes it's easier to go into four-wheel-drive and get through deep snow than to stay on a slippery road and negotiate a thin, greasy skin of the white stuff. But we get what we get, and this past week we got slipper roads.

The Nineteenth Century Pulls Me In

Roads were so slippery, in fact, that our intrepid little band of readers, shrunk from nine down to six when Proust was selected for November, then to five when one of the six had a schedule conflict, numbered in the end only four around one of the round tables at Fischer’s Happy Hour Tavern. We were sorry not to have the others with us, but we were a congenial quartet nonetheless.

Quite honestly, if I had to choose between the 18th and the 19th century, without knowing what my place in society would be or even what country I’d land in, I think I’d take my chances with the 18th century, or about a hundred years before la Belle  Époque in France or the Gilded Age in the United States. Those overblown years leading up to the First World War have little appeal to this country mouse. But then there’s Proust, isn’t there?

“What made him different from literature that came before?” our Fearless Leader asked.

We four agreed that Proust’s long, sensuous, voluptuous descriptions and microscopic attention to details of nature and the slightest nuances of human gesture or glance was worlds away from Voltaire, the last French writer whose work we read. Remembrance of Things Past is almost the antithesis of Candide. In Voltaire the events come fast and furious, piling up one on top of the other, whereas in Proust very little happens at all, but the moments are examined and stretched out like hours. And that makes sense, since Proustian time is very much Bergsonian time:

And besides, even from this point of view, in mere quantity, in our lives the days are not all equal. As they travel through the days, temperaments that are slightly nervous, as mine was, have available to them, like automobiles, different “speeds.” There are arduous mountainous days which one spends an infinite time climbing, and downward-sloping days which one can descend at full-tilt singing.

Now you know that’s true, whether or not you have a “nervous” temperament. You've experienced it yourself, time dragging or racing by.

We also addressed the question of the main theme of the work. It’s too easy to say (as I originally did) “time and memory,” though, and here I dug deep down to a Bergsonian and phenomenological conclusion that convinced me, whether or not my friends were convinced, but I probably won't lay that all out today.

Over and over, in the first section, “Combray,” young Marcel is hungry to get behind the world of his senses, to some deeper reality he believes is hidden.

...[S]uddenly a roof, a glimmer of sun on a stone, the smell of the road would stop me because of a particular pleasure they gave me, and also because they seemed to be concealing, beyond what I could see, something which they were inviting me to come take and which despite my efforts I could not manage to discover.

He believed that a “philosophical subject for a great literary work” would have to solve this mystery, but

...I would feel I did not have the tranquility I needed at the moment for pursuing my search in a useful way, and that it would be better not to think about it any more until I was back at home....

And then, back at home, he would think of other things, avoiding the “arduous task,” and so the images would accumulate, guarding their secrets, until one day on a drive he asks for a pencil and writes a description of the teasing images of the disappearing and reappearing church steeples marking the progress of the carriage drive. And

...at that moment, when ... I had finished writing it, I was so happy, I felt it had so perfectly relieved me of those steeples and what they had been hiding behind them, that, as I myself were a hen and had just laid an egg, I began to sing at the top of my voice.

So writing is a key – but not the complete answer.

In the central section of the volume, “Swann in Love,” Swann realizes that much of the value he places on Odette, as well as his interpretations of her actions and utterances, comes not from her but from himself. So what about her that he knows or believes is real? Again, is the real something hidden behind appearances?

All of us loved the final section, “Place-Names: The Name.” The first name we encounter here is that of Balbec. Nothing is less like his Combray bedroom in his grandmother’s house, the narrator tells us, than his hotel room at Balbec, and at the same time nothing is less like Balbec itself than the Balbec he pictured in imagination, long before seeing the place. The name ‘Balbec’ to him was a storm at sea plus Gothic architecture. He wanted to see a storm at sea because it would be pure nature, not fashioned by man, therefore “more real” than even he himself.

When his parents began planning a trip to northern Italy and said that he might go, too, for Easter holidays, his dreams altered.

From then on only sunlight, perfumes, colors seemed to me of any value, for this alternation of images had brought about a change of direction in my desire, and ... a complete change of tone in my sensibility.

To ‘Balbec’ were added the magical names of ‘Venice’ and ‘Florence,’ brought forth out of abstract Space to become specific places, determinately situated, and differentiated from abstract Time, in that days passed in one could be passed nowhere else. – That is, if one were to go to Balbec, Venice, Florence, or anywhere else. But the young, nervous boy who was the narrator in childhood becomes ill from overexcitement and cannot leave Paris. His excursions will be limited to the public garden on the Champs-Élysées, too well known to contain magic. Until he hears

"Good-bye, Gilberte, I’m going home, don’t forget we’re coming to your house tomorrow after dinner.” The name Gilberte passed close by me, evoking all the more forcefully the existence of the girl it designated in that it ... addressed her directly; thus it passed close by me, in action so to speak....

The name called through the air is described as a “cloud of precious color,” Proust going so far as to name the color – heliotrope – and now young Marcel’s life takes on a new focus. Away from Gilberte, he can think only of seeing her again, but in her company he is frustrated, feeling that the Gilberte he plays with in the park, with other children, is not the Gilberte he loves, the one of his dreams.

He becomes obsessed with everything relating to her hidden life, the life she lives away from him – the name of the street where she lives, the name of her father, Swann, the old woman in the park (whose name for a long time he does not know) to whom the girl speaks in so friendly a manner. But eventually he realizes that Gilberte feels no answering concern or need for him, that he is “the only one who loved.” His love is not a reality they share.

Since Swann’s Way is only the first volume of Proust’s multi-volume work, it is not to be supposed that even the last achingly poetic page of this book will completely answer the question of theme. What we do find there is the narrator, visiting the Bois de Boulogne years later and finding it so changed – the women’s hats and dresses all different, automobiles in place of horse-drawn carriages -- as to be meaningless to him, saying: “The reality I had known no longer existed.” The time he had known is now lost, le temps perdu, but we know that the final volume of the work is called in English, Time Regained, so this is not the end of the story.

The story is – forgive the term – intensely metaphysical. What is reality? What is the relationship of names to reality? Where does the real exist? And does it pass out of existence with the passing of time? If not, how can it be accessed?

But by now I fear I’ve lost not only time but readers. Time to stop. Past time to stop.

I'm posting this on a cold Saturday afternoon, the happy, laughing morning crowd all dispersed now. The sun is not present peeking out, either, so to close on a warm note I'll include photos of a few new books. 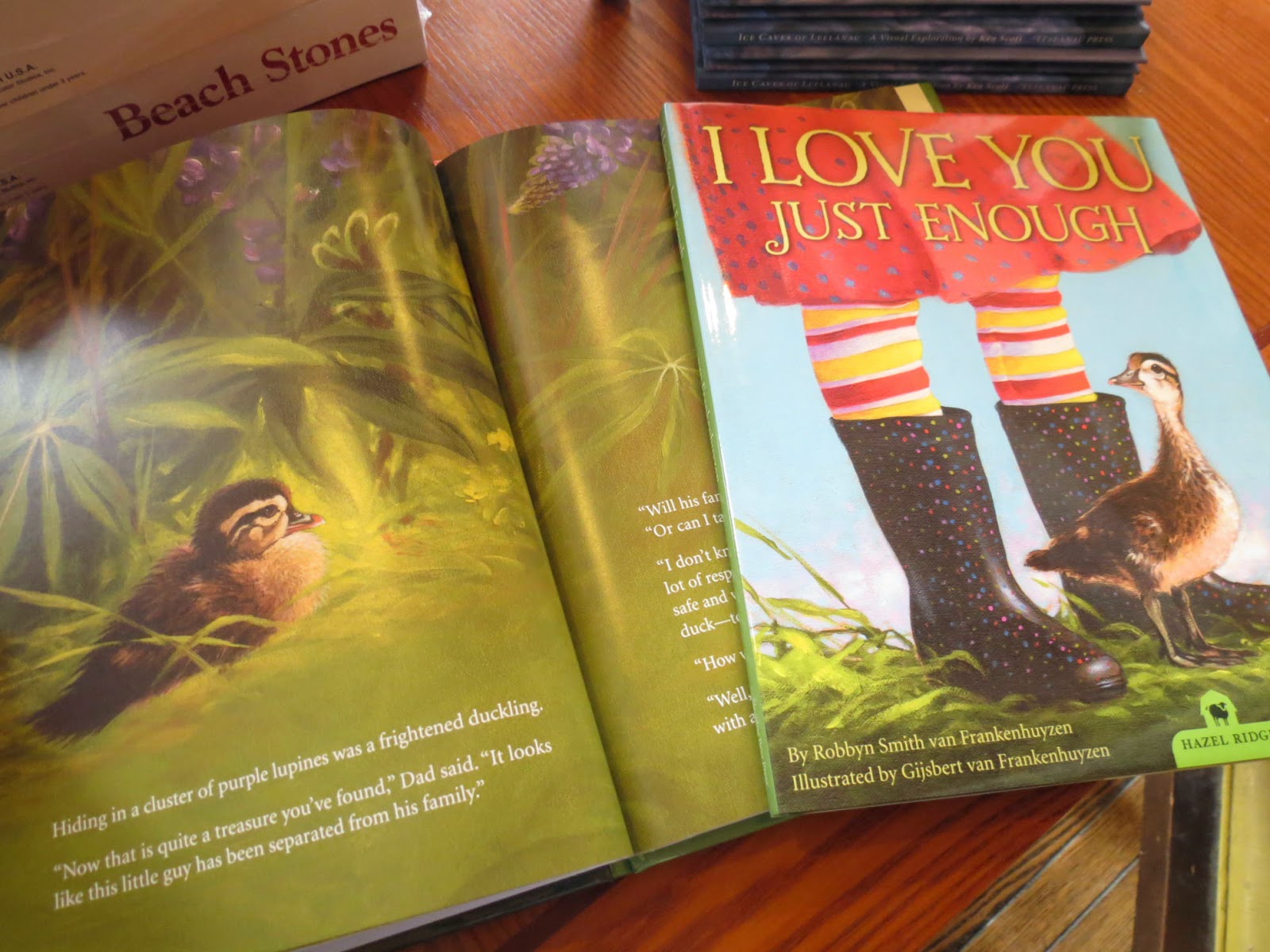 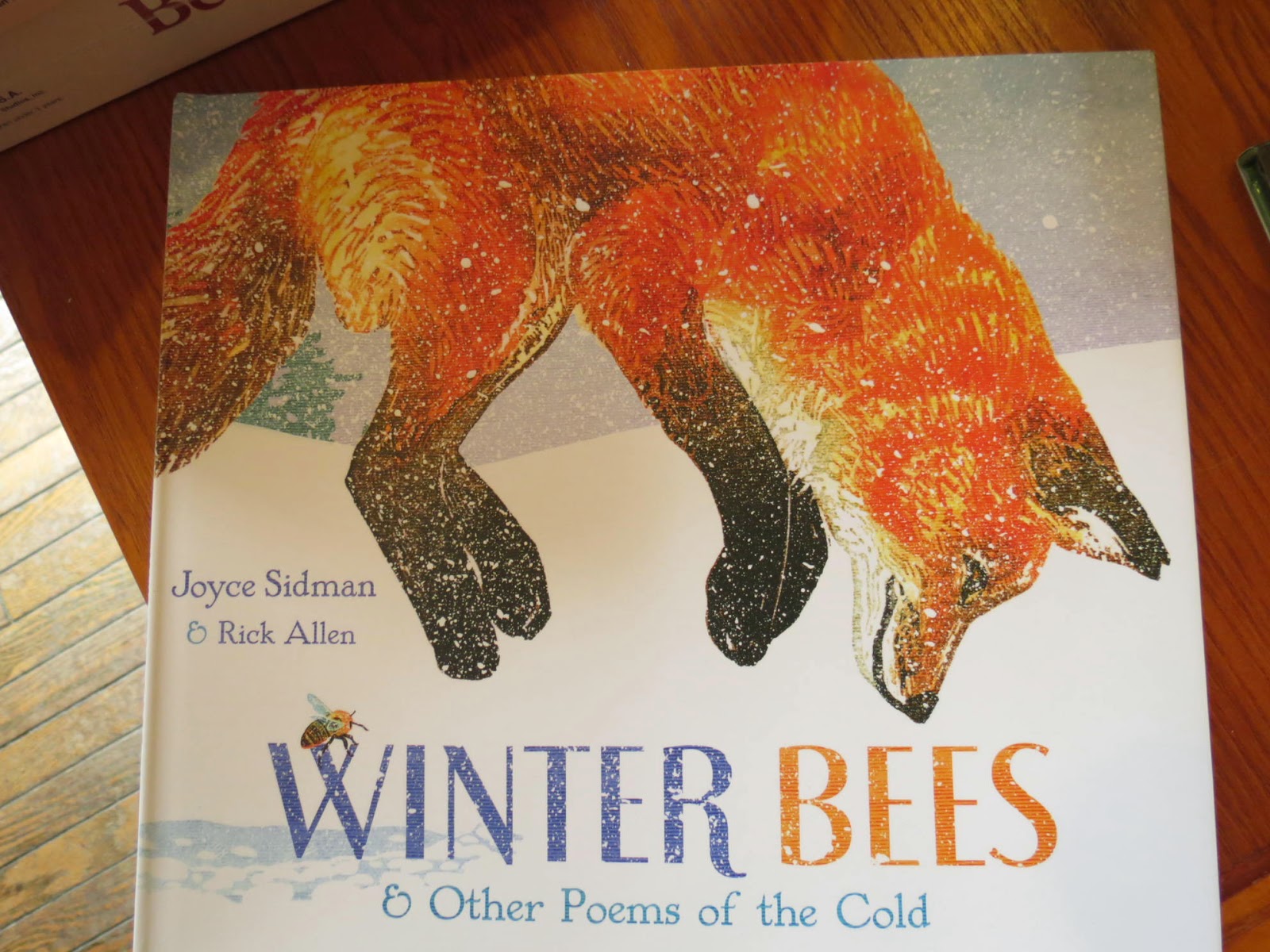 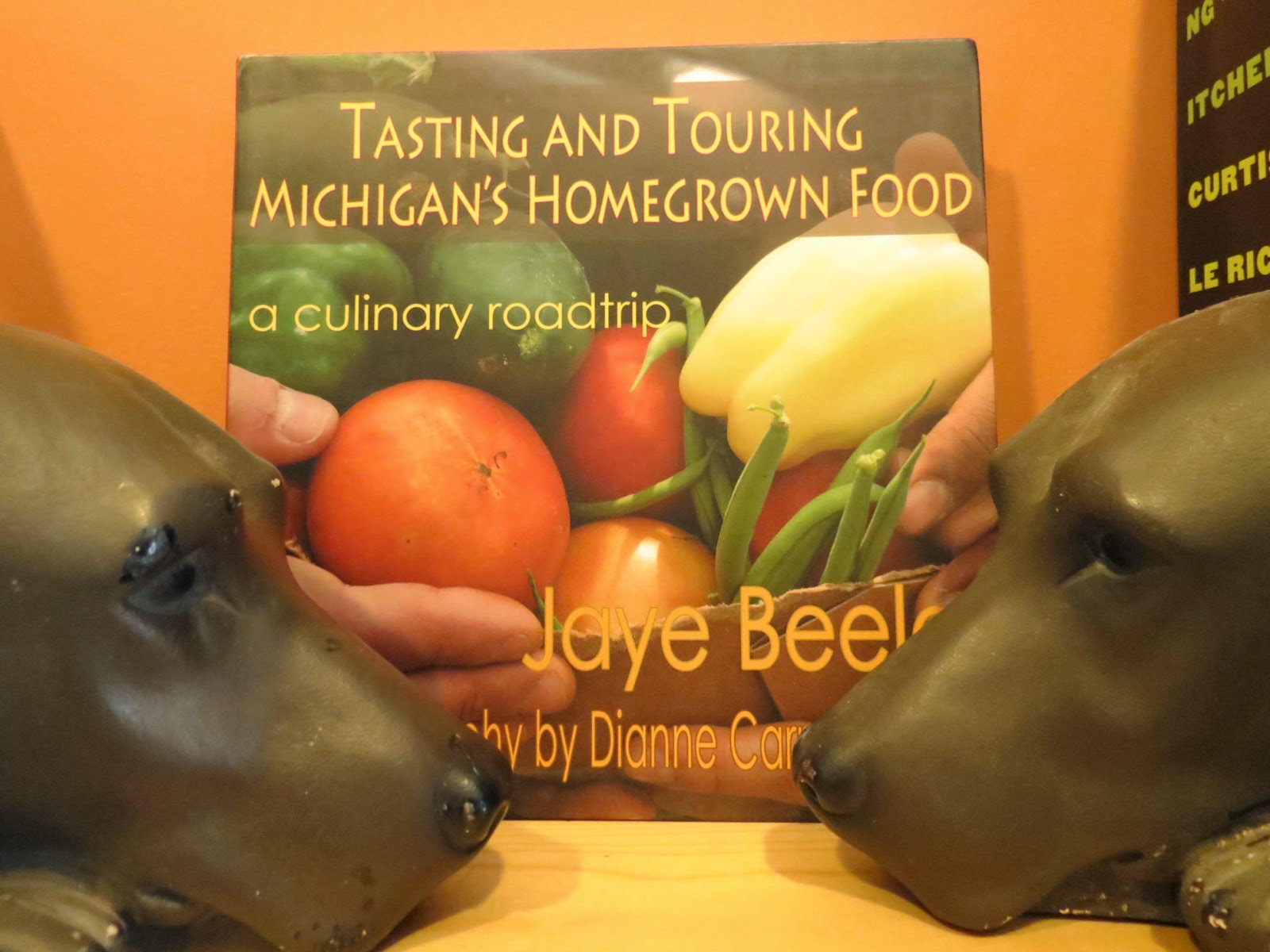 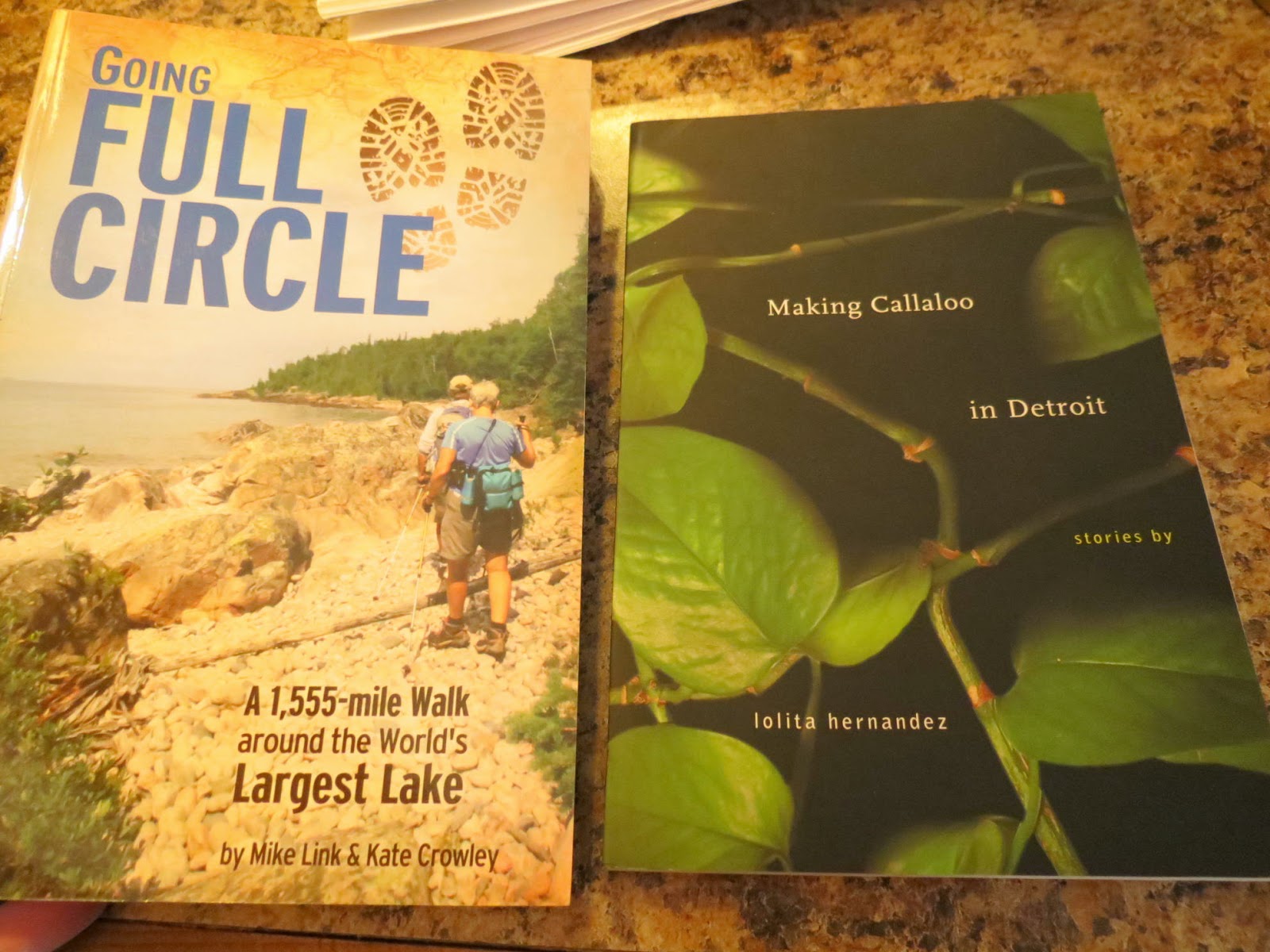 I'm afraid to say I've never read Proust, except for the pieces you've shared here. My attention span is so short. I feel like I should but know I just can't. Still, I understood a bit about what Marcel was feeling. So thank you for sharing bits of a world I'll never know. And the books at the end? A couple of those look really interesting.

Dawn, there are plenty of written works I know only by what other people say and from brief quotations and excerpts. Remember, as I always say, "No one has read everything."

I went for variety with the books at the end. My mini-review of the book of short stories, MAKING CALLALOO IN DETROIT, should appear in the next issue of NORTHERN EXPRESS.